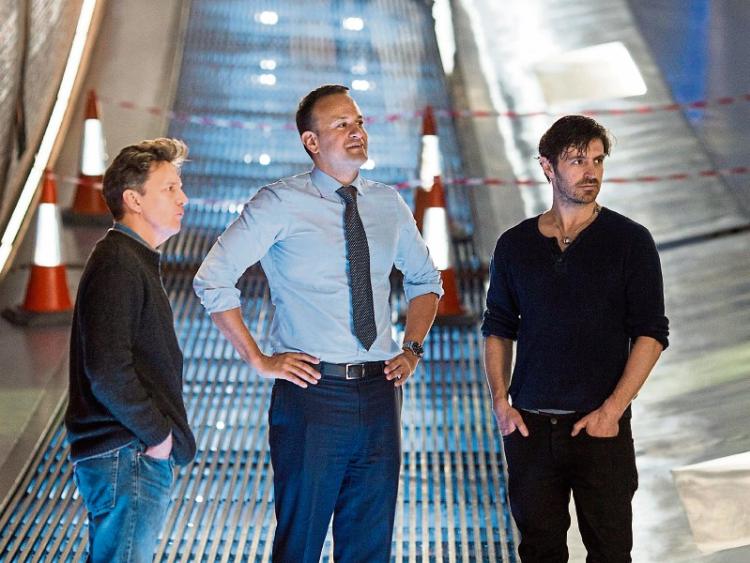 ONE of the most senior executives at NBC Universal has said the network is keen to return to Limerick for future projects after Nightflyers.

Brian O’Leary, the senior vice-president in tax counsel at the channel, which has taken over Troy studios to produce the show, also heaped praise on the staff in the city who have helped make the show a reality.

Speaking to The Leader after Taoiseach Leo Varadkar paid a visit to the studio, Mr O’Leary said: “We have been delighted with the resource we have found. We really believe there is an enormous opportunity for Ireland and this region to build upon what the city of Limerick and the Irish government has done to put this in place. We are keenly interested in coming back here, and we will continue to talk to the government about this.”

Training is key to consolidate our foothold in the region, with support from @screentraining & @LimClareETB, Troy is making a concerted effort to train and up skill for #film making. Yesterday An Taoiseach @campaignforleo was on set to meet and speak with local trainees. pic.twitter.com/G2v8lyQO5X

He also played up the potential of a second series of Nightflyers, which will premiere this autumn.

“We’d certainly hope so. It will depend on the ratings. But we are really ambitious about the opportunity here. We’re doing all we can to give this project every opportunity for success. We’re expecting to air early October in the USA, and a week or two later globally,” Mr O’Leary explained.

The production of Nightflyers brings around 325 people to work in the studio – a former Dell computer factory – daily.

Three quarters of the crew who have built the set hail from the Mid-West, while 90% of the production staff on Nightflyers are Irish. “The majority of these are from Limerick,” he added.

“There is a great synergy between what Ireland has to offer between creativity and technology and the sort of productions we are doing as an industry right now. Nightflyers is the perfect example of how the convergence of technology and the creative class really are coming together in Ireland,” Mr O’Leary said.

It is these incentives which Mr O’Leary admitted were key to NBC-Universal’s decision to come here.

”Section 41 is a critical element for our industry on a global scale. Once you have an incentive which allows a project to pencil out, you can start looking at the building blocks. Can I find a crew, can I find sound stages? Given the proliferation of production, there is a premium on stages and qualified work forces. Here we have had to train a lot of our work force for entry level productions, but it’s worked out great,” he said.