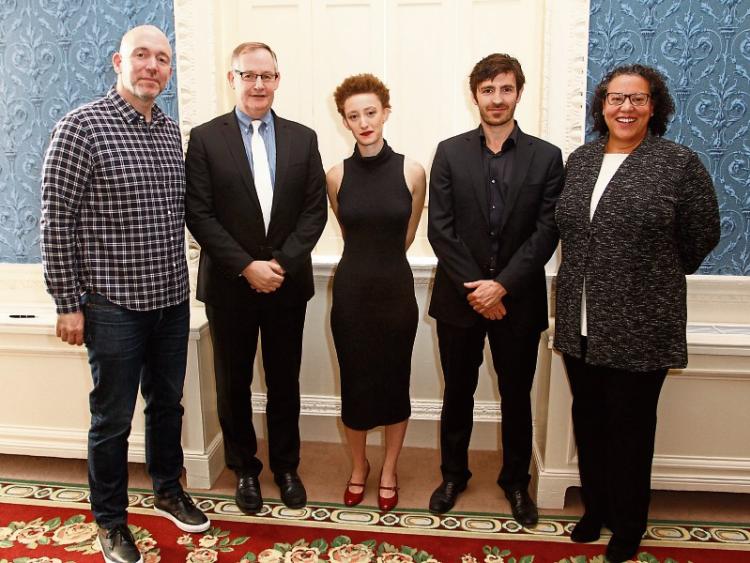 NEW sci-fi series Nightflyers which has started filming in in Limerick already has 400 people working in Troy Studios, with the vast majority from the local region.

And a high-ranking TV executive with NBC Universal, one of the world’s leading media and entertainment companies who are producing the Netflix-bound series, has said they hope Troy Studios can become a future film location.

Welcoming the launch of George RR Martin’s Nightflyers Netflix series in Dublin on Friday, Kimberley Harris, NBCU’s executive vice president said that feedback from the Castletroy camp has been “very positive” so far.

Speaking after the launch, Ms Harris said that they hope for a potential comeback after the production is complete this August.

“We really hope that this can become a location for us to film in the future, particularly we can make sure that we continue to have support of the Irish Government to do so,” she said, adding that she welcomes reports of the modern set being “absolutely fantastic”.

Limerick City and County Council CEO, Conn Murray said that he believes that Limerick “will be one of the locations on the international stage for film and television, and I do believe that it will grow outside where it currently sits”.

He added that there are an additional 15 acres on the Troy Studios site that “can be further developed in the context of what we are experiencing here”.

Former Minister for Finance Michael Noonan, who was commended for his involvement in the project, said that when they started off, they felt they “would be lucky to get a pilot.

“But with Netflix’s involvement, the pilot has turned into a series. I hope it will be a new industry for Limerick that will last for generations,” he said.

Minister for Culture, Heritage and Gaeltacht Josepha Madigan said the project was a “great cause for celebration” for Limerick.

Nightflyers is expected to reate spin-off of up to €70m for Limerick.