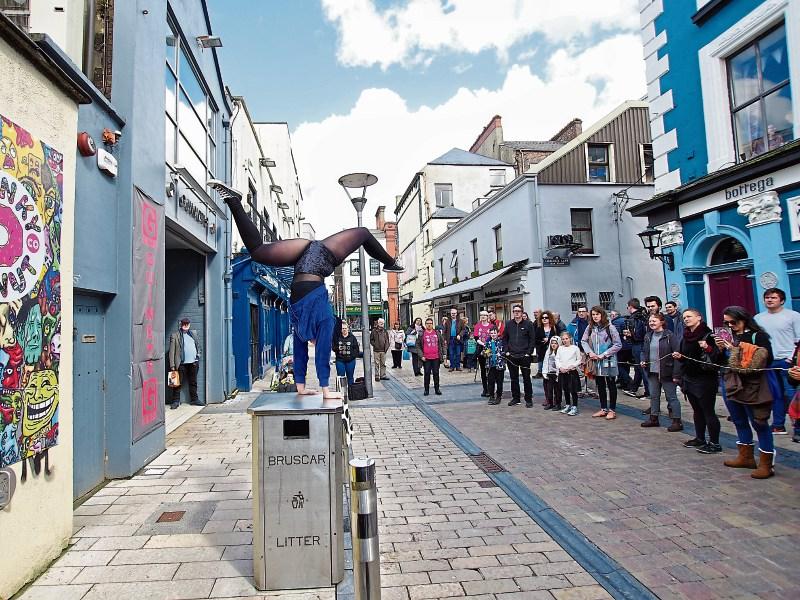 Seve Feathers In The City Still performing for a crowd on Little Catherine Street for the Fringe Picture: Pat Browne

WHEN I met with Eva Birdthistle and Simon Thompson in a local cafe just over a year ago, they were in the early stages of creating a new festival for Limerick city.

The duo, along with a number of other volunteers, spoke with energy and enthusiasm about the new Limerick Fringe festival which premiered in the city in 2017.

A year has passed and the second year of Limerick Fringe has now been put to bed after a great weekend.

Credit where credit is due - the team of organisers at the festival have created a cultural animal that most certainly deserves recognition as one of Limerick’s most exciting new additions in terms of potential and audience development.

Just to put it in perspective, here is just a little of what Limerick Fringe achieved last week. Some 79 performances took place across four days in our city. Six key venues were engaged. The diversity of the Fringe offering included cabaret, comedy, dance, music, spoken word, theatre, family events and street performances.

Limerick Fringe in the space of just over a year has achieved phenomenal recognition. How often do you see the UK Times newspaper dedicating a three page summary to a Limerick festival’s offer?

Nationally we saw TV3, the Irish Times and the Sunday Times giving it column inches. Local media were equally supportive.

At Dolan’s on Saturday evening the Fringe organising team and participants in the festival gathered to attend a cabaret finale of the festival which featured Limerick’s Brad Pitt Light orchestra.

There was a palpable sense of achievement in the room. Yes, there were dark eyes, weary bodies and frazzled brains.

But what was clear looking from afar was that this was a group of people who had invested countless man hours in a voluntary capacity to create something culturally special in our city.

When I spoke to the team in January 2017, Simon told me: “We didn’t set out with an idea and wait until we received funding.

“We are developing a product first and what happens later in terms of funding or sponsorship – well that’s for another day,” he outlined.

That day has now come. The Limerick Fringe team have proved to our city that they can attract a wide range of participants over a three-day period.

They have proved that they can get it right when it comes to promotional materials, website design, social media, marketing and PR.

They have proved that Limerick talent has the wherewithal to organise, project manage and stage manage a logistically challenging three-day cultural festival.

It is important to acknowledge that the past eight years have been an incredibly tough time for cultural practitioners in our country.

The economic recession led to enormous cutbacks in terms of cultural funding.

There can be no doubt that a legacy of our year as National City of Culture in 2014 led to the creation of the spirit of can-do that permeates our city’s cultural practitioners today.

Now that we have emerged from the economic cesspit of recent years it is time for the local business community, multinationals and other bodies to recognise what volunteer-driven festivals like Limerick Fringe can bring to our city.

I would encourage business leaders out there to take a quick look at the sponsor section of the Edinburgh Fringe to get an idea of the wide range of sectors who back the festival.

Ok, Edinburgh is big act to follow but there is no reason why the sponsorship model cannot be taken as a blueprint to ensure the continued development of Limerick Fringe.

The next piece of the puzzle is that the bigger players across the Limerick business community now recognise the value of Limerick Fringe in terms of our city’s brand, our cultural offering and the value offered to employees and citizens of our city.

If Limerick Fringe continues to develop at the rate it has in just over 12 months, the animal they have created could become a very welcome monster.

One that stood out was their plans to create a new military museum located in the former St Munchin’s Church on King’s Island.

The King’s Island part of the city is witnessing what might be considered a renaissance in terms of the personnel now in place to run some of the key tourism attractions in the area.

David O’Brien took up the reins of Limerick Civic Trust not too long ago.

Since his appointment we have seen Niall O’Callaghan (formerly of the IDA) heading up Shannon Heritage.

Most recently we have seen Niall J Sloane appointed to the role of Dean at St Mary’s Cathedral and Jill Cousins appointed as director of the Hunt Museum. 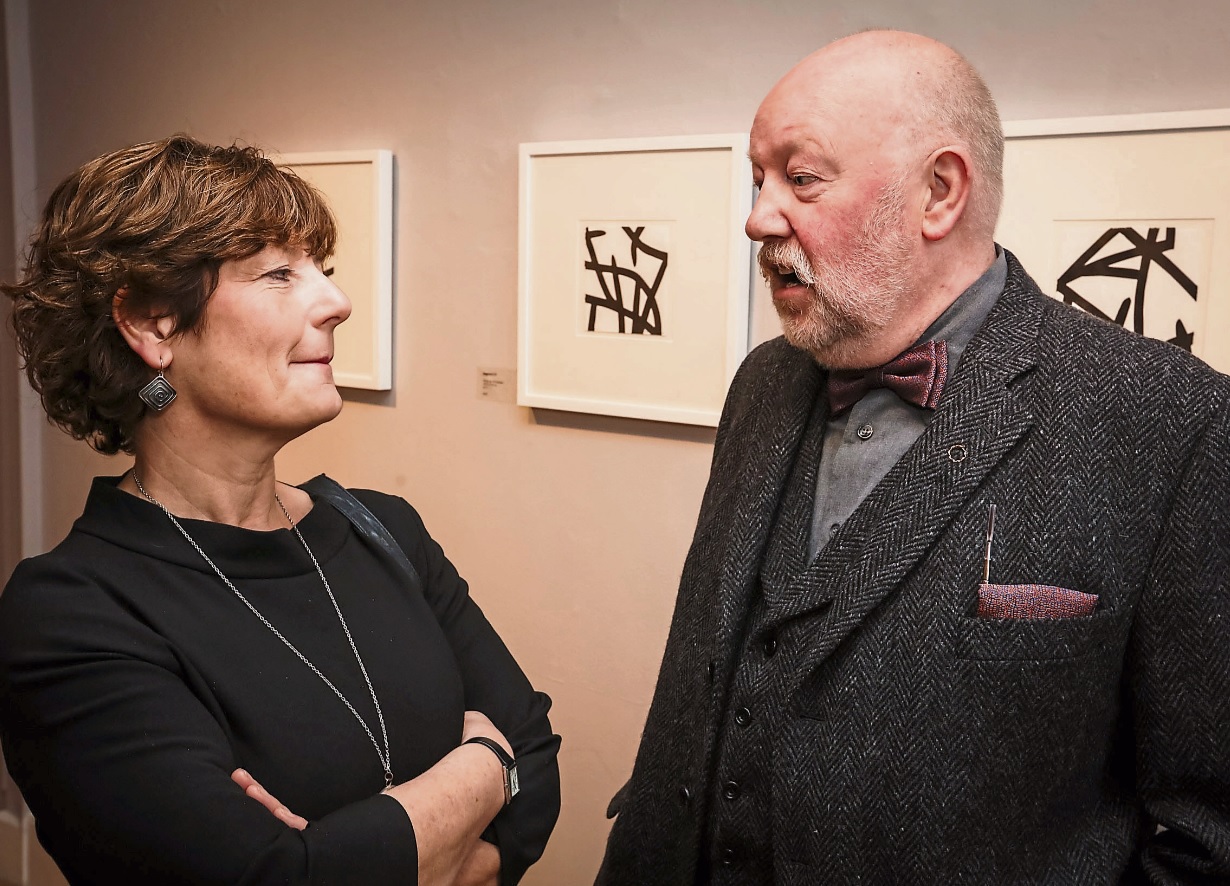 These appointments are not only bringing a fresh approach to each individual institution but also offering a new opportunity for cross collaboration as Limerick develops its tourism strategy.

It is both timely and welcoming that the King’s Island/Nicholas Street area of the city is already benefiting from the energy being brought to the table by these new cultural leaders and I wish them all well.