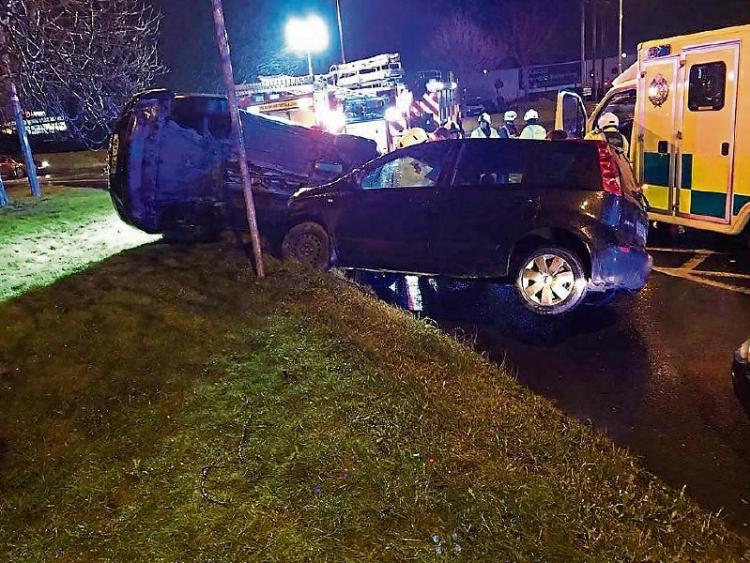 The scene of the collision at Tipperary Roundabout | PICTURE: Limerick City Fire and Rescue / Facebook

THE scene of a multi-vehcile road crash on the outksirts of the city has been cleared.

The collision, which involved a number of vehicles, happened near the Tipperary Roundabout at around 7.30pm this Friday evening.

At least one vehicle left the road and ended up on its side as a result of the impact.

Crews attended this Road Traffic Collision at the Tipperary Roundabout this evening. Thankfully no serious injuries were reported. pic.twitter.com/L3rHMYBhyI

Having been alerted gardai, paramedics from the National Ambulance Service and three units of Limerick City Fire and Rescue from Mulgrave Street attended the scene for almost an hour.

While a number of people received medical attention at the scene, it’s understood that nobody sustained serious injuries in the collision.

The road has since fully re-opened.

Separately, emergency services attended a road accident in Adare village this Friday evening which resulted in major delays for a time.

Again, there are no reports of any serious injuries.