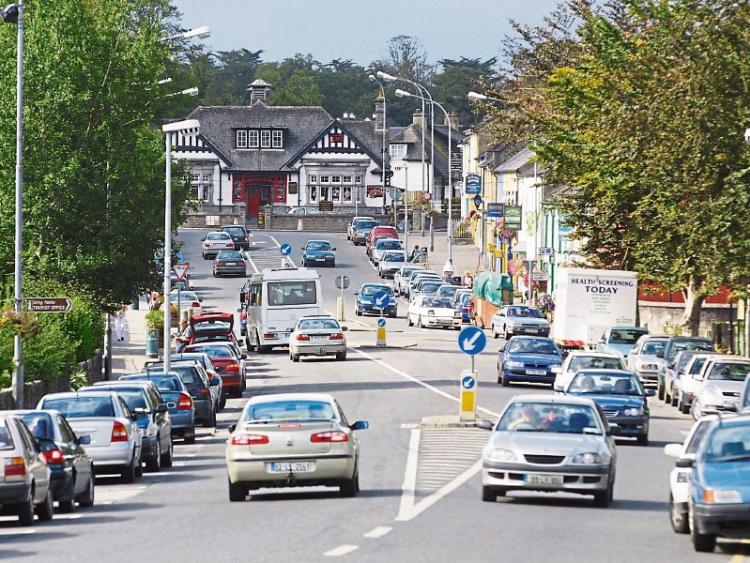 COUNCILLORS have rallied in support of Limerick's Woodlands House Hotel, after a presentation was given by its owner, Mary Fitzgerald, urging the council to reconsider its road plans.

The current design for the new Foynes to Limerick road, which would include an Adare bypass, and would mean that the exit for Adare would be situated further away from the hotel than the current main route, the N21.

According to Mary Fitzgerald and consultants representing the hotel, the business relies on passing trade for up to 80 percent of their income, and benefits from its convenient location near the Lantern Lodge at the entrance to Adare from the city.

The hotel stands to lose €3.7m annually come 2027 if the current plan goes ahead, according to a Grant Thornton consultant representing the Woodlands.

This would leave the Woodlands “open to damage”, threatening the 230 employees.

A new proposal by the hotel’s consultants, which placed the interchange exit at the Lantern Lodge and eliminated at least three roundabouts on the route to the business, was unanimously supported by councillors.

Ms Fitzgerald emphasised that her family business is in favour of the bypass, but care would be needed not to put large employers in an inconvenient location for customers.

At a special full council meeting called to debate the current route, all the councillors present - up to 37 out of the full 40 at any one time - supported the hotel’s proposed route.

Cllr Kevin Sheahan said that he “cannot understand the current design”, adding that the Woodlands is a natural “pit stop” from Dublin to Kerry.

“When did we decide in this country to destruct success?” he asked.

Cllr Liam Galvin said that “under no circumstances” could councillors support what he called “a dangerous proposal” that endangers jobs. “How can we go back to the people and say your jobs are in danger because of the stroke of a pen?” he asked.

Mayor of Limerick City and County, Cllr Stephen Keary, said that there have been “mistakes made in the past” with regards to bypasses, citing the motorway from Dublin to Limerick which has “decimated” towns.

The Lantern Lodge is “the gate to Adare”, said Cllr Daniel Butler. “To take that away is to take away something really special from a historical perspective - it would change the tourism experience of Adare,” he added.

According to Cllr James Collins, if a new business were offering 200 or 300 jobs, LCCC would be asking what it could do to help them.

Director of services Kieran Lehane said that the design team is still open to submissions, and committed to examining the new proposal closely. Once the plans are finalised, the design will be submitted to An Bord Pleanala, which Mr Lehane called “the ultimate decision maker”.

Mr Lehane said that an economist is now being appointed to assess the new designs and the economic impact submitted by the Fitzgeralds’ representatives.

Mayor Stephen Keary expressed concern that an economist has been appointed “at this hour of the day” when the route is already designed.

But Mr Lehane said that the route has been designed with economic considerations all along - the new economist is specifically tasked with assessing the Woodlands case.

Councillors will have a chance to view the next design update in February.