Kilmallock's hurling heroes reel in the year 1967 with pride 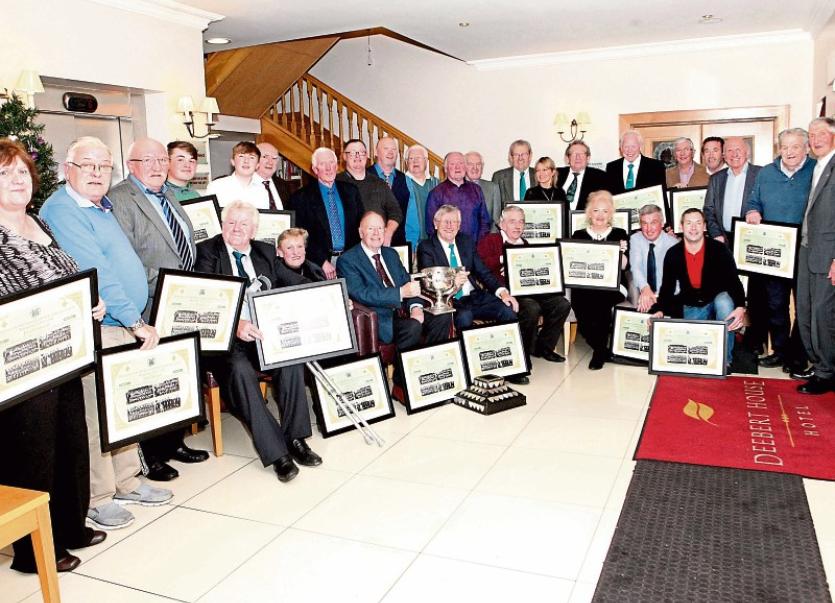 The large group, including former players, who received framed mementos for themselves, passed loved ones and those who couldn't attend the night Picture: Dave Gaynor

“IT was known as the Swinging 60s. There was a fantastic feel-good factor in the country with music and showbands.

"The number one song the week that Kilmallock won the replay was Massachusetts by The Bee Gees and the number one in Ireland that week was The Last Waltz  by Engelbert Humperdinck.”

The chuckles rang out in the Deebert House Hotel as MC Matt O’Callaghan set the tone for a night of nostalgia in Kilmallock to mark the 50th anniversary of the famous 1967 county final senior hurling win.

“The team hadn’t got together completely since the win in 1967. It got sweeter by the year,” smiled  Mick Heelan, who captained the side in ‘67 when they overcame South Liberties in a famous replay.

“There were no helmets at the time, the Ban was enforced and one player who played soccer was prevented from playing in the final,” Mick continued.

The celebrations began with a meal followed by “a fabulous powerpoint presentation by Tommy Mulcahy with shots from the year, of the various teams as well as action from the match” itself.

Presentations were then made to each individual player or a family member.

“There were a few players missing from the final through injury or suspension and those players are in that picture,” Mick explained.

The fourth photo was of the officers of the club at the dinner dance that year.

Guests on the night which included Eddie Wade and Seamus Hartigan from South Liberties GAA club enjoyed a meal before the presentations began.

“Pat Heffernan and his wife Kitty came back from Spain for the event and Paddy Wall’s wife Mary and her daughter came from Galway. We want to thank everyone who supported the event,” Mick added.

The 1967 team was the first Limerick side to represent Limerick in the Munster championship.