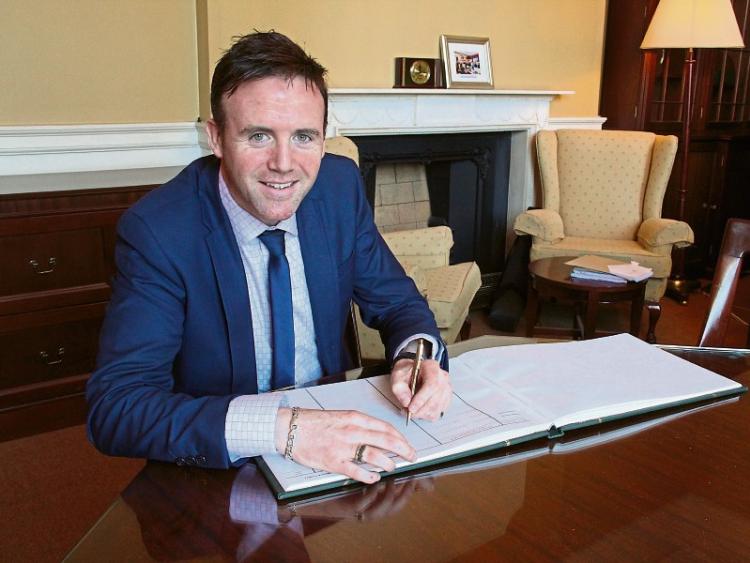 “It is an unusual pleasure to be able to respond so positively in the House to an issue of this sort.”

That’s what Minister for Transport, Tourism and Sport, Shane Ross, had to say as he announced that funding will be provided for the much debated — and much-needed — traffic calming measures in Kilcornan.

The question of Kilcornan, raised in the Dáil by local TD Tom Neville, has also been talked about at Council level, with local members of the community raising concerns about the traffic since September 2015.

“The fact that it is located along this expanse of the road (N69 on the main road) is the biggest challenge,” said Mr Neville in the Dáil.

“The focal point of the proposal relates to the community hub, which comprises the school, the GAA pitch and the Ger McDonnell Park AstroTurf pitch. On the Askeaton side, there is a blind bend and people take their lives into their hands when they come out onto the road. There is no hard shoulder and no space for cars to move from one side to another. Neither is there any room to put traffic islands in place,” the local FG politician explained.

Minister Ross replied that the work done by local councillors and council engineers, in collaboration with Transport Infrastructure Ireland (TII) will come to fruition in 2018.

“Following contact between Limerick City and County Council and the regional road safety engineer about traffic calming measures at Kilcornan, the council initiated preparation of a report on proposed measures for consideration by TII.

“In October, I understand TII indicated that the design of the proposed traffic calming measures at Kilcornan were expected to be finalised shortly. I have now been advised by TII that it is anticipated that funding will be provided in 2018 for traffic calming measures between the two junctions in Kilcornan, which will also involve a reduction in the speed limit,” said Shane Ross.

Mr Neville welcomed the confirmation, saying that “it is good news for the people of Kilcornan and the general area of the N69”.