Limerick on the up: Simvirtua finds virtual world offering up very real possibilities 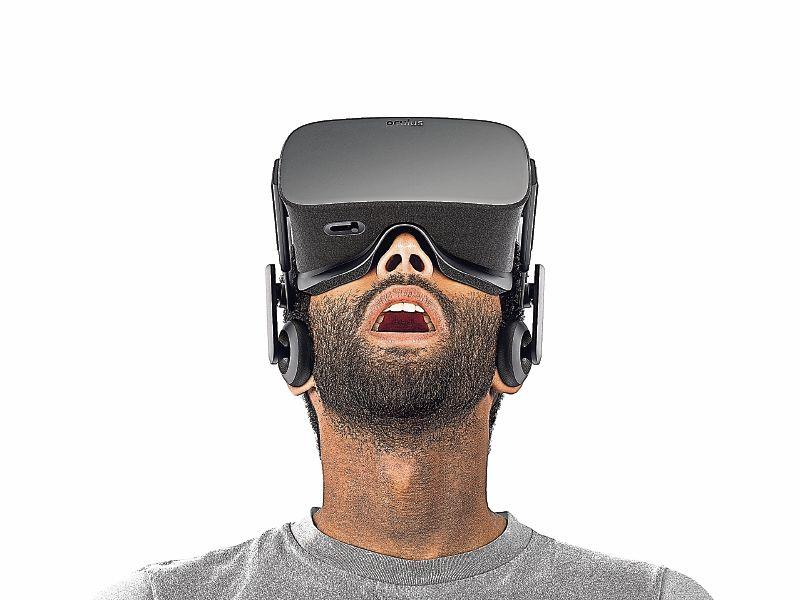 JAMES Corbett recalls the moment in his sales pitch to the ESB when the penny dropped for the men sitting across the table.

“You mean we can make them sweat?” they asked, realising the implications for their health and safety training programme of the virtual reality app James had developed.

Many people think of virtual reality (VR) and augmented reality (AR) in the context of gaming and there has been significant early uptake of the technology there.

However VR/AR development studio Simvirtua’s exploration has been in the direction of education, training, health and safety.

“There are certain niches to which VR is particularly suited and that's things where you can’t really replace the ability to see things through your own eyes,” says James.

“So a lot of the health and safety scenarios, there is a very physical element to it, a physical choreography, where if there is an emergency situation, you need to have a muscle memory for where things are around you and for what your colleagues are doing around you and to be able to react in a way that allows you to make snap decisions in that situation.”

With a headset on people are suddenly thrust into a situation that feels incredibly realistic, James says.

“Our prototype for them which was a replica of an ESB station in Limerick brought the realism of the substation, the dashboards, the control centre and all of that. So for a trainee who went in to that it was almost like a deja vu situation.

“They were developing a muscle memory that corresponded to the exact dials, buttons and switches of the substation in a way they could never do by watching videos.

“You always feel like a third party observer to a video no matter how big the screen is, whereas with VR you actually cross this physiological threshold into believing that you’re really there.”

Simvirtua like many start-ups in the region emerged from Enterprise Ireland’s new frontiers programme in the Hartnett Enterprise Acceleration Centre at LIT.

The company evolved from another one, a not-for-profit called Mission V, a first attempt at creating virtual worlds for education. The headsets weren’t around so it wasn’t called virtual reality but it was the beginning of virtual reality in schools.

It piqued the interest of LIT lecturer John Jennings who came on board in a voluntary capacity to help build that system.

When that project ran its course and co-founder Margaret Keane departed, James and John rebooted the enterprise to form Simvirtua.

What they were waiting for was an advancement in the hardware and when Facebook bought Oculus Rift for $2bn in 2014, things moved up a gear.

“That was the turning point in a lot of people’s minds that consumer level VR was something that was going to really happen when Facebook made that purchase,” says James.

“It was a pivotal inflection point in the belief that it was going to be a big new category of device.”

Now VR applications are being pitched to a range of sectors.

Marketing, retail, construction, architecture, people in the fitout sector, (corporate interior design) are all niches where VR applications are already making a mark.

Walmart is beginning to experiment in a big way in the US with VR. Closer to home, Simvirtua dipped its toes into the retail space with a programme that surprised James.

“We did a project with a student in UL who was also the manager of a Centra,” he says.

“I was sceptical but he pointed out that people shop by spatial memory; they can close their eyes and walk around and still know were things are - it’s exactly how my mother shops.

“Then there is the fact that for a lot of people the social aspect is very important for convenience stores, so Mary is used to going down to Centra at 7 and meeting Josie and that’s an aspect that’s lacking in the Amazon experience.

“So they can go down to the shop and feel like they’re interacting with people. Now I don’t know how much of that will ever play out but there is a lot of interesting experimentation going on.”

Moreso then in retail sales, car dealerships are jumping heavily into VR. New Audi dealerships are going to be outfitted with VR, because often, the car a customer would test drive is not actually in the showroom.

Drivers can instead can put on the headset and feel like they’re in the vehicle with the dashboard in reach. Things like elbow and head space are not something you can get a feel for from a web page.

Like many who started out on the New Frontiers programme or in a business incubator, James’ main benefit from the experience, he says, was the interaction with peers.

“It’s a supportive scene and a lot of people on the new frontiers programme would tell you that the most valuable thing about that wasn’t the €15,000 grant, but the meeting of like minds and the support we gave each other.

“There was a particular few months on that programme when we were in the same shared office space and in that time we were knocking heads the whole time, even though we were all doing different businesses, that was the best experience we had. I believe the support from your peers is very important.”

But start-ups have to grow up too and James sounds a note of caution about individuals and young companies indulging too much in the comfort of incubation spaces.

“In Dublin they’re ten a penny and there is now a phenomenon of what is called ‘incubator welfare’, where start-ups are going from one incubator to another and they’re almost on this gravy train whereby they’re not taking the jump out and trying to start making real sales to real clients,” he explains.

“There is more than enough support and it’s almost a problem now.

“There was a temptation there for us when we finished New Frontiers to apply to an incubator or accelerator but you know what, I made the conscious decision to fly the nest and make real sales to real customers.”

The job for Simvirtua now is to position itself in the right place to profit when that real world and the virtual one collide.

- This feature is part of a wider 32-page supplement called Limerick on the up, carried free with the Limerick Leader and available online here