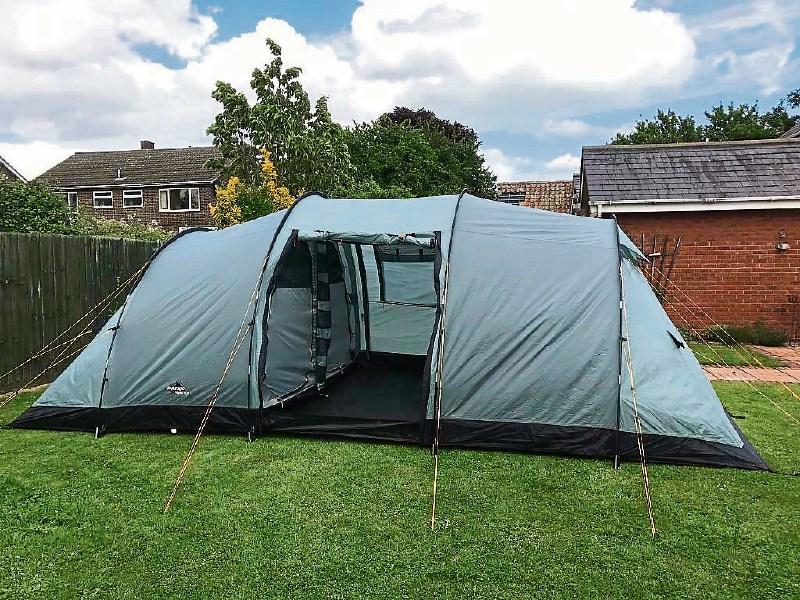 A Vango 800 tent, similar to those stolen from Croom

A LIMERICK scouting group is trying to raise funds after high-tech tents worth €3,000 were stolen.

Croom Scouts are holding several fundraisers over the next couple of months in an attempt to recoup the amount that was lost, when four expensive tents were taken in late September.

Gardaí are investigating the theft of three Vango 800 tents and a Bungalow 5 tent.

The local scouts committee are “devastated”, as the theft will directly impact the activities for the children in the coming year.

“The Vango would be an eight-person tent, and the Bungalow 5 is a mess tent, for activities or for meals,” said Anne Marie Meehan of Croom Scouts.

“At this time of year, they won’t be using the tents much. But come next April, that’s when they’d start doing more outdoors and sleeping out, especially for the younger children. Come March or April, there would be plans to go away for weekends, and there will be the end of year summer camps as well. The tents are a huge loss for events like that,” added Ms Meehan.

The group is holding fundraisers to try and recover from the loss, the first of which is this Friday.

“We are having a table quiz this Friday night in Hickey’s Bar and Lounge at 9pm. People can support by buying a table on the night, and there will be a raffle and spot prizes on the night,” said Ms Meehan.

Raffle tickets are also available in advance from Plunkett’s Pharmacy and Spar in Croom.

The scouts will also be taking part in the nationwide scouts fundraiser - the 12 days of Christmas - and locals are being encouraged to support the scouting community in the county village.

The theft of the tents has been reported to local gardaí, who are investigating the matter.