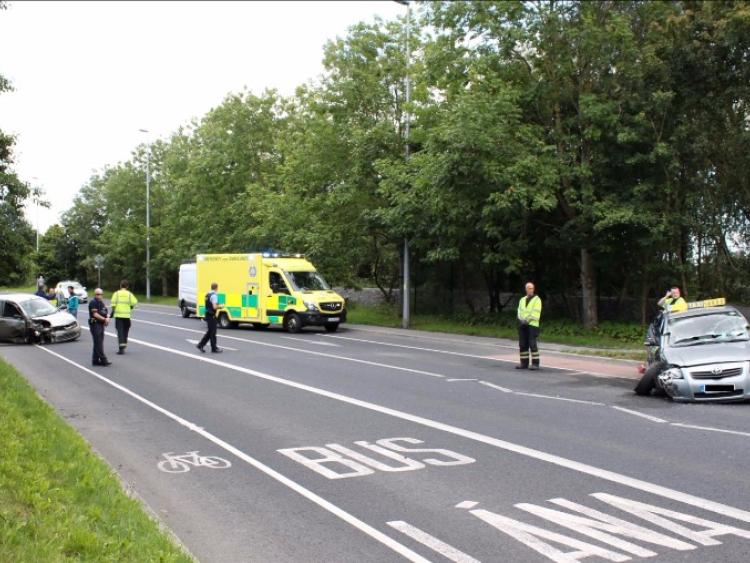 The scene of the collision - Picture: Michael Cowhey

At 2.41pm, Limerick Fire Service were alerted to the incident which occurred at the turn-off for Salesians school at Condell Road.

According to a source, two cars and three people were involved in the incident. A male taxi driver was in one car, while two men were in the other vehicle.

The Fire Service immediately dispatched three appliances from its Mulgrave Street base, and all units remain at the scene, as of 3.25pm. Gardaí and ambulance were also in attendance.

Both drivers were taken by ambulance to the Dooradoyle hospital "as a precaution", as their injuries are not thought to be life-threatening.

LIMERICK: Condell Rd closed between Clonmacken R/A and the Shelbourne Rd Lwr jct due to a crash. Gardai at scene. https://t.co/pdsEzJTRQr

Both vehicles have sustained "extensive damage", and as a result of the incident, the road has been closed off for another 30 minutes.