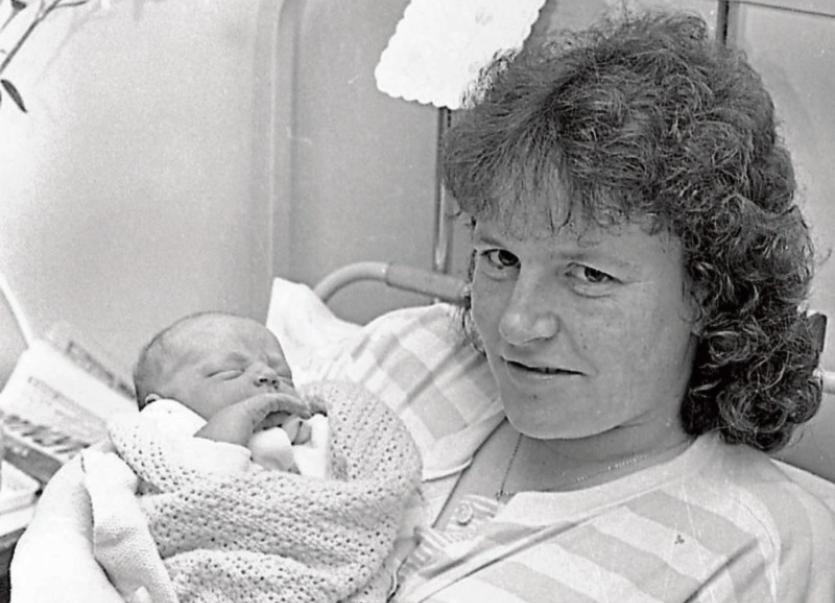 THE parents of a 23-year-old Limerick woman who was strangled to death by her boyfriend have said they will never forget what was inflicted upon their “beautiful daughter” and will never recover from her loss.

The testimony was heard as part of a victim impact statement which was read during a sentencing hearing at the Central Criminal Court this Monday.

Oisin Conroy, aged 34, who has an address at St Joseph's Terrace, Boyle, Co Roscommon, was previously found not guilty of the murder of Natalie McGuinness by reason of insanity.

Today, he was formally committed to the Central Mental Hospital by the trial judge – Mr Justice Tony Hunt.

Natalie McGuinness (pictured  below) was born in Limerick and attended the national school in Bruff before moving to Sligo as a teenager.

During the trial earlier this month, the court heard that Mr Conroy “believed he was in the Matrix” and strangled Ms McGuinness to death in order to save her.

Mr Conroy told gardai there was a struggle in his mind “between the devil and Jesus” and that a voice came in his head saying he had to kill his then girlfriend Ms McGuinness.

Mr Conroy with an address at St Joseph's Terrace, Boyle, Co Roscommon was charged with murdering Natalie at The Mews, Mail Coach Road in Sligo on October 28, 2015.

He pleaded not guilty to murdering Ms McGuinness by reason of insanity.

On July 7, after 24 minutes deliberations, a jury of six men and six women returned a verdict of not guilty by reason of insanity.

This morning, prosecution counsel Ms Tara Burns SC told the court that she had been asked to read a victim impact statement written by Natalie's mother Mrs Catherine McGuinness on behalf of both parents.

The court heard that October 28, 2015 was the day the McGuinness’ family “lives stopped being normal.”

Mrs McGuinnes, who is originally from Fedamore, said they feel “emotionally battered and bruised as parents” and they can no longer live “an ordinary life.”

“A parent should never have to receive the devastating news that their child has died whatever the circumstances but we can never forget what was inflicted upon our beautiful daughter Natalie before her young sweet life came to an end,” she said.

Mrs McGuinness said their “beloved Natalie” has been taken from them “forever” and they can “no longer make sense of” their lives. “We cannot believe that we will never get to hear her voice or see her again, our hearts suffer from the deepest wounds from which they will never recover,” she said.

“Sitting in a criminal court for the first time was a very difficult task, so hard to listen to and to take in. The language barrier has reinforced our feeling of isolation. We are still in shock from the whole event,” she said.

The court heard that Natalie was born in Limerick on New Year’s Day in 1992 and it was “the most precious gift” they could have hoped to receive for the start of the New Year.

Mrs McGuinness said that prior to Natalie’s birth she had lost twin girls who both died at two day’s old and a boy who died at six months old.

“You can imagine our delight when Natalie was born, she made the headlines that year for all the right reasons which of course made us even prouder. New Year’s Day will never be the same for us again because it was her birthday and more importantly the start of another year without her,” she said.

Mrs McGuinness said her daughter was “a bubbly and vibrant child”. “She was a daddy’s girl and she loved reminding him that she was his favourite child. She had him wrapped around her finger and John misses that so much,” she said.

The court heard that Natalie was accepted onto a childcare course but she did not get to do this before her death.

Her daughter’s greatest attribute was “her love of children” and she had a “special way of communicating with them”, she said.

“Natalie now has a niece who was six weeks old when she passed and a nephew who never had the privilege of meeting his auntie Nat-Nat. The love and attention she would have showered on her niece and nephew is beyond and they now have to miss out on all this,” she said

Mrs McGuinness said that as Natalie’s mother she will never “recover from her loss.” “I have not only lost a loving daughter but also a best friend. I miss her phone calls and text messages. It took me awhile to come to terms with the silence of the phone and the home,” she said.

The court heard that Natalie and her mother had long chats in the car with some being more serious than others. “Our last serious chat was about Karen Buckley (RIP) and Natalie asked how could any parent cope with the news that their daughter was taken from them at the hands of another human being. How ironic here we are now in the same situation. I couldn’t answer her truthfully that day and to be honest I don’t think I still can,” she said.

Mrs McGuinness said her daughter was “so innocent” and “saw the good in everyone”. “It’s all so surreal and hard to deal with even after 19 months, we don’t believe this is real and happening to our family,” she said.

“We will mourn Natalie’s loss every second of everyday we live. We have been given a life sentence. Natalie was an extraordinary daughter and human being and did not deserve this fate,” she said.

The victim’s sister, Jodie McGuinness, then read a second emotional victim impact statement from the stand.

She said she was 19-years-old when Natalie passed away and she was expecting a baby boy. “We planned so much for the future. While I was waiting for my first doctor’s appointment she had it all figured out; who would do night feeds, who would change nappies, who would do all the other baby duties,” said Ms McGuinness.

“It’s been 591 days without her on this world and it feels like a lifetime. The clock doesn’t stop, the day’s don’t get slower, the memories don’t fade, the anguish doesn’t go away,” she said.

“To say Natalie was innocent and naïve is true but I’m sure that everyone sitting here has trusted a doctor’s opinion. Just like Natalie did, she trusted that if a doctor could see Oisin fit to be in public then that was that. She trusted in the doctors and was proven wrong. Nobody could have foreseen the events that happened that morning but hindsight is a great thing,” she said.

She said her sister was supposed to “guide” her through the “tough times” and “dance” her “through the good times” but that has all been “ripped out” from under her feet.

She said Oisin Conroy has affected “hundreds of lives” and left half a country grieving “for a girl that should not have died.”

Dr Mohan said he was Mr Conroy’s treating doctor at the CMH and was acutely psychotic upon his admission in October 2015. He said Mr Conroy’s insight into the death of Ms McGuinness was very poor and he did not accept that he had killed Ms McGuinness.

“He continued with the deluded belief that he was part of an alternate universe and it took several months for medication to have an effect, he remained very much out of touch with reality,” he said.

Dr Mohan said as the anti psychotic medication took effect he began to realise the enormity of his actions and began to feel extremely remorseful. He said Mr Conroy went into a depressive disorder at the time.

The witness said he has had a role in Mr Conroy’s care at the CMH since June 2016 and he has continued to make progress with his recovery.

Dr Mohan said he assessed Mr Conroy on July 12, 2017 for the purposes of preparing this report and said that Mr Conroy suffers from chronic paranoid schizophrenia. He said this was characterised by positive symptoms such as delusional (false fixed) beliefs that he had special powers.

“Mr Conroy’s delusional belief incorporated an alternate reality, which he referred to as “The Matrix”. He thought others could hear his thoughts and he was hearing voices that were not present,” he said.

The court heard Mr Conroy’s illness remains only partially treated and he continues to suffer from a mental disorder. He said he continues to require ongoing treatment with anti psychotic and antidepressant medication. He has not yet developed full insight into the nature of his illness or his offending behaviour, said Dr Mohan.

The witness said the severity of Mr Conroy’s illness is such that failure to admit him to an approved centre would be likely to lead to a serious deterioration in his condition and he is in need of inpatient care and treatment.

Dr Mohan recommended to the court that Mr Conroy be committed to the CMH and he confirmed that there was a bed available for him there today.

Mr Justice Tony Hunt said it was clear Mr Conroy needed close supervision for the foreseeable future and he made an order committing him to the CMH for inpatient care.

In conclusion, the judge said he hoped it was of some consolation for the McGuinness family that they were able to give victim impact statements and it would be of some help in the future.

“I can say the evidence confirms what is obvious that Natalie was clearly a very kind and exceptional person. I would like to add my condolences to the McGuinness family on their loss,” he said.