Blaze took 30 minutes to put out 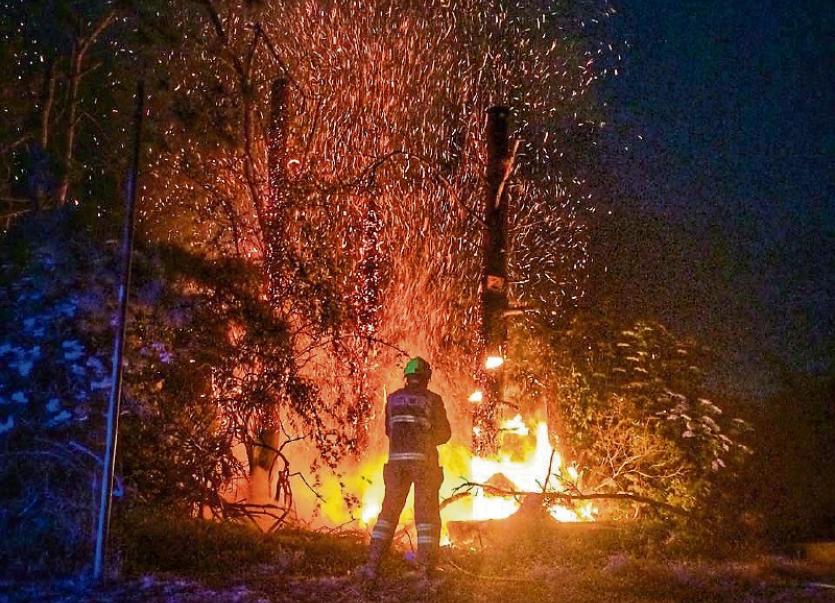 Limerick Fire and Rescue posted this photograph on Social Media

Crews from Limerick Fire and Rescue attended the scene of a tree fire in the Dooradoyle area of the city on Saturday night,

The alarm was raised at around 10.50pm after members of the public noticed a large tree was alight at Garryowen FC’s grounds at Dooradoyle Road.

One unit from Limerick Fire Station at Mulgrave Street was dispatched to the scene where crews quickly put out the blaze.

The cause of the fire, which took around half-a-hour to put out, is not known.

There are no reports of any injuries or damage being caused.