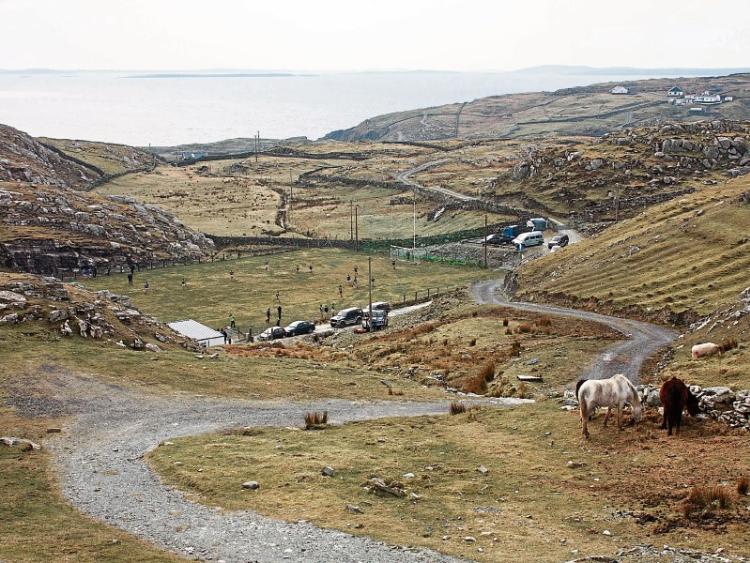 A PHOTOGRAPHER from Murroe who spent seven years capturing the action of grassroots GAA games in their ‘unique and amazing surroundings’ for his book Gaelic Fields will be exhibiting images from the work at this weekend's annual Comórtas Peile na Gaeltachta festival in Mayo.

The exhibition will take place in Tourmakeady on the shores of Lough Mask and will be part of the wider celebrations at this year's festival. Comórtas will run from this Friday, June 2 to June 5, with male and female finals being shown live on TG4 on the last day.

Football games between men and women from across Ireland's Gaeltacht areas and Britain will be played at this celebration of Irish language and culture.

The GAA president, Aogán Ó Fearghaíl and GAA commentating legend Mícheál Ó Muircheartaigh will be among the many Gaelic games figures in attendance.

In creating Gaelic Fields, Paul Carroll has produced a photographic documentary focusing on the backdrops of fields and grassroots games throughout every county in Ireland. Starting the work in 2010 he travelled over 50,000kms focusing exclusively on club games. 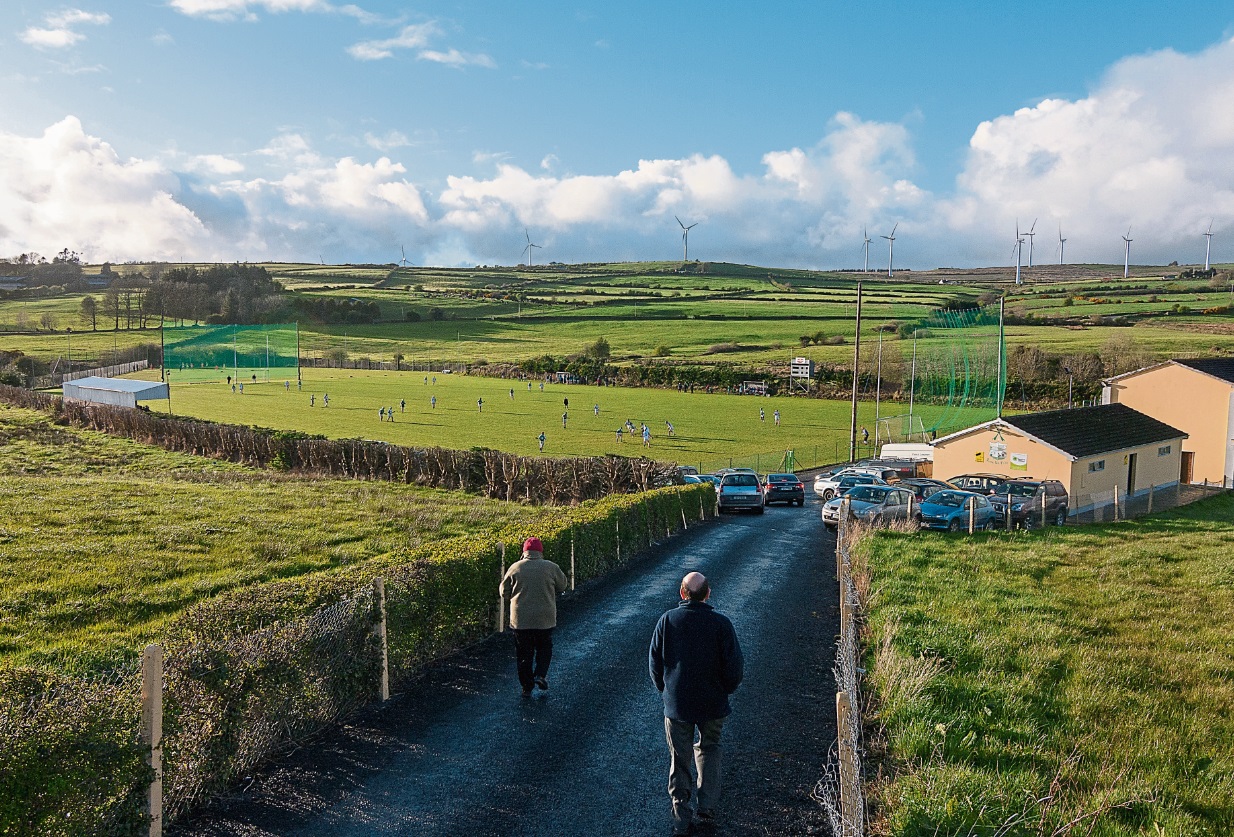 The exhibition will feature the beauty of Gaelic games played on Inisturk Island and eight other locations from across the 32 counties.

The photobook received some critical acknowledgement when it was selected as one of The Irish Times photobooks of 2016.

The publication of Gaelic Fields was funded by a successful Kickstarter campaign Pau ran in August and September of 2016. In 28 days he raised over €14,000 in pre-orders via the crowdfunding platform. 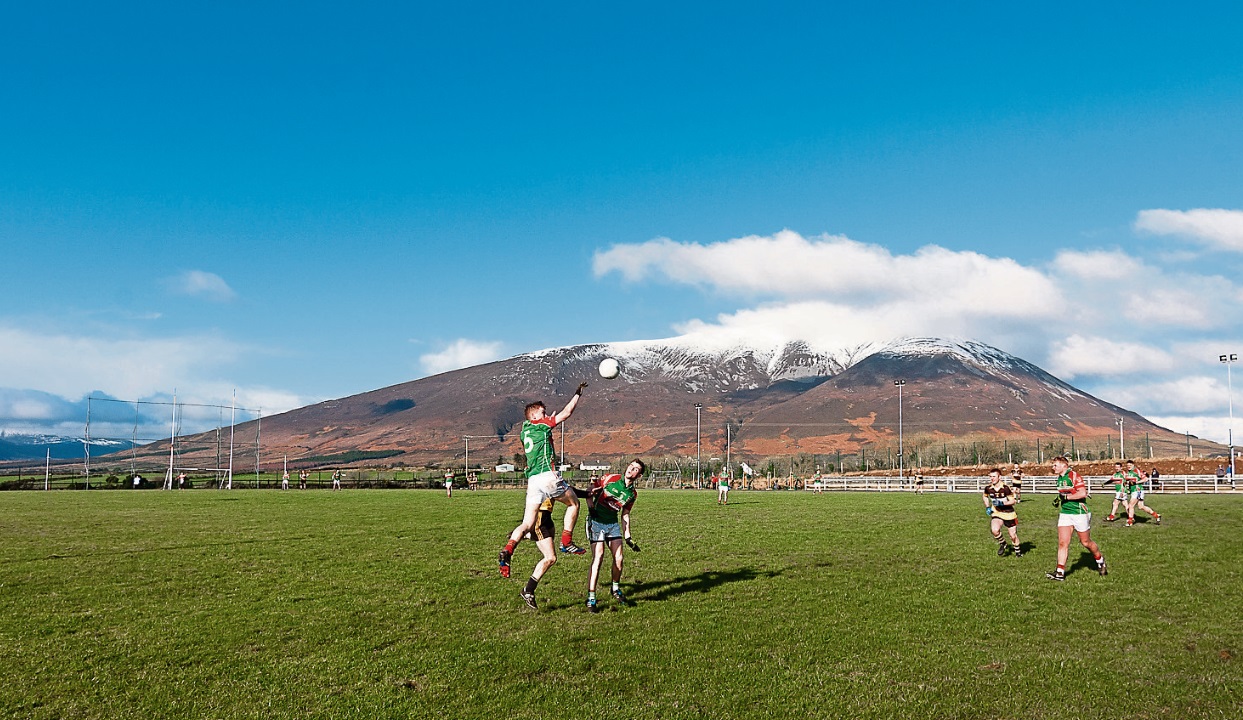 It's the first photography documentary to focus exclusively on grassroots Gaelic Games and the locations they are played. He decided to tackle the project after being inspired by Dutch photographer Hans Van Der Meer's work European Fields. Van Der Meer photographed grassroots soccer games throughout Europe over 10 years.

Paul realised that grassroots Gaelic Games had never been captured in this way in Ireland.

"We are often not mindful of what’s around us. We Irish can take for granted the amazing locations and beauty in every county on the island. We tend to romanticise and enjoy Ireland more when we are away," said Paul.

He set out to explore the different locations of clubs and the identity they bring to communities. What he discovered will be common knowledge to people within small GAA communities everywhere:

"The club is a local support system which accommodates all social levels in both urban and rural areas. During the seven year period it took to create Gaelic Fields, clubs have withstood a recession and the mass emigration of many of its young players. It's a vibrant and important grassroots movement."

The photography journey was funded by his work in two social care settings in Cork city. One of these posts is working with 18-25 year olds who are at risk of being homeless. The other is as organiser of Cork's Homeless Street League. In his free time Paul travelled more than the circumference of the earth within Ireland capturing the shots.