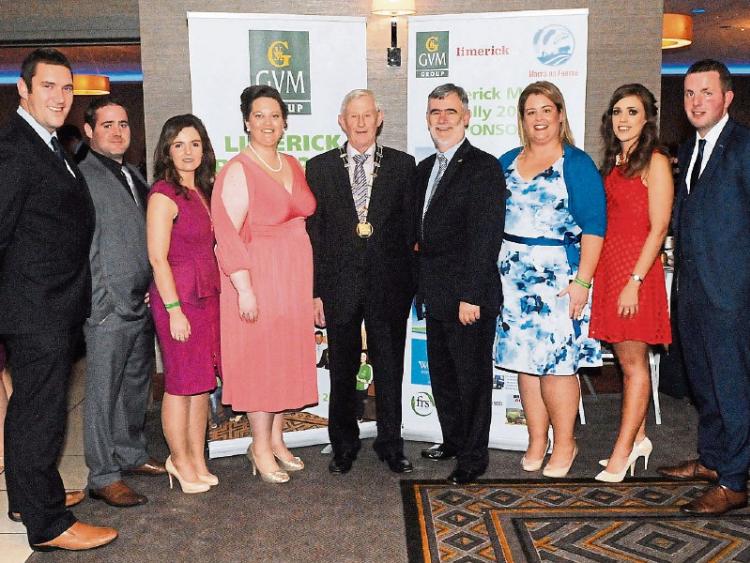 OVER 3,000 Macra men and women from around the country descended on Limerick for a Bank Holiday weekend they won’t forget in a hurry.

Limerick Macra put in a Herculean effort to organise a huge number of events that showed the county and city at its best. It was the first time the rally, or annual conference, has been held here in 16 years.

“It was an unbelievable weekend. They organised it brilliantly – having over 3,000 arrive in Limerick was a big boon to the local economy. They were the most talkative and friendly people you could wish to meet. It was lovely to see that friendship. I really enjoyed it,” said Cllr Gleeson. The main sponsor was GVM and Tom Crosse says they were proud to support it.

“GVM Auctioneers were delighted to be associated as main sponsor of the National Macra Rally held in the Radisson Blu. Many of the GVM board would have cut their teeth in Macra in their youth and GVM felt it be appropriate to give something back to this wonderful organisation which is of enormous support for young farmers the length and breadth of Ireland,” said Mr Crosse.

Deputy Tom Neville, who attended the Reaching your Farming Potential conference in the Rathkeale House Hotel, said it was fantastic to see such a big turn-out.

“There were members from all over the country and it is appreciated that Rathkeale was chosen as part of their visit to the county. We were given an excellent presentation by 2012 Macra Young Farmer of the Year, Dermot O'Connor, from Shanagolden. He gave a detailed analysis of his process in running his farm, business planning and getting the best from his assets.

“I found his approach extremely educational and scientific and it's a blueprint that could be diversified into other industry fields. Agriculture is the backbone of County Limerick and it’s fantastic to see extremely progressive ideas and processes being created in the area,” said Deputy Neville.

It began on Friday with Laois Macra members cycling 70 miles to Limerick to mark their 70th anniversary and to raise funds for the Bumbleance service. Minister of State Pat Breen and Limerick Macra chairperson Niall Long officially opened the rally in the Radisson Blu Hotel.

Just a flavour of some of the other events were: Know Your Ag quiz, fancy dress party, visits to Irish Cement Cooper Hill Farm, McDonnells in Shanagolden, Donal Scully, Banogue, Samco in Adare, tour of Thomond Park and King John’s Castle, club of the year competition, stock judging in Kilmallock and it all finished with a gala banquet in the Radisson. Limerick Macra and the rally committee, chaired by Yvonne Daly, wished to thank everyone who supported the weekend.