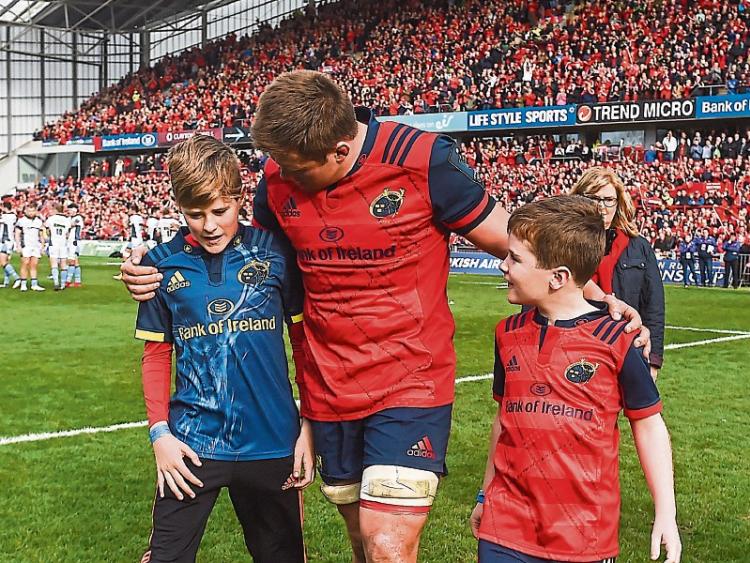 Tony and Dan Foley with CJ Stander of Munster after the match at Thomond Park Picture: Sportsfile

ANTHONY Foley's family have thanked the public for an 'amazing response' to an online campaign set up by his 11 year old son.

Foley's son Tony launched the #8masses4no8 Facebook campaign on Monday, asking people to go to Mass and light candles over the next eight Sundays for deceased loved ones.

A Facebook page - Axel Foley Memorial - set up to spearhead the campaign has over 25,000 likes and a statement was posted this Tuesday afternoon by the family.

"To say that Tony, Dan, Olive and family are heartened by the response to Tony’s initiative yesterday with his #8masses4no8 campaign would be an understatement," it says.

"It has put a smile on his face at a time when, as you can imagine, smiles are not that easy come by. We’ve been overwhelmed by people committing to the campaign - to attend Mass over the eight Sundays and/or light candles for their own loved ones.

"We’re particularly humbled by those who will be including Anthony in their prayers as they remember their own loved ones who have passed. That is, indeed, a great privilege.

"We’ve had messages of support for this campaign from here in Killaloe, from Limerick, from across Munster, Australia, New Zealand, France, the UK, missionaries in Africa, the Far East. We’ve had messages from school students, from teachers, from rugby fans and players. We’ve been delighted with the support coming from other faiths, including Buddhism, Church of Ireland, Islam, etc.

"We’ve had people tell us of how Tony’s campaign has brought them to, and remember, loved ones long since passed. That has particularly heartened us.

"We have been, again, so taken by all the tributes to Anthony.

"We want to use this opportunity to not alone say thank-you for this amazing response but to remind one and all of Tony’s ask – for people to go to Mass and/or light a candle to remember a loved one on each of the next 8 Sundays (all the better if you remember his Dad in doing so).

"Please, please send us in images of your candle when you light it, as we want this page to burn bright in memory of your loved ones as well as Anthony.

"As for Tony himself, he has a simple message today: “Thank you for your support”. He’s being kept up to date on progress and is really delighted by your response.

"He has received so many messages and images that it is impossible to respond to all individually but he is so grateful for every single gesture. All are equally appreciated but allow us to post the first ‘candle’ image today. We had intended not posting any image until next Sunday, Anthony’s birthday, but felt this image, which we received today from 6th year students at Beneavin College in Finglas, captures everything this campaign is about – remembering others who have gone and, indeed, Anthony Axel Foley." 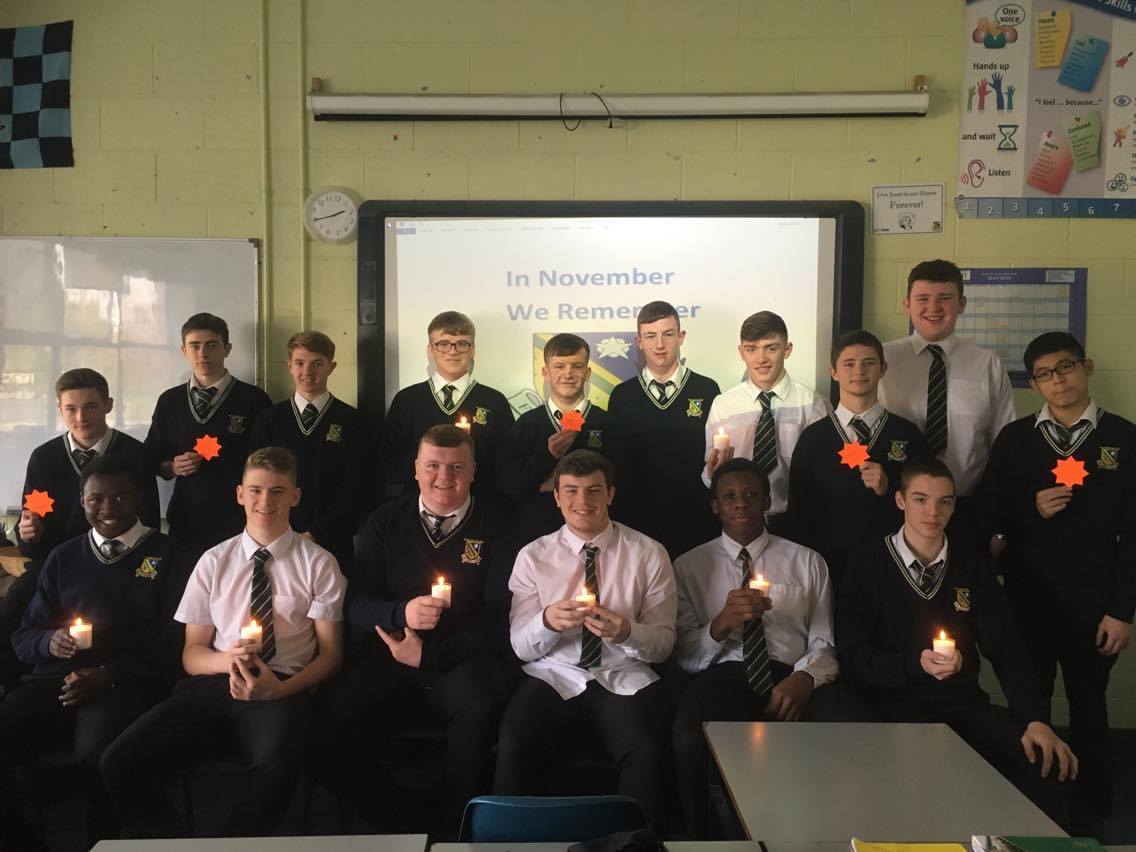 The Bishop of Limerick and members of the clergy in Limerick have praised as “moving and inspirational” the gesture by Tony Foley, endorsing the campaign.

Bishop Leahy said he it was a deeply touching and selfless gesture at a very tragic time for the Foley and Hogan families.

“This is both moving and inspirational. The Foley and Hogan families have found themselves in one of the worst places imaginable. But yet this young man has been moved by the support they have received to, in turn, think of others.

“Like everyone, I was very struck last week by his mother Olive’s strength in the face of this tragedy, not least in her eulogy at the funeral mass on Saturday.  She is clearly a woman of deep faith and it will help her through this very difficult time. That faith is clearly passing off onto her sons.

“The beauty of this Facebook campaign is the courage that the family is showing in acknowledging they are not on their own, that there are many, many like them who have lost loved ones also.

“The campaign starts next Sunday, which is on his Dad’s birthday and that adds even more poignancy to it.  But we are also moving into November, which is the month when we remember those who have gone before us. Tony’s call is, therefore, hugely timely as while people never forget those who are gone, Mass is the greatest prayer we have to remember them with.

“This really is a powerful movement that this young man has started and the response has been huge by all accounts. It’s really is a movement of love and remembering inspired by an 11 year old boy. He really is a credit to his father and mother.”

The rector of one of the longest-standing religious orders in Limerick also praised the appeal by rugby legend Anthony Foley’s son in encouraging people to attend mass in the eight week in the run-up to Christmas.

Fr Seamus Enright, rector of the Redemptorists at Mount St Alphonsus in the city, said he was heartened to read of the online appeal made by Tony Foley, particularly as the weeks leading up to the festive period can be lonely for so many people who have lost loved ones.

People in France, Australia, New Zealand and a priest in Swaziland are among those to have expressed tributes on the page – to the late rugby coach, and in memory of their own families at this poignant time of year.

The number eight also has a special significance for the family, as Anthony wore the number 8 jersey in the days when he lined out for the Munster team.

Michael Smyth, an Irishman in Tanzania, was among those who praised the initiative.

“I have great memories of Axel and I will remember him at Mass for the next eight Sundays. May he rest in peace and may his family find comfort in the prayers of so many people,” he wrote online.

Karen Dominic Crotty, who lives in Wisconsin in the United States, wrote: “Dear Tony, We will pray for your dad, you, your mom and your bother for the next eight Sundays and the eight Sundays after that and on every Sunday. James (age 12) Niamh (age 10) and Liam (age 6) have been thinking and praying for you all week and have asked all their American school friends to pray for you too. You are a strong brave boy and this would make your dad proud. From all the Crottys.”

Galway woman Teresa Connolly added: “That is a brilliant idea and fair play to you Tony, to think of it especially at this difficult time. I hope it will help you and all your family to come to terms with your great loss. Your dad will be so proud of you. Take care.”