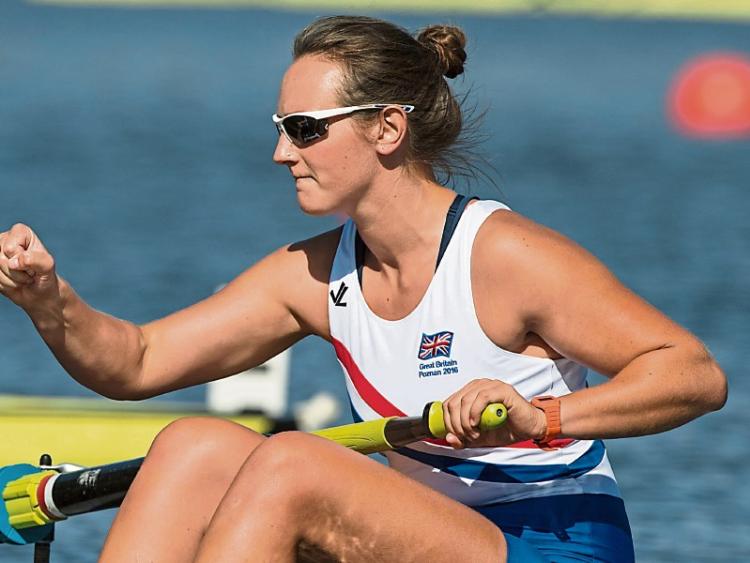 Ailish Sheehan died from her injuries this Friday afternoon

President Michael D Higgins has led tributes following the death of Limerick rower Ailish Sheehan from injuries she sustained in a fall in Poland last weekend.

The 23-year-old Kildimo native was critically injured in a fall hours after competing at the World University Championships in Poznan.

This evening, President Higgins said it was "with great sadness" that he learned of Ailish's death.

“A talented rower and student of design, her loss will be felt acutely by her teammates and colleagues. This is a cruel blow for all those who were so were impressed by her rowing success," he said.

Ailish, who is a former member of St Michael's Rowing Club in the city and competed for Ireland at youth level, died with her parents John and Catherine plus her sisters Niamh and Áine by her side in Poznan.

The extent of her injuries were such that life support was turned off.

The accident happened on Sunday last while she was celebrating after taking a bronze medal with the British women’s four.

Minister of State for Tourism and Sport, Patrick O'Donovan, has expressed his condolences to Ailish's family while the Mayor of Limerick, Cllr Kieran O'Hanlon, says her death is hard to understand.

“To lose a child is heartbreaking, but to lose them in such tragic circumstances is unimaginable. Ailish was a remarkable young woman and athlete in the prime of her life. She is going to be sadly missed, not just by her family, but by her friends and rowing colleagues in Limerick and Britain as well,” he said.

Tributes have also been pouring in on social media.

Rowing Ireland is deeply saddened to learn of the death of Ailish Sheehan, RIP. Our thoughts with her family&friends https://t.co/j5BPx4O5wH

Tragic passing of bright #Limerick rower Ailish Sheehan, too young and too sad

We are deeply saddened to report the death of Ailish Sheehan. Our Sincere condolences https://t.co/WHdmSzOdq8 pic.twitter.com/fVhRBd036a

BUCS (the British university rowing society), British Rowing and Rowing Ireland had been lending assistance to the family.

Vince Mayne, the chief executive with BUCS confirmed the sad news in a statement this Friday afternoon.

"On behalf of everyone at BUCS, I wish to extend our condolences to the family and friends of Ailish and our thoughts are with them at this difficult time," he said.

Ailish attended school in the Salesian College, Pallaskenry, was an all-round athlete, training with Dooneen Athletic Club, and representing her country in the javelin.

She graduated from Notre Dame university in the United States, having won an athletics scholarship to study there.

She was studying for her masters degree in Design and Environment at the University of London, and rowed for the college.

In a statement, released just after 3pm on Friday, Lee Boucher, the team British team manager in Poznan, said: "It is with great sadness that I have to report that within the last hour our teammate Ailish has passed away in hospital in Poznan surrounded by her family. Our thoughts at this time are with all of her family and friends.

“Like her performances on the water, Ailish gave everything right until the very end but unfortunately she was unable to win this battle. Ailish’s family take comfort in knowing that she didn’t suffer and that she was happy in her final moments.”

Mr Boucher added: “I know that this will hit you all hard but Ailish would want us all to rally together to support one another at this tragic time. Please do not hesitate to contact me at any point.”

Ailish was in Poland to compete in the FISU World University Rowing Championships where she was competing with the Great Britain team which celebrated a third-place finish.