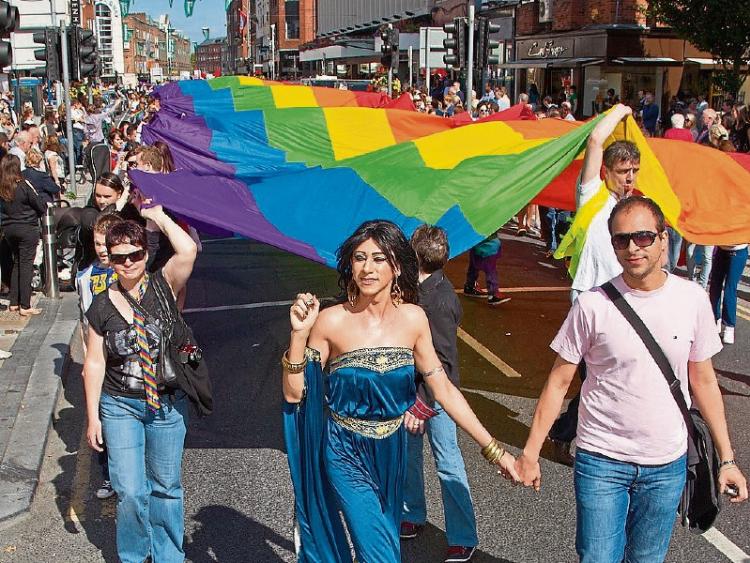 Hundreds of people are expected to take part in Limerick’s annual Pride parade, which kicks off at 1.30pm from City Hall at Merchant’s Quay on Saturday

LIMERICK Pride got under way this Monday night, with a special party at Stroker’s Pub, William Street.

Between now and Sunday, July 17, there will be a number of special events held for members of the lesbian, gay, bisexual and transgender and intersex (LGBTI) communities in the city, as well as the wider Limerick public.

The main event, of course, will be the annual Limerick Pride parade, which kicks off at 1.30pm on Saturday lunchtime from City Hall.

With the theme of this year’s festival being the United Colours of Limerick, a release of rainbow coloured balloons will set the tone for the parade, which will be led by Borden Giambrone, the chief executive of Transgender Equality Network Ireland.

As always, there will be an educational aspect to the Pride festival. Support meetings will be held throughout the week for youth, adult and transgender groups.

There will also be free HIV testing at Goshh in Davis Street on Wednesday and Thursday.

Meanwhile, Stroker’s Bar is hosting a transgender workshop this Tuesday from 1pm to 5pm.

Sharon McMeel will return with her Pride wedding show on Wednesday evening at the Absolute Hotel.

After this, Cobblestone Joe’s will play host to the annual Limerick Pride Open Mic night, while on Thursday, July 14, Mezz Ladies Night at the Red Hen will see a DJ, late bar and free admission.

The pre-party before Saturday’s Pride parade will take place at Mickey Martins pub from 9pm to 11.30pm Friday night.

Following the parade, the Hunt Museum will play host to PrideFest 2016, a showcase of local LGBT culture.

And the week will wind up with Pride-Fest, the main climax party at Dolan’s Warehouse, with the annual Prideful recovery taking place Sunday afternoon at Goshh in Davis Street.

Richard Lynch, the public relations officer for Limerick Pride 2016 said despite Ireland’s endorsement of marriage equality referendum last year, there will always be a need for a pride festival.

“There will always be a need as long as others in the global LGBTI community are not as fortunate as us in terms of equal rights. We must fight for our brothers and sisters throughout the world and take a stand for human rights for all. That’s why our theme this year is #UnitedColoursofLimerick. We want Pride to be an inclusive, open and integrated event welcoming all people regardless of their sexual or gender orientation, religion or race. This year we aim to put the T back into LGBTI, with a focus specifically on advancing the rights and equality of trans people and their families,” the Limerick Chronicle columnist said.

Throughout the week of Limerick Pride, City Hall at Merchant’s Quay will be decked out in Rainbow colours.