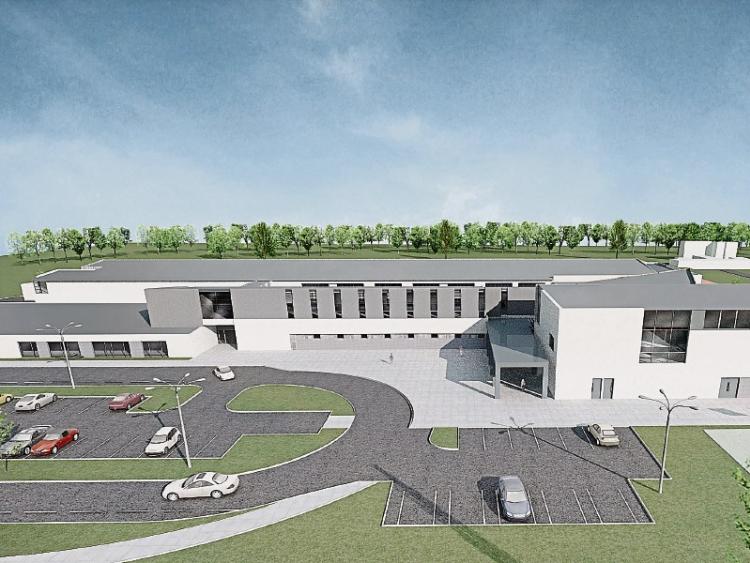 FIANNA Fáil TD Niall Collins has echoed the “frustration” expressed by the local Croom community over an “ongoing delay” in the planning process for the development of a new secondary school complex.

Planning permission for the new Coláiste Chiaráin campus was lodged in early January. However, after seven months, Limerick City and County Council planning office has yet to make a decision on the state-of-the-art project.

The proposed 22-acre campus at Skagh, on the outskirts of the town, will have an A3 energy rating and will include sustainable design features, such as rainwater harvesting, maximum use of natural sunlight and energy-efficient lighting and heating systems. The surrounding grounds will incorporate three playing pitches as well as internal roads, footpaths, a carpark and bus and car set-down areas.

Deputy Collins said that the community’s frustration is “further compounded by the lack of information as to why the most recent delay occurred and what is being done to address this”.

“When I meet with parents of pupils now attending Coláiste Chiaráin who themselves attended there on the promise of a new school building over 25 years ago it reinforces just how long this saga has been running.”

Deputy Collins is calling on the Limerick and Clare Education and Training Board, with the school’s board of management, to “immediately convene an open public information session to provide all stakeholders a full update on the project status, this should be held immediately, in the interests of clarity”.

“This will help address the concerns of all and hopefully provide clarity on the delayed planning issues. The Third World-like teaching and learning conditions presently being endured at Coláiste Chiaráin in Croom need to be consigned to history as soon as possible,” he said in a statement this week.

This is the second attempt to secure planning permission for the new school. In September 2014, An Bord Pleanala rejected an earlier application on the basis that the proposed location for the school was on unzoned lands outside the town and that part of the site was at risk of flooding.

In response to this, local councillors voted to rezone the site to allow the project to go ahead. The new planning application has also sought to address the other concerns raised by An Bord Pleanala.

The application was previously welcomed by Deputy Collins, who said that there was “huge credit due to the parents’ association for keeping the pressure on the ETB to expedite this project.

"This is very welcome good news for the pupils, staff and parents at Coláiste Chiaráin and represents a tangible step forward in this long running saga about the proposed new school building,” he said.

The HSE and a local resident have sent submissions to the planning office, in relation to possible disturbances due to construction, and concerns over the development impacting on private property.