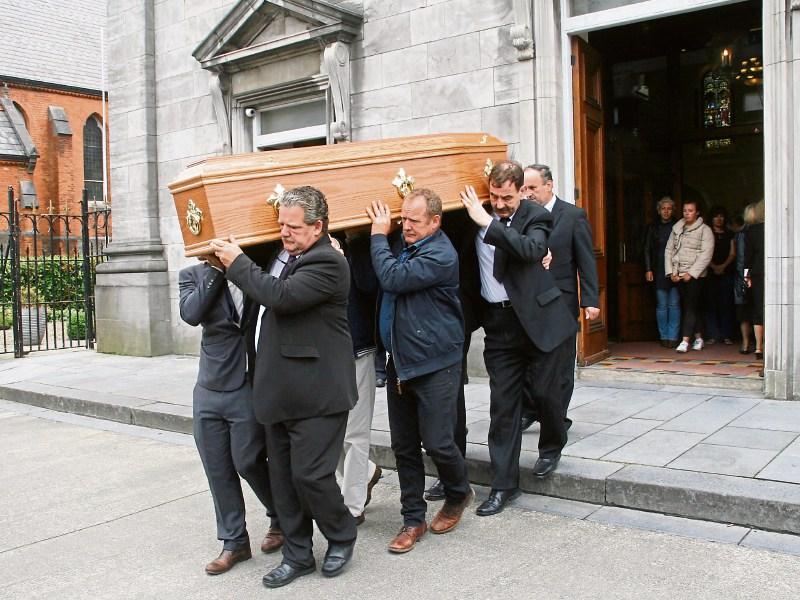 FORMER Limerick councillor Win Harrington has been remembered as an “articulate, vocal and independent-minded” lady at her funeral.

Ms Harrington – who served two terms on the old Limerick City Council in the 1970s and 1980s – was laid to rest after tributes were paid in St Joseph’s Church, O’Connell Avenue.

Over the course of her life, she became well-known as being an advocate of rights for women, disabled and elderly.

She campaigned to improve conditions at St Camillus Hospital, and helped set up the Rathfredagh Cheshire Home near Newcastle West – a picture of which sat atop her coffin.

Win’s godson George Bird said it was out of concern for Limerick people she ran for public office. “She was not happy with what was happening to Limerick people, so she went for local election in the 1970s, and the 1980s. Her slogan was ‘Win will win’ – and she did. She represented the people who had no voice, the transient, the disabled and women’s rights, indeed everyone’s rights,” he said. George recalled how her home in Clontarf Place was always open, and there was often a queue outside.

Among the mourners were Senator Maria Byrne, plus former Mayor Kathleen Leddin.

Fr Oliver Plunkett, leading the Mass, recalled how Win enjoyed her lunch in South’s pub each day, where she would “read the newspaper from front to back”.

He highlighted her strong faith, which saw her attend church almost daily.