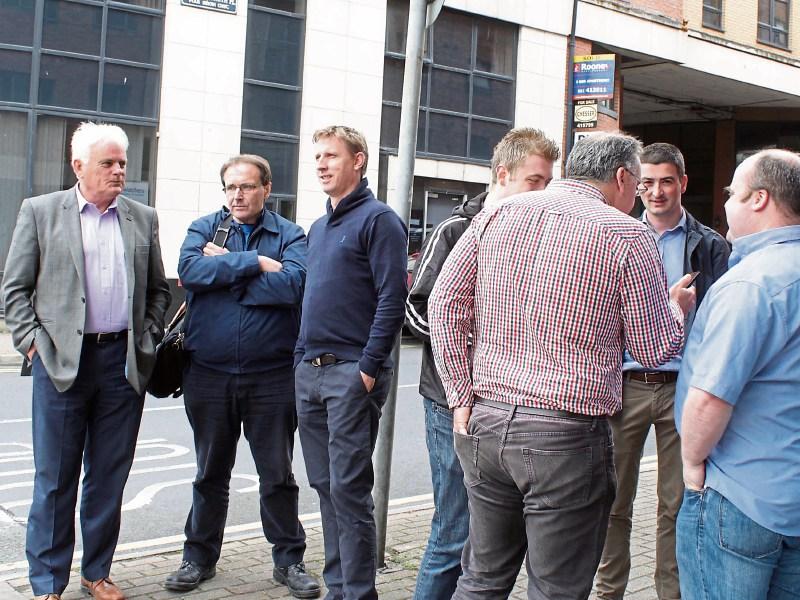 STAFF from Limerick radio station Live 95FM were evacuated this Friday afternoon after an anonymous caller phoned in a bomb threat.

It is understood that, at 1.55pm, Live 95fm staff alerted gardaí at Henry Street that an anonymous caller had warned the radio station that a bomb was “going to go off” at its offices in “the next 10 minutes”, during the Afternoons with Declan Copues radio show this Friday.

Radio staff and HSE pensions staff, who work in the same building, were forced to evacuate the premises as a number of gardaí inspected the city centre building, which is located on the Dock Road.

At 2.15pm, radio and HSE staff remained outside the building when the Limerick Leader arrived at the scene. The incident, which is the fourth bomb scare to happen in Limerick city in the last number of weeks.

Customers and staff at Ulster Bank on O'Connell Street were evacuated on May 25 after gardai received a call from a woman who claimed there was a bomb inside the premises.

That incident happened just 24 hours after a similar hoax call to Milford National School, when 500 pupils and teachers were evacuated following a threat at the school.

There was also a bomb scare at the former St Joseph's hospital on Mulgrave Street in early June, which transpired to be a hoax.