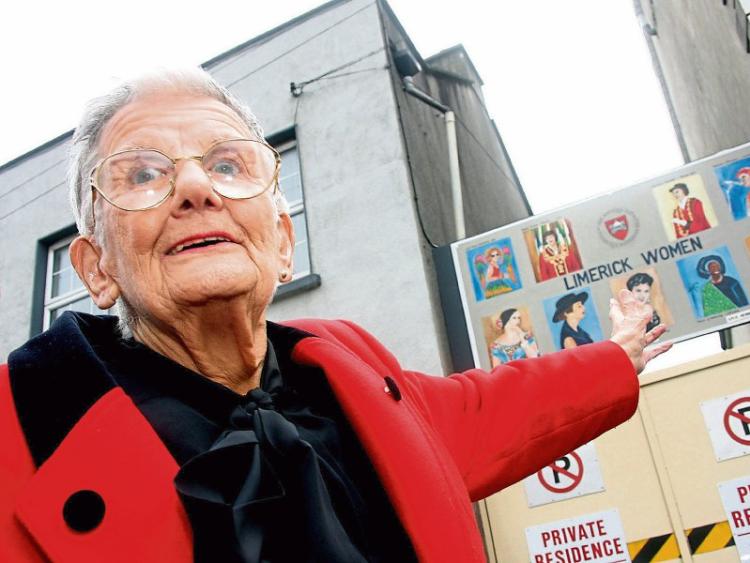 "On a personal level Win most was most helpful when I was first elected in 1985 as we were the only two female councillors on the then City Council. Win was a passionate campaigner and advocate on many issues but most particularly on health matters and the needs of our elderly," said Labour Dail deputy Jan O'Sullivan.

"She campaigned tirelessly to improve the conditions of St. Camillus Hospital and she also was a strong advocate on behalf of the business community and rate payers.

Despite losing her Council seat Win continued to campaign on many issues including the need for more gender balance in politics for many years," she added.

Win lived at Clontarf Place. She was sister of the late John, Brenda and Helena. She is sadly missed by her loving sister Evelyn and Veronica. Her remains will repose at Thompson's Funeral Home, Thomas Street this Sunday from 4pm to 6pm followed by removal to St Joseph's Church. Requiem Mass on Monday at 10.30am with burial afterward to Mt St Lawrence.