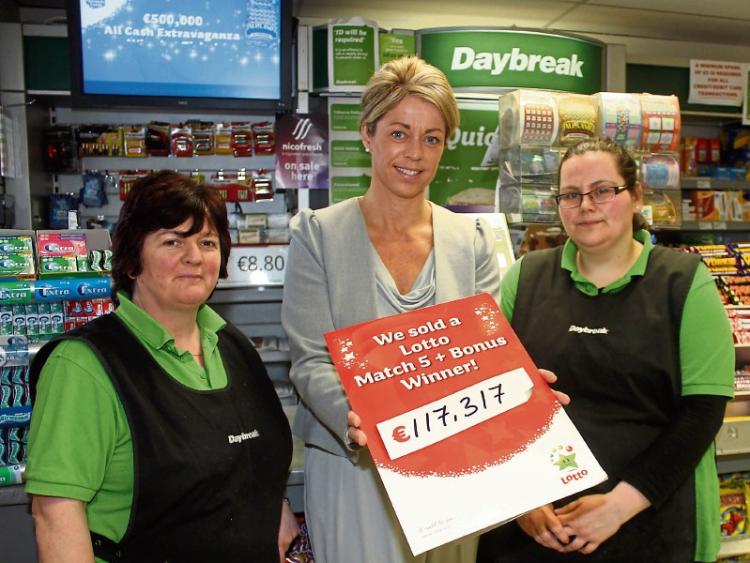 The National Lottery has confirmed that the owner of winning match 5 plus bonus ball ticket did not make contact before last Friday's 5.30pm deadline.

Newsflashes were displayed on all digital signage in National Lottery agents in the Limerick area last week to remind players to check their tickets.

Aideen Fitzpatrick, proprietor of Elm Court, also encouraged locals to start rummaging down the back of the couch, in their handbags and cars.

A spokesperson for the National Lottery told the Leader this Monday: "Unfortunately it wan't claimed".

The money not being collected has rubbed salt into the wounds of one Limerick man who thinks he could be the owner.

Months ago he came forward to Ms Fitzpatrick saying he had lost his ticket.

"Then as time passed and it still wasn’t collected he said, ‘God, maybe it could have been me’.

“We were looking to see if he was here at a certain time and if the ticket was sold at that time we could prove it with our cameras but our cameras only hold footage for six weeks,” said Ms Fitzpatrick.

But despite her best efforts it would have been to no avail as the National Lottery rules state: “Your ticket is a bearer instrument, so treat it as if it were cash. It is the only valid proof of a game played and must be presented to claim a prize."