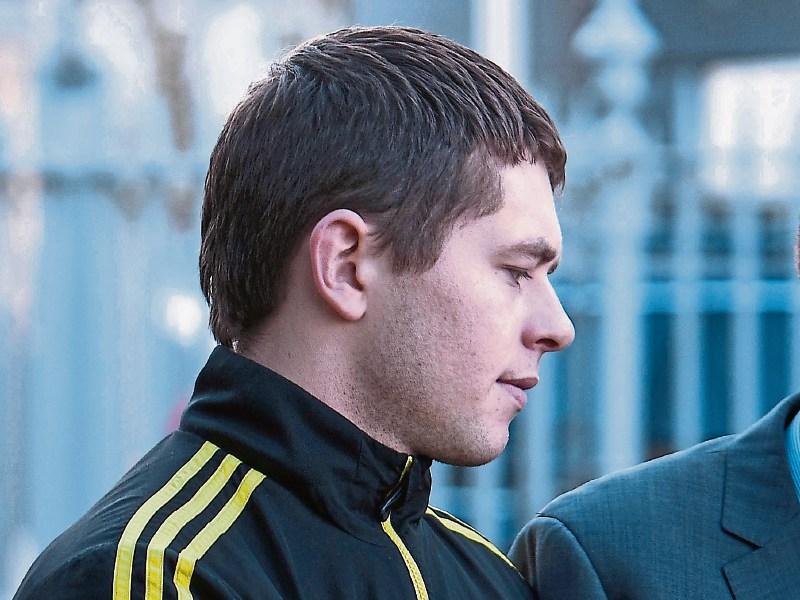 Ian Flanagan will be sentenced in May

A PROSPECT man who was previously jailed for charges relating to a city murder, has admitted threatening to shoot and burn down the home of an elderly woman and her family.

Ian Flanagan, aged 27, who has addresses at Lenihan Avenue and in Caherconlish pleaded guilty to three charges relating to an incident on September 23, last.

Previously, Limerick District Court was told the incident - at Byrne Avenue, Prospect - was witnessed by a detective garda.

During a bail application, Detective Garda Brian O’Connor said he approached the defendant at around 3.15pm after he observed him carrying a length of timber, which was around 3 feet long.

He said Flanagan was “extremely agitated” and told him is was in dispute with members of a named family, who live in the area.

Det Garda O’Connor said the defendant then crossed a green area and began shouting threats at a woman, who is aged in her 60s.

“He shouted ‘I’m going to shoot ye and burn ye f****** out of it’,” said the detective who added that Flanagan continued to make threats in “venomous fashion” while he was present.

Judge Marian O’Leary was told the dispute was connected to the murder of Gerard McMahon who was stabbed to death in Prospect in January 2012.

A brother and an uncle of the defendant were subsequently convicted of murdering the 43-year-old while Flanagan was sentenced to two years’ imprisonment after he was convicted, by a jury at the Central Criminal Court, of two counts of assisting an offender.

Flanagan, who has  been in custody since last September’s incident, pleaded guilty to three charges when he appeared before Limerick Circuit Court on Tuesday.

Judge Tom O’Donnell remanded him in continuing custody until May 3, next when he will hear details of the offences during a sentencing hearing.