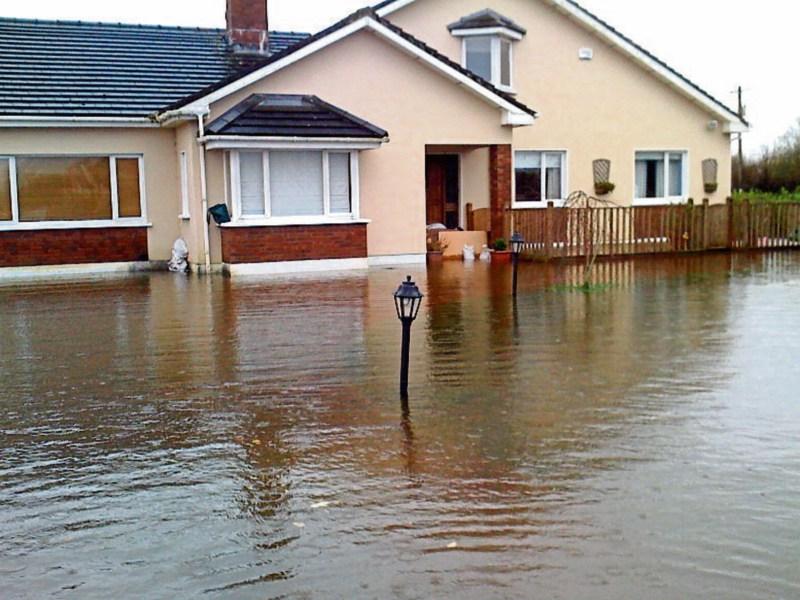 ANTHONY Clifford and his wife Antoinette have a beautiful five-bedroom home in the countryside, but close to the city, up for sale.

You would think it is an auctioneer’s dream with house prices increasing but Mr Clifford says he can’t sell it. It is located at Ballyvolane, Mountshannon Road, Lisnagry, which experienced some of the worst flooding in the county.

“I had to rent it out, I couldn’t sell it. Every time I went to sell it, solicitors nowadays have to do a check on the flood maps and it’s coming up as being flooded.

“It has never flooded, this is the worst it has ever been. The road outside floods from time to time when the ESB release water but I can't sell it. As you can tell it’s a fine house, it’s perfect, we were very happy there for a long time but I’m just stuck with it now.”

“I'm screwed royally. I’m still paying the mortgage and paying tax on the rent and the whole lot,” said Mr Clifford, who moved to Limerick in 2002 and bought the house the following year. The family now resides in Kerry and he has been renting the Limerick house for years.

The €15,000 stamp duty particularly irks because the reason he can’t sell the house is because of Governments’ “complete negligence of the waterways”.

“I'm paying the penalty. I’m way out of pocket here at the moment and I'm still paying."

Before he bought the house the one thing that was concerning him was flooding but it is a mile from the Shannon.

“So I drove down there in the worst of the weather and there was no flooding and my wife went into the County Council and took a copy of whatever was on the file. She asked if there were any records of flooding and they said ‘No’.”

They then bought the house because they were happy there would be no flood risk.

“The road flooded once in the six years before 2009. We just needed waders, there was no problem - you'd walk up through it. Then in 2009, the same scenario as we had this year - a very cold, wet summer and dry autumn and next thing it started to rain in November and didn't stop for six weeks.

“And the ESB waited until the very last minute until they released water. They kept the water levels too high for too long,” he says. In the last few weeks his house was surrounded by flood water but it didn’t enter.

“You would think that a modern State like Ireland would be able to plan and manage a constant problem like flooding, especially on the Shannon.

“The State is immobilised and unable to function due to a planning and engineering issue. What would this State do if something more serious happened that really called for a rapid and unified response?

“​It is to our shame as a country that we are celebrating 100 years of independence this year, but we have been unable to rectify a problem such as the Shannon flooding which impacts on so many lives of the citizens of this State.

There has been no serious attempt to rectify the problem. Instead it has been neglected with arms of the State blaming each other for their inaction. Do the communities along all the waterways of this state not matter?”

The people renting the house had to leave during the recent flooding due to problems getting in and out.

“I don’t even know if I have a tenant and if I have to go looking for a tenant in the future I’ll have to tell them, ‘Look, it nearly flooded. The tenants I had in there, they love it, they were talking about buying it but that’s gone now. They couldn't believe the water could come this far. And to be fair, it shouldn't come this far.”

Mr Clifford has called for a number of remedies to protect families who have suffered the financial and emotional consequences of flooding.

“Establish an independent authority to authorise release of water not related to the ESB.”  He says higher water equals increased power for electricity generation.

“Inland Waterways Association of Ireland and the Office of Public Works should clean and deepen the channels in the Shannon.

“The lake is the greatest flood plain and it should be used correctly. If the legislation needs to be changed then it should be changed. Water to be extracted in the winter and stored in the midlands for use by Irish Water when necessary.

“Because of all the reasons above there is a need to build a pipeline or canal to the sea to remove excess water from the system in flood plains. A Dutch expert said on Pat Kenny years ago that they should have a canal draining water away from the River Shannon, near Galway so that the overflow would run off into the sea,” said Mr Clifford.

See Letters to the Editor, page 16