Opinion: We are glorious, Limerick are All Ireland champions - Jerome O'Connell 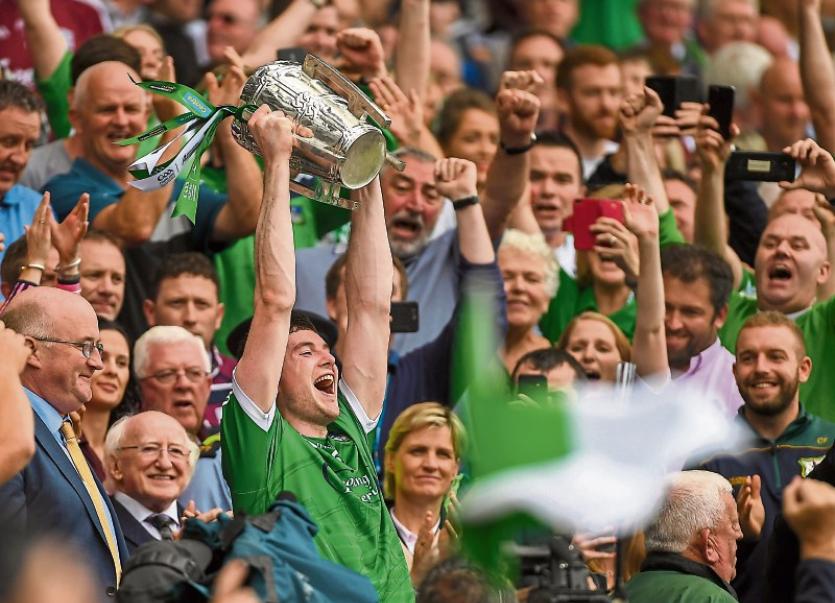 TEARS were flowing down my face; I wasn’t even able to utter the words “Limerick are All-Ireland champions” without prolonging the sobbing.

But this wasn’t Sunday afternoon — it was 6.35am on Monday.

It was that long before the magnitude of what happened the previous day — August 19, 2018 — struck me.

Finally, I bounced from the bed.

Chest out, an inch taller and a smile broader - Limerick are All-Ireland champions.

‘This Is Me’ on breakfast radio did test my resolve, but the hit song from the film The Greatest Showman set the tone perfectly.

'I am not a stranger to the dark

Hide away, they say

Cause we don’t want your broken parts

I’ve learned to be ashamed of all my scars

Run away, they say

No one’ll love you as you are

But I won’t let them break me down to dust

I know that there’s a place for us

For we are glorious'

The lyrics, delivered powerfully by Keala Settle, are the supreme fit for Limerick GAA, who did have to learn to be ashamed of scars before all arrived at this glorious place we find ourselves in the summer of 2018.

Just over 12 hours earlier, those scars were almost ripped apart once more.

The stopwatch read 78.38 and the referee signalled for a Galway free. One point between the teams now and the eight-point lead of 10-minutes earlier felt too much like 1994 all over again.

“If anyone can, Joe can,” thought all in maroon.

For me, a look to the heavens above, seeking an acknowledgement  that if there was someone up there, Limerick couldn’t suffer another ’94.

We were already over the eight minutes of stoppage time. How long before Canning sent his long-range free goalwards? It felt a lifetime but it was 45 seconds – one for each year of our heartbreak and sufficient time to recall the greats of the ’80s, Tom Ryan’s nearly men of the ’90s and the U-21 hat-trick of the noughties.

Unable to breathe now and the sliothar hangs in the Dublin skies for three seconds before dropping into the trenches.

Cometh the hour cometh the man. Tom Condon bursts, sliothar in hand, from a crowded goalmouth and — just as he passes off to Tom Morrissey — there comes the final whistle all yearned for. Condon to Morrissey; a battle-hardened warrior to a fresh-faced kid with the biggest of futures.

It’s 5.10pm and in an instant all has changed. Limerick are All-Ireland champions.

Tears streaming down from face - never thought I'd see the day. Can't even explain this emotion. What a team - love ye #GAA #LLSport #hurling #Limerick

The future is glorious but there is no need to be ashamed of the past and in his excellent acceptance speech there was a touch of class from Declan Hannon.

“To all the past Limerick managements and players, ye were the guys that drove us and inspired us when we were young lads and looking up to all of ye and we hope ye enjoy this as much as we are.”

If the scenes in Croke Park heralded the bright future for Limerick hurling, the ones across Limerick city on Monday night reinforced the value of sport – an ability to bring communities together and to wash away the worries of the world with tears of joy.

Tears of joy after decades of woe.

Winning manager John Kiely is a living analogy. There was heartbreak for the Galbally man as a player in 1994 and 1996 and later as a supporter in 2009 after which he made a phone call offering his assistance to any Limerick hurling team. That call set in motion Kiely’s journey to become an All-Ireland winning manager nine years later.

After intermediate, U-21 and senior roles, Kiely was the heir apparent to John Allen in the autumn of 2013 when he made another phone call — to this reporter.

“It would be my ambition to manage Limerick at some stage but now isn’t the right time,” he said. He had been appointed principal of Abbey CBS in Tipp Town. It was a bold statement, perhaps, but John Kiely doesn’t promise what he can’t deliver.

He did become U-21 manager though and won the 2015 All-Ireland. Eigtheen members of that panel are now senior champions.

“I would like to think that ye can progress to much higher levels — keep yer feet on the ground. The suits are lovely, but they go back in the wardrobe tomorrow. Medals stay forever,” he told his players then.

Less than three years later, they have the greatest medal of all.