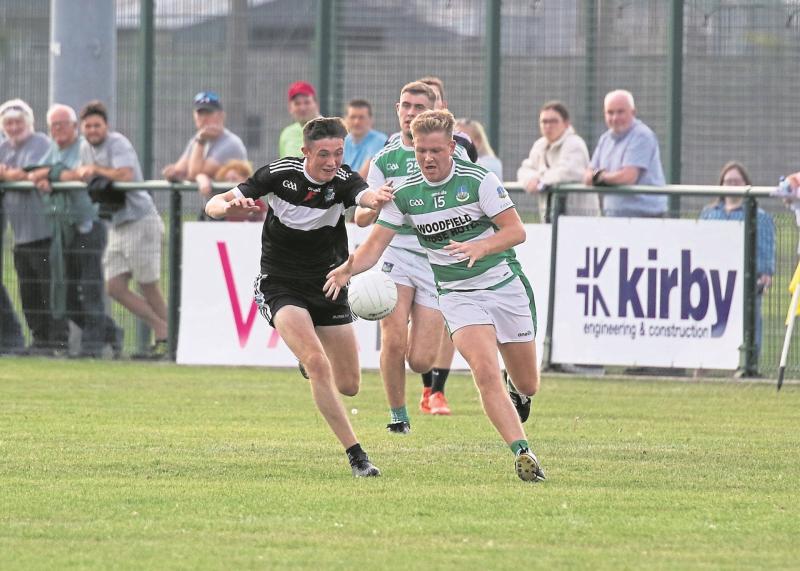 JUST two places remain to be filled in the knockout stages of the Irish Wire Limerick senior club football championship.

Four rounds of action are now complete with the final group games on September 22-25.

Five teams are chasing the two final spots in the quarter finals.

As it turns out, Newcastle West meet Fr Caseys and Adare meet St Kierans in the final round - the winner in each game will advance directly to the semi finals. A draw will be sufficient for Newcastle West and Adare.

At the other end of the group tables, Ballylanders remain without a win and will play in the relegation play-off, against Oola or Galbally, who meet in the final round. A draw will be enough for Galbally to see off relegation issues.

In the battle for the two remaining quarter finals spots are five teams.

City rivals Monaleen and Claughaun will meet in a straight winner-takes-all encounter. A draw will be enough for Monaleen to reach a quarter final against Adare or St Kierans.

Ballysteen maintained their interest in the championship with a 2-5 to 1-8 draw with St Kierans on Sunday evening.

St Kieran's held on to their unbeaten record in Group Two of the senior football championship in Rathkeale's Bog Garden on Sunday evening but only just as a late, late Ballysteen onslaught delivered an unlikely draw after what had been an intriguing, exciting but low-scoring West Limerick derby up to the four minutes added for injuries.

Considering they had already qualified for the play-offs, Kierans might have been forgiven for taking the game at less than full throttle and leave it up to their opponents to set the pace but, maybe with local pride at stake, both sides went out for the win and, despite falling behind to a goal from nowhere just after the break, Kierans looked to be on their way to four victories out of four when they opened up a four-point gap with just one regulation minute to go.

However, with their chances of making the last place in the quarter-finals dimming, the Deelsiders threw caution to the wind and, attacking with an intensity not seen all season, kept pumping at the opposing defence until the equaliser arrived.

Ballysteen saw most of the early possession but struggled to find an opening against an organised Kierans defence and were hit on the breaks as Liam Kennedy and Darragh Treacy got the Ardagh side off the mark. However, the Deelsiders settled down once Darragh Ranahan pointed and Cillian Ferris followed up to equalise.

Play continued at a brisk pace with possession shared equally but both sides saw their accuracy fade. Kierans recovered their lead with Dylan Moloney's '45' but David O'Shaughnessy sent over a free at the other end to leave the teams tied at 0-3 apiece at half-time.

The Ardagh side were ahead again when John Hays pointed from near the sideline before the next movement saw O'Shaughnessy scorch in from the left corner to bury a spectacular individual goal and, as a rattled Kierans tried to put shape to their attacks and were denied regaining their lead when Kennedy's shot on goal was smothered by a forest of diving bodies, Tomás Sheahan followed up to three between the sides.

However, Kierans' intensity in the challenge was beginning to pay off as they drew fouls for Ballysteen overcarrying in their clearances, two of which Dylan Moloney punished to bring the deficit back to the minimum and they continued to press forward into the closing minutes for Cormac Mann to equalise and Noel Callanan to put them ahead.

When Callanan crashed off the crossbar and Moloney collected the rebound to drive to the net, it all looked done and dusted for the men of Coolcappa but no one told Ballysteen. Attacking with greater directness as the watch ticked into added time and picking holes with quick footpasses into the full-forward line, James O'Meara blasted just over the crossbar on the turn and the onslaught continued as Sheahan collected under pressure on the goal line just wide of the posts and laid off to Cillian Ferris to hammer home a last gasp equalising goal.