A diary of life after breast cancer helps to raise awareness 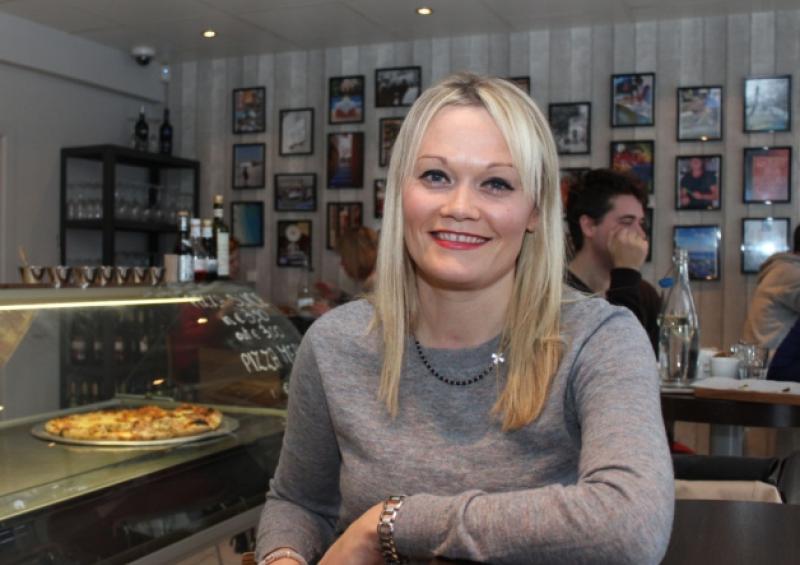 After a mastectomy, Lorraine Fanneran has raised thousands of euro for cancer research. Anne Sheridan tells her story

After a mastectomy, Lorraine Fanneran has raised thousands of euro for cancer research. Anne Sheridan tells her story

THERE are days in a woman’s life when she looks at herself differently in the mirror.

They are not the average, run-of-the-mill days when tiredness is etched on your face, when your pore over your wrinkles, or blink at the ravages left by the excesses of the night before.

There are days when all the make-up in the world and your best put-on smile cannot conceal what has been lost, or wounded inside you.

There is only the before and the after, and the woman looking back to you is in neither place, but trapped somewhere in the middle, looking for a rope to climb out of this gulf.

She had lost her left breast. She had a mastectomy and immediate reconstructive surgery.

It took six hours in surgery, eight days in hospital, and supposedly six weeks of recovery, as all the medical brochures will advise. But the real recovery time cannot be measured in hours, weeks or months.

To the outside world she may have appeared the same - the smiling face behind La Cucina, the popular Italian eaterie in Castletroy, the ‘mamma’ of the Real Italian Foodies brand, and a mother of two.

Since then she has been trying the bridge the emotional, physical, mental and psychological divide between her own ‘before and after’, and has been doing so with tremendous bravery and positivity - because, as she will attest, hers is a positive story.

A blog she has written online about her journey to date, the aptly titled morethanjustaboob, has had in excess of 10,000 hits.

She has been inundated with messages of support from women across the country, and lauded by breast cancer charities for speaking out and raising awareness.

In the process of laying bare her deepest emotions, she has raised over €6,800 within just two weeks for the Galway centre which cared for her, and donations continue to flood in.

The response has nearly been as “overwhelming” as the process itself.

In her first online post, she held up a camera to herself in the mirror, took a picture and said ‘This is me today’.

It was one of her first steps forward towards recovery. No doubt there are more to come. Here is her story so far:

“I spent all day on the internet looking at photos of what I was going to be like without a breast. It wasn’t pretty. I still couldn’t get my head around it. To be honest I still didn’t believe it was going to happen. Actually, it wasn’t the losing it.

“I had no love left for this ‘traitor boob’. It was the fact that I was going to wake up bare. The hardest part of it all was that was I getting rid of my breast in case there was cancer in there; all tests still showed that it was pre-cancer, and it wasn’t set in stone that it would even turn to full blown cancer in the future so this was a struggle in my head.

“Was I doing the right thing? To be honest, out of everything my biggest fear was that it was going to change me. I like who I am. I’m not perfect, nor do I expect to be. I’m not somebody who stands in front of the mirror focusing in on my post two pregnancies belly, my thighs that could tone up a bit, saggy arms...I’m happy with that, but this was something much bigger - I was losing a part of me.”

In August last, Lorraine, 38, found out that she had stage 0 breast cancer, or pre-cancer. However, hers was high grade and started to turn invasive. She underwent two mammograms, two ultrasounds, four biopsies - the so-called triple assessment - and one MRI scan. She was fit, healthy, doesn’t smoke, doesn’t drink more than the recommended amount, and doesn’t have a family history of cancer.

‘It couldn’t, shouldn’t happen to me’ is a line that many women tell themselves in any crisis situation. While Lorraine’s doctor said she was unfortunate given her own circumstances, she feels very fortunate that she has always checked herself, and that it was caught early.

Now, as part of her own healing process, writing the blog has proved to be a cathartic way forward, whilst also helping other women through the same process - with humour, grace, and searing honesty.

She debated over and over about whether to make her private story public, but after watching the documentary about broadcaster Aine Lawlor in RTE’s Facing Cancer decided if telling her story “can help one person or eliminate the fear for women about testing, surgery, it will be worth it.”

She also paints a surreal picture of the frequently unfeeling, clinical landscape of hospitals though this most emotional of journeys; of the “fabulous” nurses who figuratively pick you up off the floor, when the “consultants are so distant and cold”.

“The breast unit waiting room in Limerick Regional Hospital is a funny old place. Everybody is obviously there for the same reason and everybody pretends not to be looking at each other, wondering what the other is here for. Is she the same as me? Has she been diagnosed? Silence descends on the place if somebody walks in with a head scarf, as the reality of the situation hits everybody as to why they are there and what the potential outcome can be. Everybody tries not to stare but you can’t help it.”

“Without a doubt the hardest part of this whole journey is the testing and waiting. I went through the public system because there was no fear that there was anything wrong. Looking back, if I had known what was ahead of me I would have went private a lot sooner.”

In between all the waiting, the frantic calls to her GP and the hospital, Lorraine, Bruno, her partner of 20 years, and their two children went on holiday to Italy for a month as planned. They had a fantastic holiday, but it was always in the back of her mind - what would that brown envelope from the hospital reveal on her return home.

She sat on the beach, watching her little girls play, and old men struggling to get up from their sun loungers. She grew jealous of those who appeared to have lived a long and full life.

With the beauty of Positano before her, her mind wasn’t there in the Amalfi coast - but mentally in a place far, far from now, one with funeral wreaths, and hymns and flowers.

“I wondered would I live to that age? Would I be back here sunbathing next year? Did I have cancer? Was I going to die?”

Eventually, after her diagnosis and much agonising about the right option for her, Lorraine did decide to go through the private health care system. After a lot of research, she found the National Breast Cancer Research Institute (NBCRI) in Galway. She cancelled her surgery in Limerick, where she was told she would have to wait 18 months for reconstructive surgery, and decided to go to Bon Secours hospital in Galway, and specifically Professor Michael Kerin, also of the NBCRI, for a second opinion. It wasn’t an easy choice to make, but the hardest ones to make are often the right ones. She hasn’t looked back.

She worried that her partner Bruno would think of her or view her differently after the surgery. “I knew he wouldn’t, but as a woman you still worry. I was going to be different and there was no getting away from that. I just needed reassurance. I had a good old cry, felt a bit sorry for myself, had a beer and felt much better.”

Six weeks after her operation she went to a friend’s wedding. She got her hair done, bought a new dress, and put on heels for the first time in ages.

“Did I feel any different? Yes. I felt better than I ever have. I have got through this horrible time in my life.”

“I’m doing great. I haven’t shed a tear since my operation. I’m not mourning the loss of my boob or anything else. I’m not bitter or angry or asking why this has happened to me because it has, and there is absolutely nothing I can do about it. Life is still the same and I’ve just picked up from where I left off. When it comes down to it I have a great life and a beautiful family and so much to live for. I was one of the lucky ones.”

- To read her blog in full, see Morethanaboob.