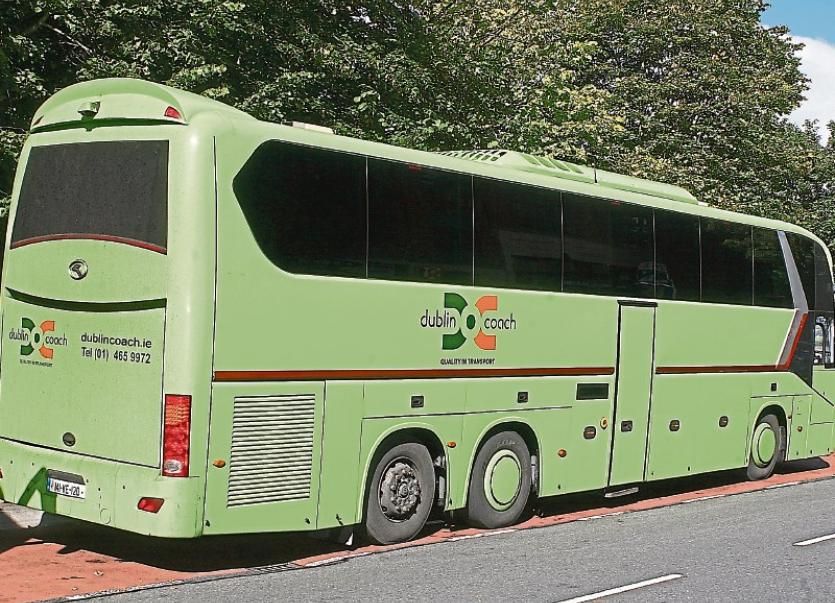 Suspended: Coach services will not operate from Arthur's Quay for the foreseeable future

THE vast majority of private inter-city coaches from Limerick have been suspended, while Bus Eireann is operating a revised timetable.

With the coronavirus crisis leading to a drop in ridership on public transport, travel bosses have acted to either suspend or reduce services.

The only road transport operator still running services is Bus Eireann, albeit with some cancellations.

Bus Eireann buses are running as normal around in Limerick City too. The state provider is advising its passengers to check out www.buseireann.ie, or call 01-8366111 for more information.

Dublin Coach, which runs twice hourly services between Limerick, the University (UL), Annacotty, Kildare Village, the Red Cow and the capital has announced it has suspended all of its services until further notice. It means customers will for the moment not be able to connect to Dublin Airport at the Red Cow.

The firm’s service suspensions include the local bus routes it operates between Limerick City, UL, and Annacotty, as well as the less regular routes it runs between the city, Ennis and Bunratty.

Also off are Dublin Coach services connecting the city to Adare, Newcastle West, Tralee, and Killarney.

Elsewhere, Citylink which provides services between Cork, Limerick, Galway, and an express service to Dublin Airport has also cancelled its operation.

And JJ Kavanagh which provides a stopping coach service to the capital, via Tipperary, Offally and Portlaoise, has also announced it will not run for the foreseeable future.