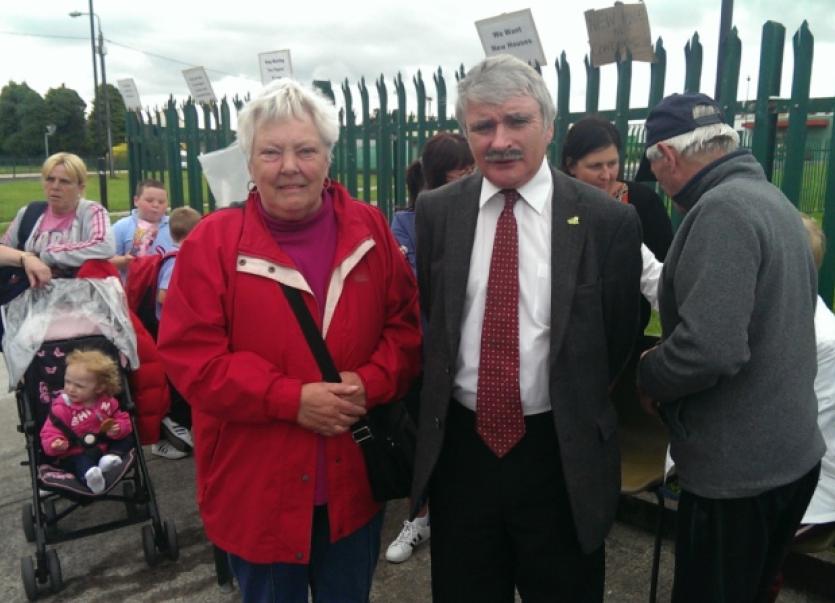 The former Defence Minister has called on the current Housing Minister Jan O’Sullivan to get involved in resolving a dispute in the city estate.

The park community group resigned en masse last week over the alleged failure of City Council to provide answers on the redevelopment of St Mary’s Park.

They have said the decision not to demolish and rebuild every home should be regarded as a “broken promise” on the authority’s part.

Residents have continued protests against the council this week.

Mr O’Dea has compared the resident’s plight to those in Priory Hall in Dublin, where residents have been unable to access their homes for two years over fire hazard. He wants Ms O’Sullivan to get involved - but the Labour TD says she already is.

He said: “Jan O’Sullivan is not alone a local TD for the residents of St. Mary’s Park, but also the Minister for Housing with direct responsibility for the regeneration of St. Mary’s Park. She has her own Priory Hall on her doorstep, as it cannot be forgotten that these houses were designated for demolition only a few short years ago, as they were deemed unsuitable for human habitation going forward.”

Mr O’Dea joined the residents at a protest this week, and said they are “sick, sore and tired at being given the run-around by the Council. They were promised a key for a key under regeneration and now the Council are going to refurbish houses at significant cost that a few short years ago were only fit to be knocked.”

When contacted by the Limerick Leader for a response, Ms O’Sullivan said she met the residents this Monday.

“I run a clinic there each Monday morning, so I would know all the people very well,” she said, promising a more formal meeting in the coming days.

“I do understand the pace of regeneration, particularly in St Mary’s Park has been a problem for last five years. This is why I said we would work on an implementation plan, and publish it, so people would know what happens when.”

Ms O’Sullivan also questioned why Mr O’Dea raised the issue of a ‘key for a key’, a reference to being given a similar home following demolition.

“The idea of a key for a key was dropped in the time of the Fianna Fail government. Why is he resurrecting this,” she asked, “When Willie O’Dea was a member of government, there was virtual inertia: nothing was happening apart from people moving out of the estates”.

In contrast, she said building is now ongoing on two projects in the city, with a third to follow.