Kilmallock store redevelopment gets the go ahead despite appeal 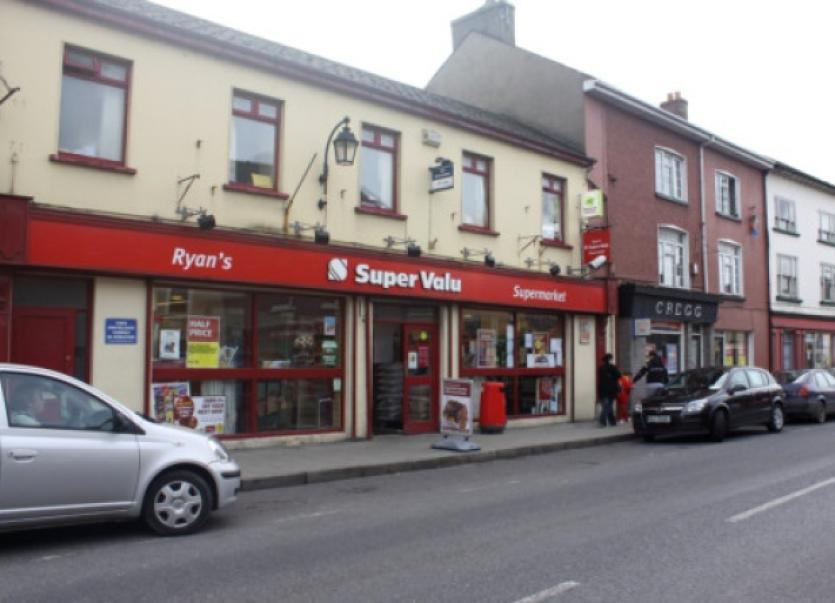 AN Bord Pleanala has upheld the decision of Limerick County Council to grant permission for the refurbishment and extension of the SuperValu store in Kilmallock, despite objections from a number of local residents.

AN Bord Pleanala has upheld the decision of Limerick County Council to grant permission for the refurbishment and extension of the SuperValu store in Kilmallock, despite objections from a number of local residents.

Last May at May the local authority granted an application lodged by Drumcollogher Supermarkets Limited for the addition of an extra floor to the existing premises located at Sarsfield Street, Kilmallock.

The development will also see the development of an additional 1,370 square metres of retail space at ground floor level as well as a staff room, canteen, and administration offices.

New shop frontage - including illuminated signage - will also form part of the development and the existing car park will be extended to accommodate 159 cars and a coach park.

In its appeal to An Bord Pleanala, the Ash Hill Manor Residents Association stated there was “no objection in principal to the development” and “the economic benefit is acknowledged”.

However, concerns were expressed about the inclusion of plans to construction an internal entrance road will that will utilise the existing entrance roadway of the Ash Hill Manor housing estate.

The appeal states that the “proposed entrance will have a negative impact on Ash Hill Manor which is a small and peaceful residential estate”.

It adds that the development of the internal roadway could affect property prices in the estate.

The Residents Association also submitted that the location of the entrance is adjacent to a blind bend and that the existing road is inadequate in width to accommodate the proposed roadway.

The residents stated that the development of the internal road would “result in a traffic hazard,” and that the “green space with in the estate would no longer be safe for children”.

In their appeal, the residents also criticised the fact that there were no proposals to provide either a pedestrian crossing or traffic lights.

In her report, planning inspector Brid Maxwell stated that the existing road is sufficiently wide to facilitate the development.

Ms Maxwell recommended that the decision of Limerick County Council be upheld and the Bod agrees with her recommendation.

However, it imposed a number of conditions.

A conservation expert is to be employed to manage, monitor and implement the works on the site.

The developer must also facilitate the “preservation, recording and protection” of any archeological materials or features which are found on the site during the redevelopment works.