In Pictures: Proud day all around as ribbon is cut at new Men’s Shed in Limerick suburb 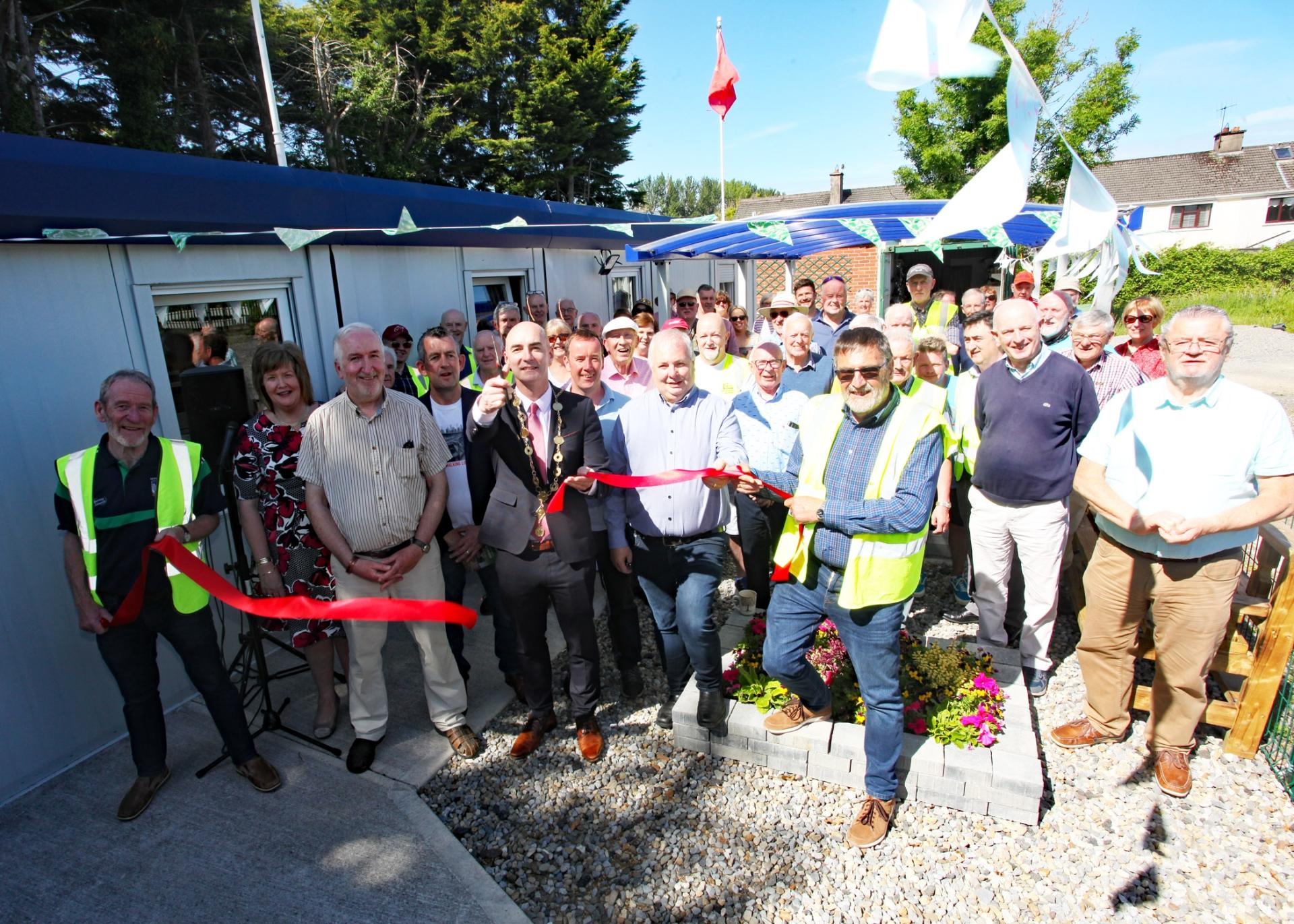 IT WAS a proud day all around as the ribbon was cut at a Men’s Shed facility in Dooradoyle following a seven-year campaign.

Mayor Daniel Butler was on-hand to do the honours at the facility in Maypark, in St Nessan’s Road.

Dozens of new members have joined the group, chaired by Sean Dalton, which exists to provide a space where men can come together to learn, share skills and make long-lasting friendships.

They identified the site for their shed back in 2015, an old council yard, with the facility ready to open two years ago.

However, the Covid-19 pandemic intervened, delaying the official ribbon-cutting ceremony to last weekend.

Sean said: “The shed is looking fantastic. The lads put a huge amount of preparation into it, and it showed. We are very proud to show it to people, show what a community of men can do, and I think we did that.”

There was a celebratory atmosphere on a sun-splashed day in the suburb, with Sean, an accomplished musician, joining some ukulele players, while John Nolan told stories, and those present enjoyed food from Tuscany Bistro.

There was a tinge of emotion, however, with warm tributes paid to Denis Ryan, one of the founding members of the local Men’s Shed group, who passed away in December 2020.

Writing in a programme provided to those who attended the opening, Sean said of Denis: “From the day he joined our Shed committee, Denis Ryan was an invaluable Shedder. Having worked in the mental health sector for many years, he brought with him a wealth of experience and contacts. We learned a lot from Denis, he was energetic, strong-willed, sometimes stubborn, and did not give up easily.”

For now, the Men’s Shed will open in the daytimes. But as numbers and interest continue to grow – there are now over 50 members – it’s hoped it will also open after working hours.

Mayor Butler said: “It was a proud moment for me personally. I remember when the lads approached me in 2014/2015 talking about this idea of opening a Men’s Shed in the area. We linked in with the Men’s Shed network and it took off from there.”

“It’s great in 2022 to see a well-established, fully functioning and very active Men’s Shed in the area and to see the benefits it is having for the men who are part of it. A lot of people would have been at home and isolated, but are now connected, travelling, picking up new skills, and learning to play instruments for the first time in their lives. Some were even playing music at the event itself,” added the first citizen.

Elsewhere in the city, the Haven Hub has established a Lad’s Shed. Inspired by the Men’s Shed movement, the facility is aimed at showing men both young and old ways to improve their mental and physical health.