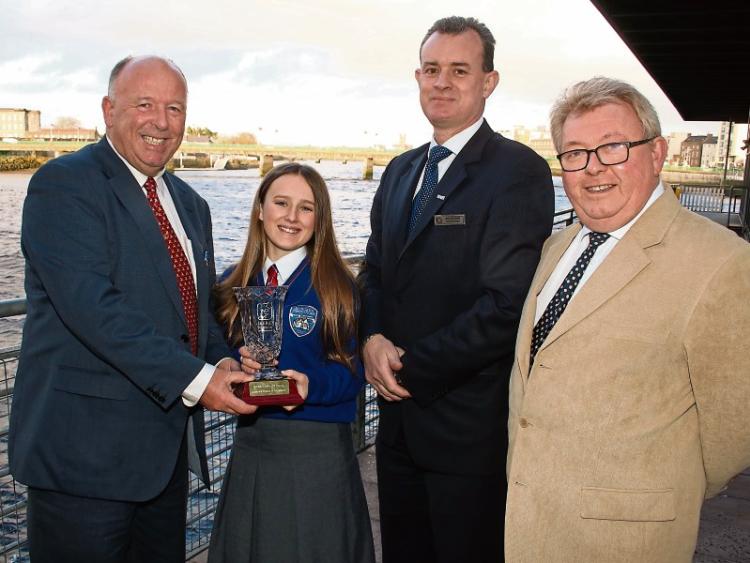 SARAH Corbett Lynch who lost both her parents in tragic circumstances has been named the Limerick Person of the Month after penning a self-affirming book which has helped children explore grief, loss and a range of other complex emotions.

Sarah was only 12 weeks old when her mother Margaret ‘Mags’ Fitzpatrick died in November 2006 from a severe asthma attack.  In August 2015, when she was just eight, Sarah’s devoted father Jason, 39, was then murdered in North Carolina by her stepmother Molly Martens - who had previously been her nanny - and Molly’s father, Tom.

Sarah and her older brother Jack returned to live in Ireland with their aunt Tracey, Jason’s sister.

While at home one day, feeling somewhat bored, Sarah started writing.  She liked it so much she continued, and some 18 months later she had her debut book ready for publication.

Noodle Loses Dad, her first book of the Boogawooga series,  sees Noodles take the reader on a journey as she faces the loss of a loved one, moving houses, becoming part of a blended family and learning to find hope and happiness again.

Part of the proceeds from the book sales go towards the Children's Grief Centre.

The response to the publication has been “amazing” with Sarah finding herself on The Late Late Show couch chatting to Ryan Tubridy just two weeks ago.

At the tender age of 13, Sarah has five other books written and there has already been interest from publishers in the States.

“I’ve had amazing feedback,” smiled Sarah this Monday evening when she was presented with the Limerick Person of the Month award.

“Everybody has been saying ‘well done’, and a lot of people - children and adults - have reached out to me saying they feel a lot less lonely after hearing from a person like them.”

While she says the pain of losing her dad so tragically never goes away  “it feels better with so much love surrounding me. It really helps that I have my family”.

Sarah and her brother Jack, 15, have received huge support from their aunt  Tracey, her husband Dave and their two grown up sons, Dean and Adam.

Despite the very sad end to her father’s life, Sarah holds on tight to precious memories from her time in the States with Jason.

“Going to soccer - that was my favourite time,” she smiles, “soccer was very special. It was a time when we could just go, the two of us. He was at every training and every match. He was the coach.”

Her face lights up when she recalls how as father and daughter they would  sing together.

“Every time we went in the car we would sing our special songs. He had a good voice.”

She said she talks to her dad and her late mum Mags “all the time”.

Her brother Jack who is in junior certificate year is also  “doing great” and she pays tribute to their friends for their support.

“They are saying this is just hashtag movie life,” she smiled of some of her friends’ reaction to her Late Late Show appearance.

A student of Mungret Community College - which she points out she loves -  Sarah is an aspiring actress and singer. Her favourite singers are Billie Eilish and Khalid.

As a future voter, Sarah takes a keen interest in what some might see as grown-up issues and has stayed up late to watch all the political debates ahead of the election.

“I think it’s important that they speak to children as well because we are the next generation,” she points out.

One of Sarah’s big concerns is the health service after seeing her grandmother (Tracey’s mother) endure long hours in the ED at University Hospital Limerick.

“It’s not a good feeling when you see people lying on trolleys,” she said.

She speaks candidly of the importance of people not feeling ashamed of seeking counselling.

“Counselling has helped me so much. It just lifts a load. A lot of people might feel ashamed of having to go but I think it shouldn’t be something that people feel ashamed about.

“And just have a cry - there is no need to hold it all in together, that is just going to make it worse. Once you cry or talk about it, it usually lifts a load. Even if you write down your feelings and throw it away - it can help because you’ve put it somewhere, it’s not all on your shoulders.”

Her aunt Tracey said the family are “immensely proud” of Sarah particularly her empathy towards other children, and her ability “to be able to climb down there and feel what other people feel”.

“She is putting herself out there as well - something we weren’t too sure about - she’s only 13, but she is very, very determined and we wanted her to have the opportunity to express herself. Sarah is very resilient. We are hugely proud of all the kids.”

The Limerick Person of the Month award is sponsored by the Limerick Leader, the Clayton Hotel and media agency Southern.