WATCH: For the birds! Limerick pensioner in a flap over fine for feeding feathered friends

LIMERICK council has been accused of being “for the birds” after a pensioner was fined for feeding her feathered friends.

Breda Moynihan, 70, who lives in the Lee Estate, every day feeds the seagulls which regularly congregate on a green near her house, has been left “devastated” and “disgusted” after Limerick Council imposed a €150 fine.

The animal lover, who also gives carrots to horses in the estate and biscuits to cats, says she cannot afford the fine, which was made under the Litter Pollution Act 1997.

She was given a form filled in by a council official which accused her of “food thrown on a green area”.

The grandmother says she won’t pay the fine, and is being supported by former councillor John Gilligan, who said the fine is “scandalous”, especially given the illegal dumping which is taking place across the estate.

He added that instead of fining her, council should give her a mayoral reception.​ 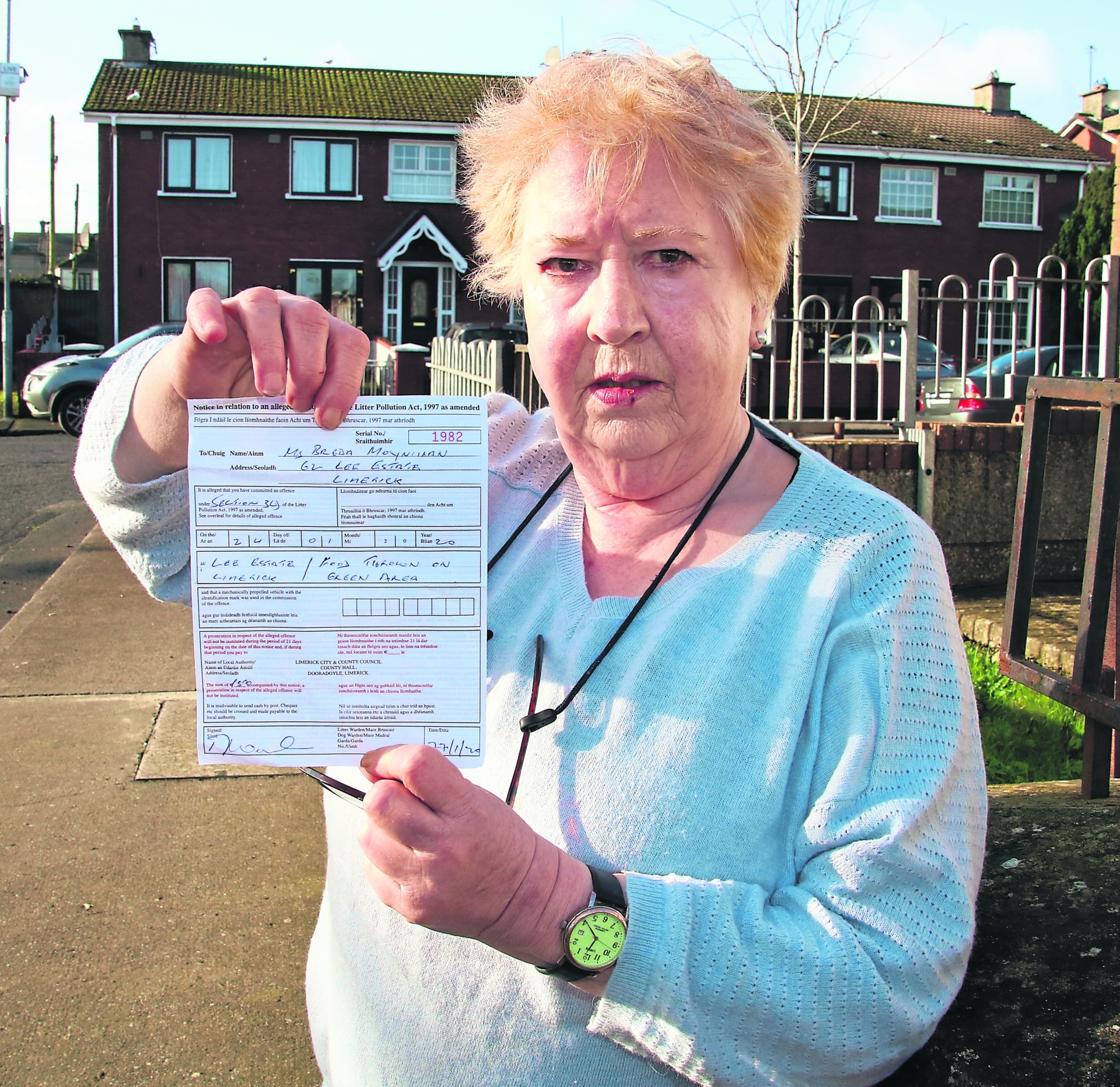 Speaking to the Limerick Leader, Breda said: “I feed the birds every day. I love animals, and just feel like I’m doing good. But this council man approached me and said I am causing rats. But rats have been around here all the time. The birds eat up the bread each day. I was devastated, I was disgusted. All I am doing is feeding a few animals.”

Mr Gilligan said: “Down through the years, we’ve been highlighting acts of unspeakable cruelty towards animals in Limerick. Here’s a woman whose the total opposite of that. She’s our own Mary Poppins. And they come down and charge her €150. That’s her entire pension gone.”

He said he will contact council boss Kieran Lehane urging him to see sense.

“You know these rules weren’t meant for people like her. She should be applauded, not persecuted. For God’s sake, do the right thing for Limerick and our estate, leave this lady alone. Breda feeds the seagulls, that bread is gone in seconds. She’s not dumping stews, or anything like that,” he said.

Labour councillor Conor Sheehan, who represents the area at City Hall, said: “I just think it’s an absolutely completely over-the-top draconian response by the council. I live in an area where people frequently dump bags of rubbish. I haven’t seen any of them landed with a fine. It’s totally cruel. Whoever issued this fine would want to pull their head out of their backside and realise they can’t do this to elderly and vulnerable people. It’s a disproportionate response.”

Council declined to comment when contacted by the Limerick Leader this week.