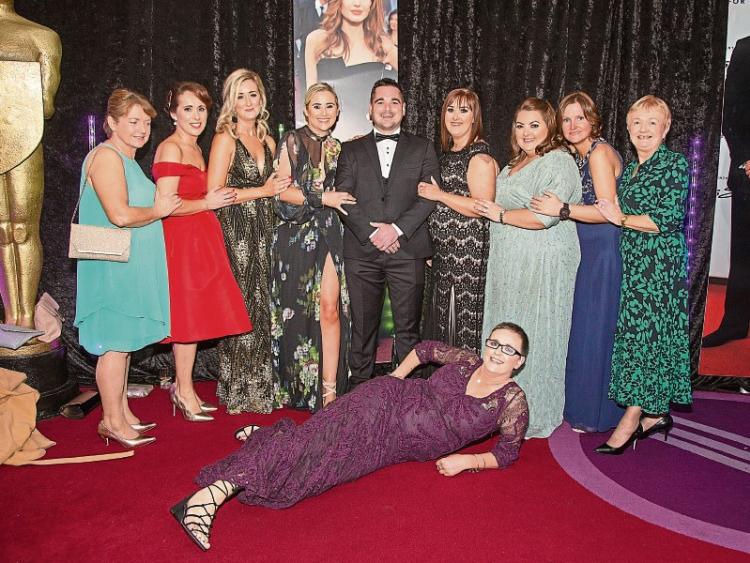 New connections were forged and over €70,000 raised for the local hall and everyone had a good time to boot!

THE red carpet has been rolled up but Broadford’s Night at the OsKars will live on in memory and on DVD and in the heightened community spirit sparked by their giant collective on to the silver screen.

Meanwhile, the huge amount of cash, over €70,000,  generated by this community-wide event will provide the seed capital for a big refurbishment of the community hall where the Hollywood/Brollywood excitement all began.

Up to 100 people were directly involved the seven mini-films produced for the OsKars while hundreds more took part in and contributed to the dozens of fund-raisers which took place in the run-up to the big night at the Charleville Park Hotel last Friday night. There, up to 900 people packed the hotel, eager to see the finished mini-versions of iconic, much-loved  films and even more eager to cast their vote.

It was a challenge for the four judges, Mary McEvoy, Jamie Herlihy, Tom Neville and Mike Larkin, admitted Lillian White, one of the small group of five who drove the project. “The standard was very high and it was very tight trying to decide.”

But The Wind that shakes the Barley was both the judges and the audience winner for Best Movie. Best actor went to Sean Brosnan in Forest Gump; Best Actress to Sharon McCarthy in Calendar Girls; Best Supporting Actor went to John Pierce in Waking Ned while Bernadette Molony in Sister Act brought home the Best Supporting Actress gong.

The organisers, Kevin Fitzpatrick, Mike Pierce, Tommy Cregan, Eoin Barry and Lillian White were absolutely delighted with the whole undertaking and with the night itself which spilled over into Saturday night.

“The money is one thing,” Lillian White said, “and that exceeded our hopes. It’s over €70,000 but we haven’t tallied everything yet.”

“But when you bring 100 people together and friendships formed that might never have happened otherwise, it’s amazing,” she added.

Mary Lee Geary, chairperson of Broadford Development Association which is spearheading the refurbishment of the community hall, was equally pleased with the outcome. “It was terrific to see so many people, of all ages, coming together to do something for their community and having great fun at the same time,” she said.

The refurbishment will involve demolishing a section of the hall to provide a new kitchen, meeting rooms, green room and bathrooms as well as upgrading the main hall.

The DVD of the OsKars will be released in the coming weeks.