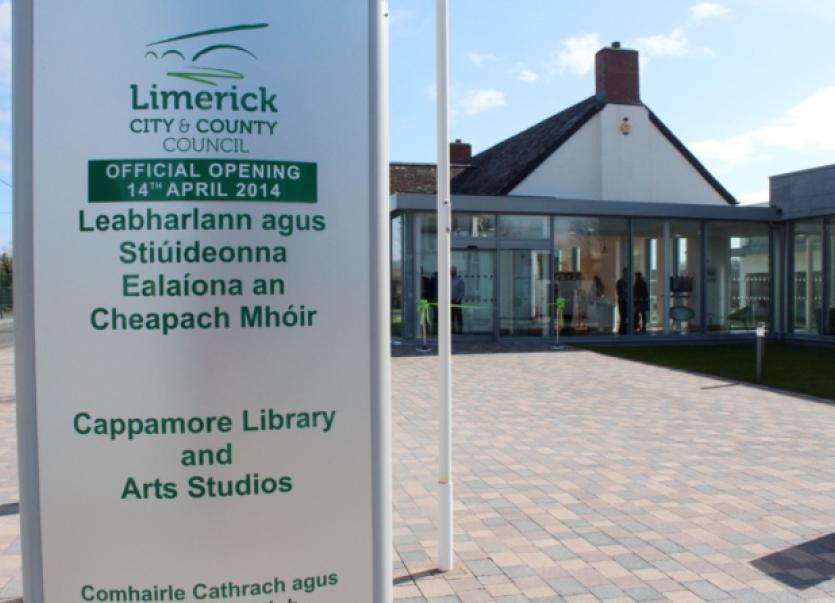 A NEW €1m Library and Art Studios complex which has been opened in Cappamore is the first library in Limerick to be 100% self service.

A NEW €1m Library and Art Studios complex which has been opened in Cappamore is the first library in Limerick to be 100% self service.

The new Library and Arts studios will also support Cappamore’s designation as an age friendly town and offer a range of quality programming for vibrant senior citizens.

Speaking at the official opening this morning, the cathaoirleach of Limerick County Council, John Sheahan praised the positive contribution of a number of key agencies to deliver the library.

“In total over €700,000 in grant aid was made available from Government, Ballyhoura Developments Ltd and the Local Community Council with the balance of €300,000 being provided by the local authority from its own resources,” he said adding: “The completion of this building today proves when we work together in partnership it is to the mutual benefit of all. I believe that the spirit of positive co-operation that has been achieved so much in Cappamore today will serve as a catalyst for the new Limerick authority.”

Conn Murray, Limerick city and county manager, said the official opening of the new €1m building is a milestone in the Council’s mission to make its frontline services more accessible to the public.

“This project is a key element in our City of Culture programme and the Library and Arts Services are our longest and best used cultural facilities,” he said.

The design of the new Library and Arts Studios placed sustainability and environmentally friendly installations at its core. The building is heated by a biomass boiler burner unit incorporating recyclable wood shavings as a fuel source and the overall building design is orientated to maximise solar heat and reduce heat loss.

The Architects on the project were Michael Healy & Partners and the building was constructed by Martins Construction Ltd.

Minister for Finance, Michael Noonan, who performed the official opening said Limerick was “leading the way” with the amalgamation of the two library services as part of the creation of the new single Authority for Limerick.