Then and Now: New beginnings at historic estate - Tom Aherne 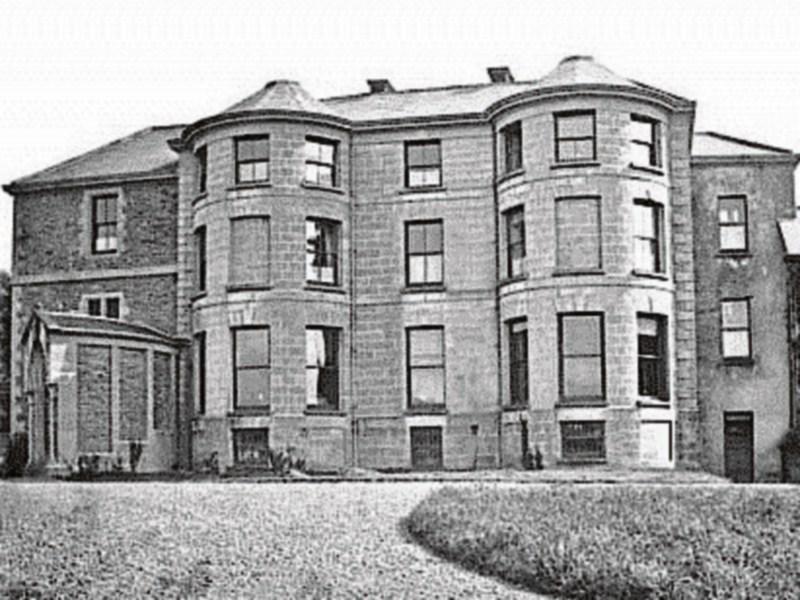 I WAS part of the St Kieran's Heritage Association group that attended the open morning at Mount Trenchard house and gardens last Friday, November 19.

Driving in the long avenue to the house a person can appreciate its historical importance due to location and layout. A warm welcome awaited the many people that were visiting on a lovely calm and mild morning. Frieda Keane Carmody and daughter Olivia were on hand to meet all and inform people of its past history and future plans.

The attendees included people who had attended boarding and day school there, and those associated with it through other activities. Chris Noonan who worked there in his youth was present to recall his memories of the vast estate with a tranquil setting. A tour of the house was interesting and showed the vast potential for future use.

Restoration work has been taking place in the past couple of years and when complete will be an ideal venue for many diverse events. The walled garden a little distance away is spacious and functions as a Physic or healing garden. A few woodland walks have been restored with ongoing work on others. The views over the Shannon Estuary are breathtaking and the walks around are good for body and soul.

Mount Trenchard is an Irish stately home three miles west of Foynes village on the road to Glin, overlooking the majestic River Shannon the longest river in the British Isles. It was the ancestral seat of the Rice, and subsequently Spring Rice family. The estate was originally granted to Francis Trenchard on June 20, 1612, by a charter of James 1.

Mount Trenchard House was built in the late 1770s by the Anglo-Irish Rice family, who were major landowners in County Limerick. The house was built in the late Georgian style with some Victorian additions. The marriage of Stephen Edward Rice to a daughter of the Spring family who were also important landowners in southwest Ireland in 1785 greatly increased the family estate.

At this stage the family estate was approximately 6,500 acres, and their descendents were subsequently raised to the peerage as Barons Monteagle of Brandon.

The house remained the seat of the Spring Rice family for 175 years, although its surrounding estate was gradually reduced in size. Mount Trenchard was used as a safe house by IRA fighters during the Irish War of Independence.

A safe house was a secret place for sanctuary or suitable to hide persons from the law or from retribution, threats or perceived danger. They were looked after by Mary Spring Rice and the family boat was used to carry men and arms across the Shannon Estuary. In 1940 the house was let and occupied by a unit of the Irish Army, and they remained there for the duration of the Emergency.

In 1947, the house and estate was sold to an English woman Lady Holland, who was related by marriage to the Butcher family. She carried out renovations to the mansion and hoped the fresh and clean air in the area would improve the health of her invalid daughter Hilary.

Sadly, her daughter died in 1949 and Lady Holland passed away in 1952. She left the bulk of her estate including Mount Trenchard to her nephew Lieutenant Charles E Hall, of Willington near Maidstone, Kent.

In 1953 the house was sold to the Sisters of Mercy who opened a private boarding school called Stella Maris for girls. They extended the complex to include a large 1960s dormitory block, classrooms and a church. A day school was opened later on and education ceased in 1996.

The Religious Sisters of Mercy were members of a religious institute of Catholic women founded on 1831 in Dublin by Catherine Mc Auley. Mount Trenchard was sold again in 1996, and it was used as a centre for holistic medicine for a number of years.

Its latest use as a direct provision centre was as a base for Asylum seekers. Samuel Lewis described this mansion formerly called Cappa as "beautifully situated on the banks of the Shannon". It was marked as "Cappo" on the Taylor and Skinner map of the 1770s, and valued at £40 in the 1850s and at £54 in 1906

Her maternal grandfather was the Bishop Samuel Butcher, and she was brought up on the family estate in Mount Trenchard. It was a progressive, liberal household and independence of thought was encouraged as well as Gaelic culture. Mary and her brothers were taught how to speak fluent Irish.

Before the First World War Mary hosted many Irish nationalist and Conradh na Gaeilge meetings at her home and she became a close friend of Douglas Hyde former President of Ireland. She was actively involved in gunrunning during 1913 and 1914 with the Howth one the most documented.

This involved the movement of weapons by ship from Germany to Ireland to be used in the Irish uprising.

She raised two thousand pounds with Molly Childers towards the purchase of 900 Mauser rifles from Germany many of which were used in the 1916 Easter Rising. She sailed with Molly on the Asgard with three others from Foynes harbour for nineteen days to meet a tug off the Belgium coast.

They landed their cargo of nine hundred rifles and twenty nine thousand rounds of ammunition safely at Howth on July 24, 1914.

Mary was also deeply involved in setting up a branch of Cumann na mBan in Foynes. She also helped to train local women as nurses so that they could tend to wounded nationalists and she acted as an IRA message carrier between Limerick and Dublin. Mary Spring Rice contracted tuberculosis in 1923 and entered the Vale of Clwydd Sanatorium in North Wales. She died there unmarried in 1924 aged 44 years.

Her remains were brought home to Mount Trenchard for burial in the family burial plot in the nearby Protestant churchyard. Her coffin was draped in the Irish tricolour and the local IRA provided a guard of honour along with members of the Gaelic League.

On September 21, 2014, a commemorative plaque on the entrance pier to mark the role Limerick people played in the 1914-gun running was unveiled.

Mount Trenchard is an ideal location for many different events, even a family wedding was held there this year. Its vast open spaces for parking and crowds, could include holding open air concerts. Drama groups could use the large hall and excellent stage to perform their plays.

We look forward to the house and garden returning to its former glory.