Spotlight: The importance of being Myles 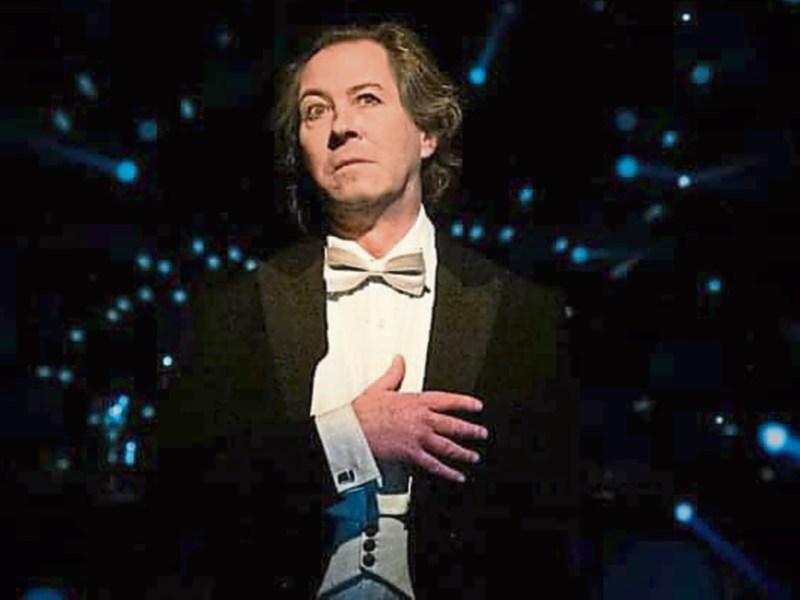 Myles Breen has appeared in many local productions over the years

Myles Breen is a Limerick legend! I first met him at UCC in 1984 when we were engaged in postgraduate studies in Education.

We both auditioned for a part in a UCC Dramatic Society play by Samuel Beckett. Myles got a minor part and the role I auditioned for was given to Graham Walker (AKA Graham Norton), who was in my English tutorial group – an elite bunch of miscreants! I never got to know either of them then, as we mixed in different social circles.

Myles was born (1964) and reared in Limerick to pub owners Myles (senior) and his wife Bridie. Myles senior bought the public house in the early 1960s and it was sold in the mid-1980s. While it retains the family name it is no longer in the possession of the Breen family. Sadly, Mr Breen passed away in 1990 and is survived by his wife Bridie, who is 100 years old!

Myles (junior) has two older brothers and four older sisters. His younger brother, John, who lives in New York, is also, like Myles, a playwright and Director. Myles attended The Model primary school and St Enda’s secondary school before going to college in Cork.

From an early age Myles was taunted at school as a “Sissy” and “Nancy” and he grew up as a gay man in an Ireland that was intolerant of homosexuality. He was, naturally cautious about coming out but he took the time in college to reflect. “You have to come out to yourself first” says Myles. He had no role models and no information in a culture that was conservative and restrictive.

He then disclosed his sexuality to his siblings and, subsequently, to friends “They were all fine about it” says Myles. He was more hesitant to tell his parents as they came from an older generation that had different values. Another factor that inhibited his having that conversation with his mother was that the 1980s was a scary time for the gay community as AIDS was spreading like wildfire and people were dying!

Myles was coming to terms with his sexuality but in reality, it seems, others around him ‘knew’ or ‘suspected’ as he is quite effeminate in his speech and mannerisms. Of course one can be like this and not be gay! A while after his father had passed away he eventually told his mother. She said: “When you were a boy of 7, 8, 9, I worried about you.” The dear lady was so concerned that she wrote a letter to the agony aunt of Woman’s Way magazine asking for advice. Thankfully the counsel she received was sound and supportive.

‘Language Unbecoming a Lady’ was originally written by Myles for Limerick Pride. This one-man show is semi-autobiographical. It’s the life story of a drag queen and the gay man underneath the façade. Incidentally, even though Myles dresses in tights, frocks and heels and puts on lipstick and rouge for pantomime, he is NOT a drag queen! In this script Myles drew on a lot of his own experience of growing up gay in the 70s/80s in Limerick, although some scenarios are imagined. It’s about coming out etc.

The people of Limerick were very generous in fundraising to bring this show to New York, where it ran in the first ‘Irish Theatre Festival’ in 2015.This festival annually presents new works with an Irish connection to new York audiences and is run by fellow Limerick native and friend to Myles, George Heslin. Myles won ‘Best Actor’ at the festival, which was also supported by the Limerick City and County Council and the Chamber of Commerce.

Myles has a brother, John, in New York and that made the trip even more special and he spent a week after the show on holiday. Myles laughs at the coincidence of bumping into both Pat Short (whom he already knew) and a friend, Anto Nolan, whom he hadn’t seen for 20 years! What are the chances?

The lure of theatre

Myles spent 4 years in UCC and returned to Limerick to announce to his parents that he wanted to be an actor. I’m guessing that coming out was less of a surprise! A commerce degree was not an ideal preparation for walking the boards, which is a rather uncertain career path. But Myles found that he could be himself amongst fellow actors, who accepted him. “My parents were worried” says Myles, but ultimately they trusted me.”

Mrs Breen has had a lifelong love of theatre and brought Myles to plays and shows by the Torch Players at the Belltable, the Cecilians at the Crescent and to Abbey Theatre productions when they were in town. “She has been incredibly supportive over the years” says Myles.

Myles has been entertaining child and adult audiences in pantomimes in Limerick for many years. “It’s one of the hardest jobs you could possibly do” says Myles. He explained that it is “the physical comedy, falling down, the slapstick, singing and dancing, costume changes and audience interaction, when taken together, are quite demanding and require high levels of energy and stamina, with two shows a day, seven days a week over period of a couple of weeks. It’s a marathon and a sprint.” There have been a few injuries over the years he confesses.

Although pantomime is quite intense Myles says he enjoys it and is not getting tired yet! “It’s hard work but great fun” he says. He doses himself with vitamin C and his experience and love of his craft carries him through, to hugely appreciative audiences.

Myles is no stranger to Limerick audiences from his many appearances in pantomime. In the University Concert Hall. He has appeared in ‘Cinderella’, ‘Aladdin’, ‘Snow White’, ‘The Sleeping Beauty’ and ‘Beauty & the Beast.’ Favourite shows with Island Theatre Co. include ‘The Colleen Bawn’, ‘Pigtown’, ‘Sive’, ‘Hamlet’, ‘The Taming of the Shrew’ and ‘Under Milk Wood.’ He has also appeared with Animated State, Daghdha, Steeple, Magic Roundabout, Gallowglass, Yew Tree, Graffiti, Impact, Quare Hawks, Natural Shocks and Teaspach.

Myles is a founder member of Bottom Dog Theatre Co. His one man show ‘Language Unbecoming a Lady’, was presented at the first ‘Irish Theatre Festival’ in New York, hosted by Origin Theatre Company in 2015 for which he won Best Actor.

For Bottom Dog he has written ‘The Bachelor of Kilkish’, ‘Porkville’ and played Mikey in their production of ‘What Happened Bridgie Cleary?’

For Limerick Music Generation he wrote and appeared as King Ludwig in their production of ‘The Lola Montez Experience.’ For Limerick Youth Theatre he has written and directed ‘Channel Surfing’, ‘Storyland’, ‘A Night in the Library’, ‘Around the World in 80 Minutes’, ‘Gulliver's Travels 2016’ and ‘#GoggleBox’. TV and film credits include ‘Fair City’, ‘Why the Irish Dance That Way’, ‘Northanger Abbey’, ‘Corp agus Anam’, ‘Clash of the Ash’, ‘Mattie’, ‘The Limerick Trilogy’ and ‘Killnascully’.

Before lockdown No. 1 Myles delivered his one-man show, ‘A Wilde Fan’ at the Belltable. This homage to Oscar Wilde was written by Myles and directed by Liam O’ Brien. The traditional Christmas pantomime for 2020 was performed at the University Concert Hall, “in a bubble” says Myles.

The show was ‘Jack and the Beanstalk’, “The only thing I did last year” says Myles. The cast was tested for Covid and isolated in a student accommodation block for two weeks and the show was filmed. “It seemed odd without audience interaction” says Myles.

He tried his hand at teaching in Christian Brothers College in Cork but decided it was not for him. “Classroom management seemed to be based on fear and I looked like a teenager, a peer of the all-boys classes and could not command the authority needed to function and survive” says Myles.

After college (1984/5) Myles continued to live in Cork until 1988. He then lived in Dublin for about 10 years, off and on. In 1989 he returned to his native Limerick with the Island Theatre production of ‘The Colleen Bawn.’ Myles says he learned a great deal in his twelve year experience with this professional company.

Despite Myles’ brief flirtation with classroom management and his decision that teaching was not a career he wanted to pursue he now (pre Covid and hopefully post Covid) goes into schools teaching drama! The irony is not lost on him. He works with The Daughters of Charity and Limerick Youth Theatre.

Myles set up Bottom Dog (Theatre Company) with Liam O'Brien, Mike Finn and Mike Burke in order to create work for themselves and Limerick audiences and to support the work of others. It is a Limerick institution and one hopes it will receive the official funding it deserves as it struggles along on a shoestring.