Concert to give wings to new Nightingale project 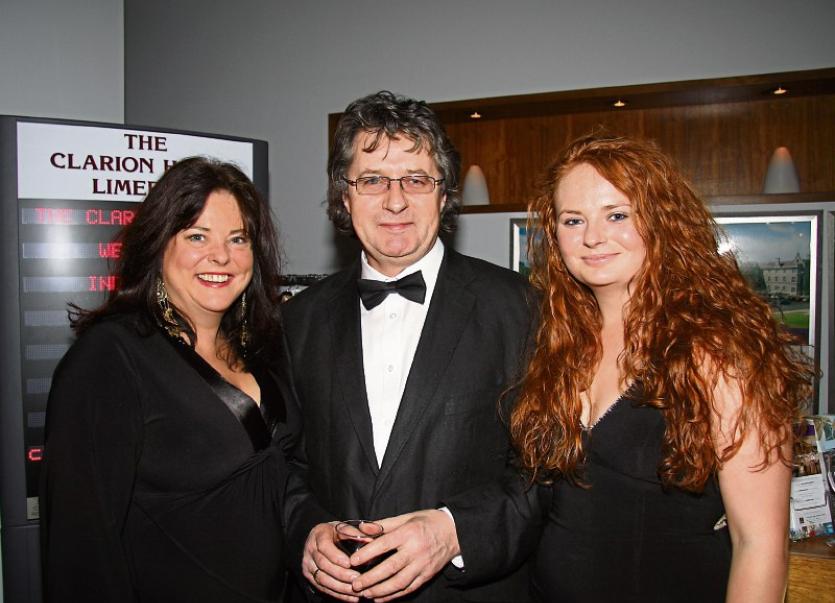 Sarah Dolan, pictured with parents Val and Mick of Dolan's fame, is driving the Nightingale project with Mike Finn

NICKNAMED ‘The Madonna of her day”, Catherine Hayes is perhaps the most famous performer Limerick has produced on a global stage.

A classical soprano, Hayes was born on 4 Patrick Street in Limerick and by the end of her career had travelled the globe performing in some of the most famous venues.

However, her years of performance activity in the mid-1800s leave us with no actual audio recordings and perhaps this is why her name has somewhat faded into the annals of history.

This is set to change over the next few months as a well-known Limerick duo prepare to collaborate on a theatre production that will celebrate the life, career and music of Limerick’s most successful classical music export.

Mike Finn (Pigtown, Killinaskully, The Unlucky Cabin Boy) and Limerick soprano Sarah Dolan are currently working on the creation of ‘Nightingale’, a project that aims to reintroduce the life and work of Catherine Hayes to a local, national and international audience.

Production on Nightingale is planned for 2017 with a fundraising concert to help support the show’s development taking place in St Mary’s Cathedral on Thursday June 9.

Speaking from Seattle where she is currently based, Sarah Dolan says the concept for the show has been one she has wanted to develop for many years.

“I have always felt  the life of Catherine Hayes should be celebrated in some way,” she told me. “She is such a special part of Limerick history and I believe she deserves to be recognised on a global stage”.

Sarah’s classical career has taken her to stages in Europe and America were one of her performances was noted as “a moving, authentic vocal interpretation of, ‘The Last Rose of Summer’” by the Washington Times.

Limerick audiences will remember Sarah from her performance as part of the open air Proms in the Park which took place during Limerick’s year as National City of Culture in 2014. A daughter of well-known musical promoters Mick and Valerie Dolan, Sarah has been immersed in the world of musical performance all her life.

“In her day Catherine Hayes was considered an operatic superstar,” Sarah notes. “She was known for her operatic roles but also her concert repertoire. She introduced a lot of Irish classical repertoire to the world such as Kathleen Mavourneen’’

Colette Davis will act as musical director on the evening with support coming from the Voices of Limerick, harpist Aisling Lyons and some special guests.

Changing how we interact with and use our city centre will take time but already great steps have been taken in an attempt to make Limerick city more user friendly.

Five years ago our dining offer and evening economy wasn’t a patch on what we have today. Four years ago our riverside boardwalk was yet to be completed.

Three years ago we wouldn’t have had urban art, pop up gardens or theatre productions in disused warehouses. Two years ago the idea of a public bike scheme in the city was far from reality.

This week we have seen the welcome addition of new public seating in what was a taxi rank just over a year ago.

Great to see simple, effective new seating in front of Cruises St #limerick. once a taxi rank -now a place to relax pic.twitter.com/hkWOgDkdsQ

The public space in front of Penny’s on O’Connell St is evolving nicely into a very user-friendly public space right in the heart of the city centre.

What I love about this project is the fact that the local authority is allowing itself leeway to be creative. This is a trial and error project that can always be improved. It is not something that arrives out of the back of a lorry and is put in place for eternity.

The more we can embrace the challenge of thinking creatively and trying something that bit different the more chance our city has to stand out from the crowd.

Kudos to all involved.

I’m really looking forward to attending the Coronas Live at King John’s Castle on Saturday night. It has taken a long time to get to a place where such a concert can take place in the grounds of the castle once again.

Since its redevelopment a number of years ago the castle has witnessed somewhat of a renaissance.

Visitor numbers are consistently on the increase and the team behind it all, Shannon Heritage, are investing in trying out new initiatives such as the big gig on Saturday night.

All of this is happening, in my opinion, as a result of the new sense of collaboration and community spirit that we are now seeing in Limerick.

Our civic leaders want our city to thrive and are willing to work together to make it happen. This can only bode well for the future.