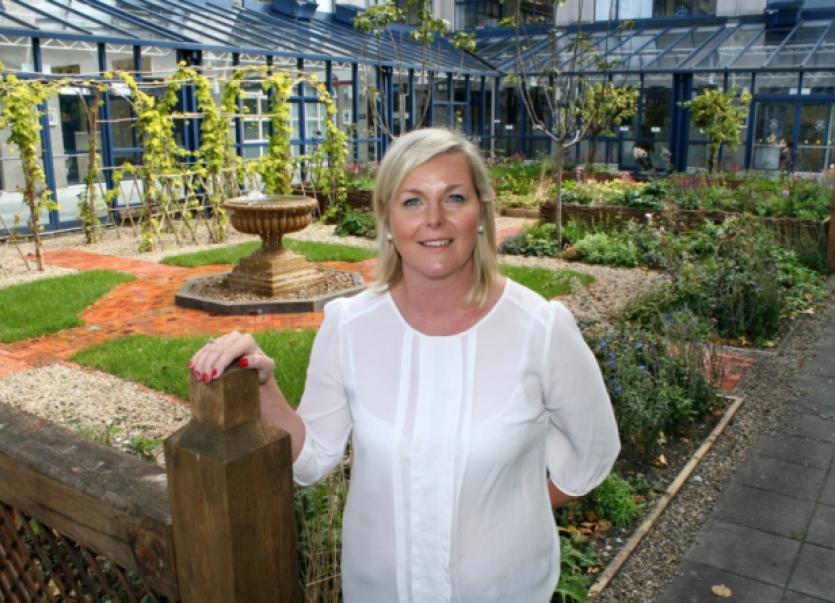 A GARDEN created for the Bloom festival in Dublin has been lovingly recreated and relocated to a new permanent home in City Hall.

A GARDEN created for the Bloom festival in Dublin has been lovingly recreated and relocated to a new permanent home in City Hall.

The Limerick Culture Garden - backed by City of Culture funds - was a silver medal winner for large gardens at Bloom, which was visited by more than 100,000 people in Phoenix Park over the June Bank Holiday.

Designers Ailish Drake and husband Conor Hourigan, architects based in Montpelier, have returned the garden to an outdoor space in City Hall, where it will now remain permanently.

“We are delighted with the garden, it turned out really well in the spot that it is in,” said Ailish.

“The staff are delighted and a lot of people have been in and out to see it. It is on that river walk so it is open for the weekend and everything.”

The Parks Department will maintain the garden, which measures about 10m by 16m and features upwards of 1,000 plants.

Fittingly, given its new location in the shadow of King John’s Castle, the garden is inspired by Limerick’s rich medieval heritage.

New features have been added for the relocation to Limerick, the landscaper explained.

“We did upgrade the garden from the show garden. That was there for five days, but when we brought it down we wanted a more permanent fixture,” she explained.

“We changed some of the design, put in disabled access, so we have these lovely brick paths that go through it - it is much more accessible.

“Things like the turf seats have been made more permanent, they are brick faced and the raised beds, for the show they were done in plywood, but now they have been done in block work.

“Basically the garden is much more permanent in its new location. We will have to give it a chance to grow on a bit - for the show you pack everything in, but for a real garden you have to give it space to grow, the plants are laid out much more spaciously.”

President Michael D Higgins was a visitor in Dublin, as was An Taoiseach Enda Kenny, who has promised a return visit.

“I met Enda Kenny again in Killarney a few weeks after that and he remembered the garden, and he was quite taken by it. He said he would definitely call to visit us in Limerick on his next trip.”