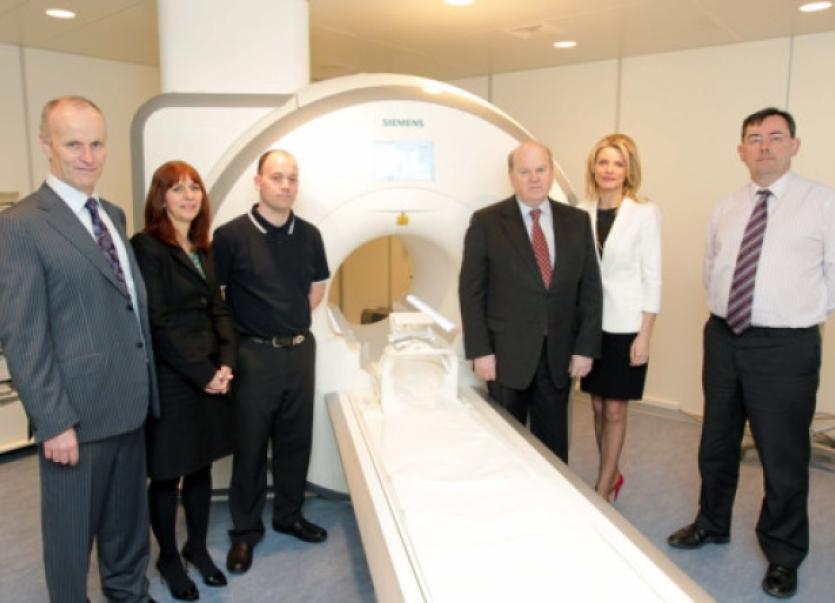 MINISTER for Finance Michael Noonan has officially opened the €2.5m Barringtons MRI Centre, describing the development as “proof of the huge advance in medicine”.

MINISTER for Finance Michael Noonan has officially opened the €2.5m Barringtons MRI Centre, describing the development as “proof of the huge advance in medicine”.

Speaking at the opening, Minister Noonan said the new scanning unit for detection of all types of diseases and medical conditions will “enhance the very significant facilities” in Limerick’s only private hospital.

“This is a very significant occasion for medicine in Limerick and the wider region,” said the Minister.

The former Fine Gael health minister also complimented the “very high throughput” of the unit, with 300 scans processed a week, noting that an appointment can be received within three to five days, and the results can be received in the same time period.

The Minister said he hopes it’s successful as an investment, as well as a diagnostic tool, as the private sector is also in need of a cash injection during these times.

“It’s very impressive, and a very important medical facility for the region. It will compliment public service medicine in the region. Budgets are quite tight at present, and to have the private sector stepping in, they can work together,” he said.

The first MR scanner unit in Barringtons - now the biggest employer in Limerick city centre - was opened 14 years ago by rugby star Keith Wood. Now, the €2.5m centre is home to two high-tech, state of the art scanners, including a €1.2m wide bore scanner which was added last November. This scanner allows for obese or people with a fear of confined spaces to be scanned in more comfort.

Malcolm Banks, the managing director of Barringtons MRI, said the centre is serving patients from across the Mid-West and further afield. He said the centre was initially established in 2000 with one MR scanner, and the growing need to expand the centre to cater for more patients soon became clear.

The MRI centre, which now has 10 full-time staff, provides scanning for studies of the musculoskeletal system, brain, spine, chest, abdomen and liver.