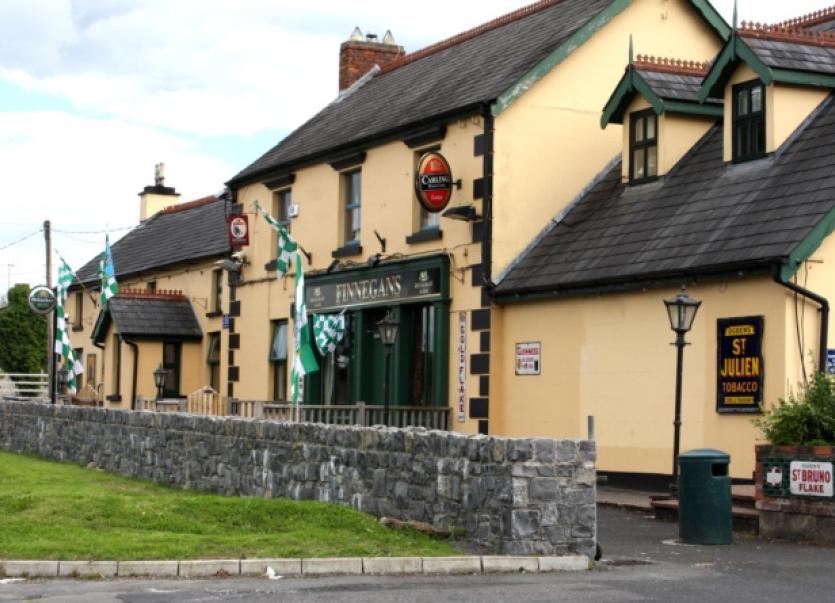 ONE of Limerick’s most well known pubs has gone into receivership - but it will continue to trade for the time being.

ONE of Limerick’s most well known pubs has gone into receivership - but it will continue to trade for the time being.

There are fears for 30 full and part time jobs at Finnegan’s Bar and Restaurant on the Dublin Road in Annacotty after NAMA appointed statutory receivers to Novaridge, its the holding company.

A spokesperson for the receivers at KPMG confirmed the pub would trade as normal for the time being - but restructuring looks likely.

Built on the site of a Bianconi coach house, Finnegan’s has operated as a pub since the turn of the 20th century.

It was initially owned by the Quilty family until its last surviving member Paddy passed away in the 1970s.

After this, it was sold on a number of occasions to a number of different parties including Gerry Leonard and the Costello family.

It was taken over by Finbarr Murphy around the year 2000, who gave it the present name.

Located just off the M7 motorway, it was popular with families using it as a stop-off when travelling around the country.

Local Fine Gael councillor Michael Sheahan said the bar is “like a motorway service station without the petrol”.

“There is no facility for refreshments on the motorway, so it was an opportunities for families to have a bite to eat,” he said.

Jerry O’Dea, local representative of the Vintners Federation says the receivership represents “a sign of the times”.

“Costs are still as high as they ever were, and I think inevitably we will see more closures until we get to the bottom of this,” he said.

NAMA said it does not comment on individual cases, but added “an enforcement strategy is pursued by NAMA in circumstances where the debtor’s business plan is not considered acceptable, the debtor is in default and is not co-operating or where some other event has occurred that could potentially threaten NAMA’s position as a creditor.”

Management at the pub were not available for comment.