Hopes that HMV could return to Limerick 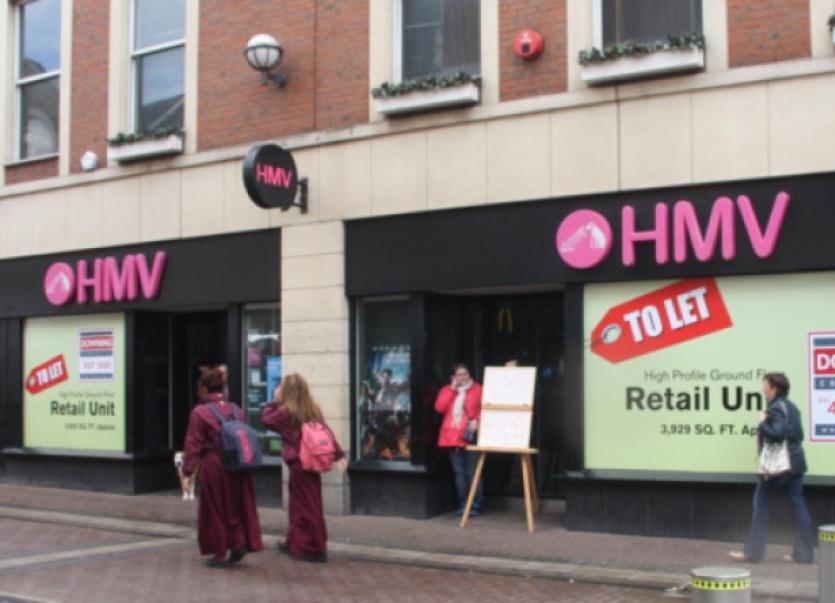 THERE are fresh hopes this week that HMV could reopen in Limerick after the firm which bought the operation out of receivership confirmed it was negotiating with landlords here.

THERE are fresh hopes this week that HMV could reopen in Limerick after the firm which bought the operation out of receivership confirmed it was negotiating with landlords here.

Restructuring specialist Hilco says it is in negotiations with landlords with a view to re-establishing the iconic chain in Limerick, and other cities.

But it appears unlikely that the chain would move back into its former home in Cruises Street after the unit was put up for rent.

Thirty people in Limerick lost their jobs when HMV collapsed into receivership in January.

Sit-in protests were held at the city’s two branches in Cruises Street and the Crescent Shopping Centre as workers bid to secure a full settlement of monies they were owed.

It would be unlikely that both branches would reopen, with Hilco only looking to re-open up to six stores nationwide.

City North councillor Maurice Quinlivan, Sinn Fein, said the re-leasing of the Cruises Street branch would not necessarily rule out HMV’s return to the city centre, instead of the Crescent Shopping Centre.

He argued Hilco could target another location in the city centre.

“I would prefer if both of them to reopen, but I would prefer a city centre location. It would be more appropriate for HMV. It was much more than a record store. It also brought young people into the city centre,” he said.

“When HMV closed it’s two Limerick stores in February it was described locally as “music dies in Limerick”,

“Lets hope the store re-opens and it and the music returns,” he concluded.

HMV was placed in administration at the start of this year in Britain, while its stores in the Republic of Ireland suffered a worse fate by being placed in receivership.

Hilco took the chain over, and managed to keep half the British shops open, as well as a number in Northern Ireland.

But at the time of closure in Ireland, David Carson of Deloitte, the receiver appointed to HMV’s Irish shops, confirmed the two stores, in Cruises Street and at the Crescent Shopping Centre, were to close for good.

The closure of the HMV store in the heart of Limerick was a blow due to its location on Cruises Street/O’Connell Street.

It opened in 1992 as one of the original shops in the pedestrianised thoroughfare in the centre.