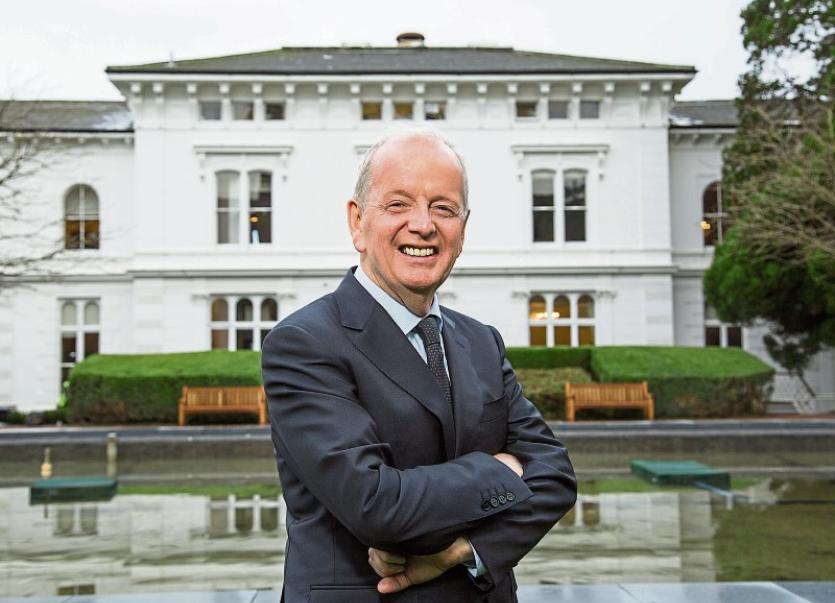 The President of the University of Limerick, Dr Des Fitzgerald, has announced his intention to step down as President.

Staff, students and other stakeholders were informed of the decision by email this Tuesday afternoon.

In a statement, UL confirmed that Dr Fitzgerald will end his term later this year and that the Governing Authority of the University will shortly begin an international recruitment process to select a replacement.

Dr. Fitzgerald,  a medical doctor, says he had taken the decision to resign in the context of Covid-19.

“Unfortunately this virus will directly impact my ability to serve the university and limit my ability to fully engage once we get our community back onto the campus,” he said in a letter sent to the Chancellor of UL, Mary Harney.

Dr Des Fitzgerald has announced his plan to step down as President of UL. He has been thanked for his contribution to the University and, in particular, for his leadership in the region during the COVID-19 pandemic crisis. Read the statement in full here:

Dr Fitzgerald was appointed as President of UL in late 2016 and commenced his term of office in early 2017. Prior to his appointment, he had held leadership positions in a number of leading academic institutions and was Vice President for Research and Vice President for Health Affairs at UCD.

“I believe that during my term as President, my colleagues and I have made important progress on key issues including successfully taking the first steps in establishing a campus in the city, developing our healthcare programmes, growing our research output and increasing the University’s engagement in education globally. We also agreed an ambitious strategic plan for the University which in the context of Covid-19 will require some further review, but which remains an important vision of what UL can become in the years ahead,” he said.

Dr Fitzgerald added he is proud of the role UL has played during the Covid-19 crisis.

“I am particularly proud of UL’s response to the COVID-19 crisis, in recognising its gravity early, in rapidly and successfully moving online and in contributing to the fight against the pandemic in our community. The University’s management showed great foresight in moving quickly and the academic and support staff have shown great skill in bringing a difficult year for them and our students to a successful end.”

In a statement, he warned the Covid-19 crisis would shape the future of the university sector for the next decade and beyond.

“Covid-19 will force universities across the world to re-examine both their business and academic models. Significant changes and investment will be required to support the sector.”

He said it was vital that the new government stepped up to the plate to protect the university sector in Ireland as it would play a crucial role in the economy’s recovery.

“The very existence of UL is testimony to the can-do attitude of the people of the Mid-West region who overcame enormous obstacles to secure its development. That same spirit will be vital in the years to come but I have no doubt the importance of UL to the region and to the broader economy will grow significantly in the years ahead.”

The Chancellor of the University of Limerick, Mary Harney, has paid tribute to Dr Fitzgerald – describing him as a transformational president.

“I regret that he has had to take this decision as a result of Covid-19. Highlights of his time in office include the very ambitious Strategic Plan (UL@50) which he oversaw together with the fulfilment of a decade long dream to secure a prime city centre site for the university in Limerick and a step change in the delivery of research programmes and an increase in the University’s research funding. And in recent months, Des led the university’s successful response to the Covid-19 crisis,” she said.