So called cocooners were among the first people through the gates of one Limerick garden centre when it reopened this Monday morning.

While staff at Curragh Chase Garden Centre have been carrying out some home deliveries and offering a limited collection service for the past seven weeks, it has been closed to the public since the middle of March.

"This has been one of the most challenging years since we have opened the place for obvious reasons," said Ray Conway who owns and runs the garden centre with his wife Joy. 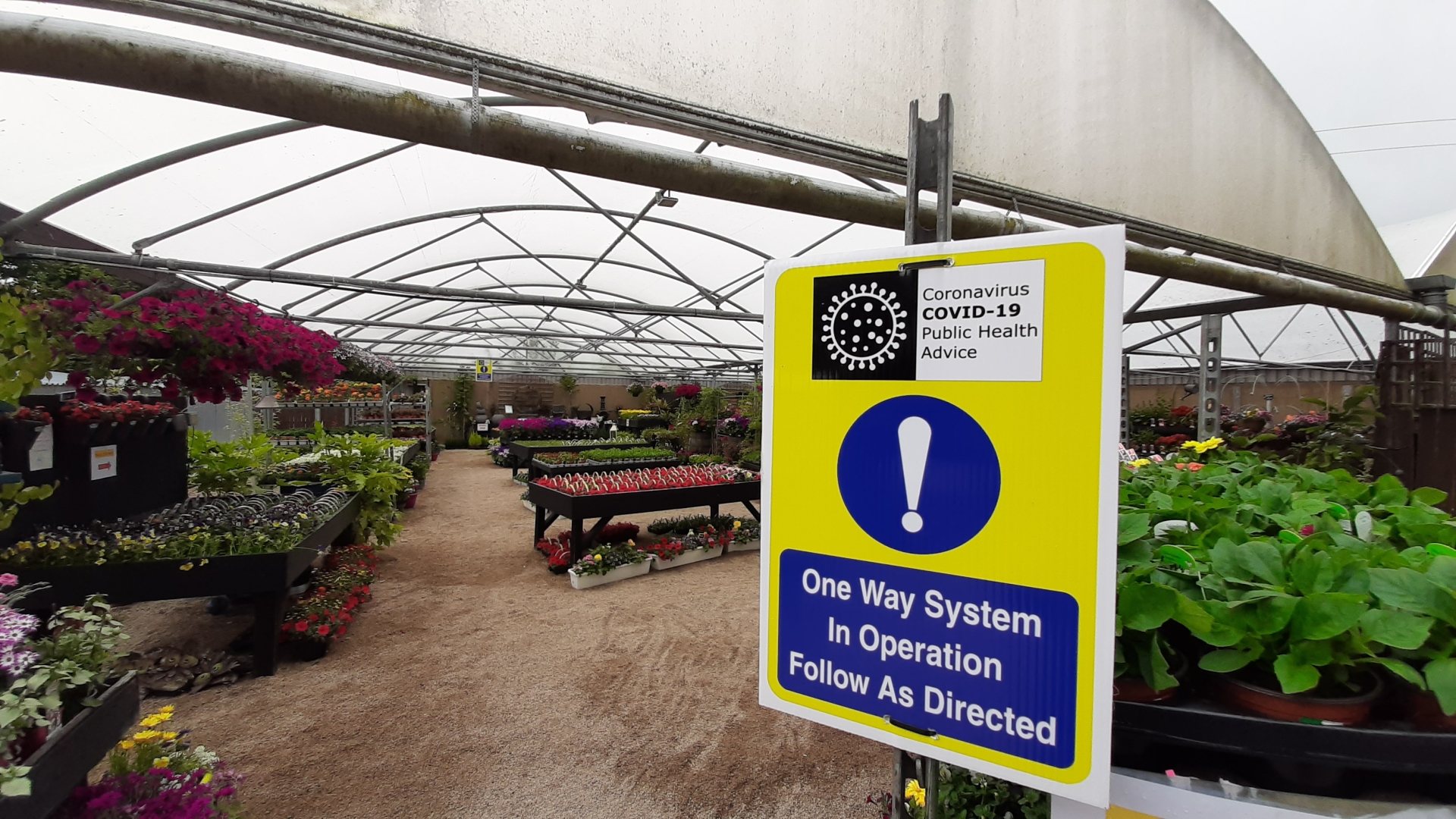 Like other businesses which have been cleared to reopen during Phase 1, Ray had been working tirelessly to ensure the garden centre was ready and safe for staff and customers.

"First of all we have supplied all the staff with full PPE - we have face masks, gloves and hand sanatisers in all their pockets - and hand wash stations for staff and customers. We have also changed the layout of the garden centre, we have put a one-way system in place, we have signs up to guide people around, we are also the limiting the number of people who can come in at any one time," Ray told the Limerick Leader.

One of the first customers through the gates shortly after 10am was retired teacher Olive Fitzgerald from Kildimo.

"It's wonderful, I couldn't wait this morning and it's great. It's wonderful to see some businesses opening up slowly and safely and hopefully we can back to normal soon," said Olive as she picked up a tray colourful Petunias.

Another cocooner Lily Miller from Ballycahane, Pallaskenry said she was delighted to be able to leave home to come to the garden centre.

"It's great to be able to come here and do my garden. I have been pulling weeds for the last few weeks even before they showed their heads. I have been digging the soil because I love my gardening," said the grandmother of eight who revealed that she had been tested for Covid-19 during lockdown.

"I did have an experience, I did have to go and get tested because I was sick a couple of weeks ago but luckly it was negative. I had all the symptoms and the doctor sent me for a test and it was some experience going in (to the LIT Gaelic Grounds)," she said. 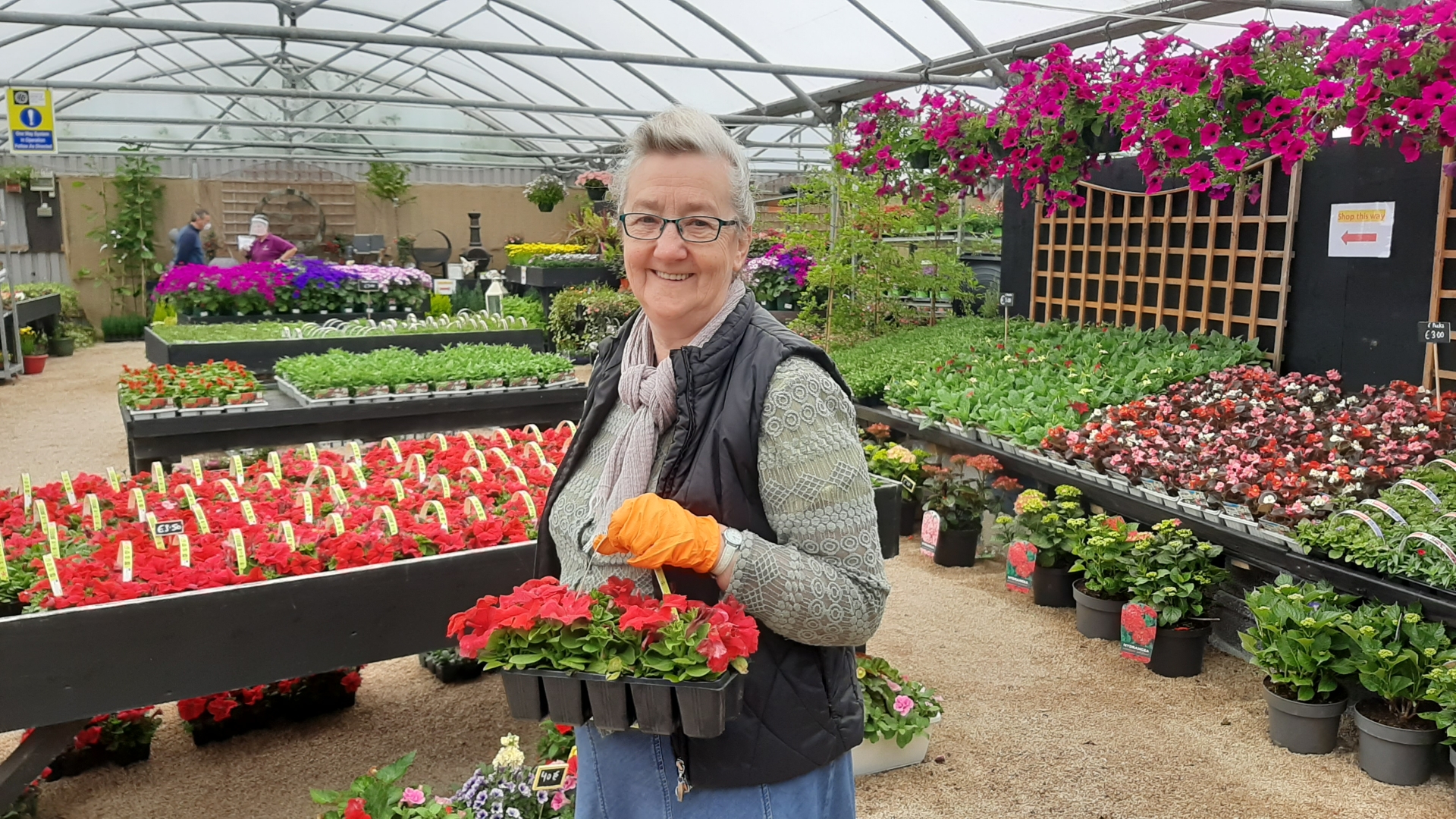 In Limerick city, there were long queues from early-morning outside large DIY and hardware stores such as Homebase, B&Q and Woodies.

"There were customers here waiting in their cars at 7am and we had queues starting to form from 7.30am. There's been a steady flow of customers since," said Winnie Coffey, store manager at Woodies on the Ennis Road.

"We are allowing a maximum in of 20 (people) at a time. If I feel it gets too busy we can lower it or raise it as we need to," she added.

Big day for business in #Limerick and across country as hardware stores and garden centres re-open after #covid19 lockdown. Here's Eoin Kerr outside @WoodiesIreland in the Ennis Rd. pic.twitter.com/jLDkgAMgon

Paint, plants and compost were the most popular items in shoppers' trolleys following the reopening of the store.

"I'm picking up a few bits for the garden for the summer. I need to get a parasol and a fire pit. We need to stay at home this summer. I think everyone has a responsibility. There won't be much in the way of holidays going on, so we need to make it as comfortable as possible, and as easy as possible," explained Hugh Fenton who was one of the first customers in the queue.

In the city centre, there has been a steady flow of customers to those stores and businesses which have re-opened after lockdown.

John Fitzgerald of Jack Fitzgerald Electrical, Henry Street has installed a hot-water sink-basin at the entrance, to aid hygiene in the store.

"This is a new normal for us now. We might not see the normal that we were used to a few weeks back. But we're glad to be back and glad to welcome our customers again. Hopefully if we all keep doing the right things, we'll get through this a lot sooner." 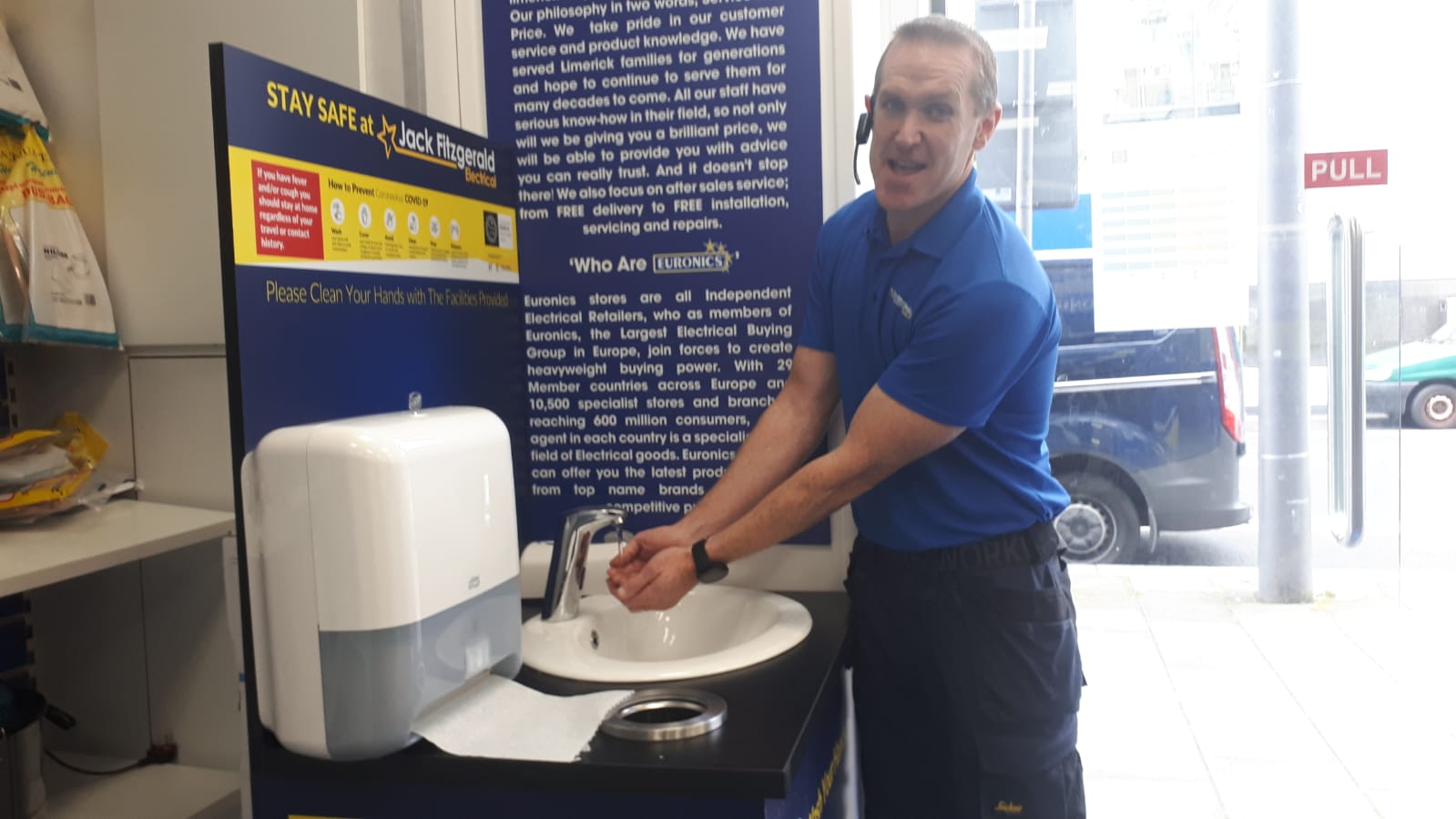 Joe McKenna Jr, of Joe McKenna's, Parnell Street, which also re-opened to the public today, said he was glad to be back.

"It's good to see people back in the shop. We've been in touch with people over the phone, sending things out through courier. But it's not the same," he said.