ONE of the oldest sporting clubs in Ireland is feeling revitalized after restoration works were completed on its roof that was ripped clean off over seven years ago.

Limerick Boat Club, established in 1870 during a meeting held in the Reading Room of the Athenaeum, Cecil Street, has suffered the same destructive fate, not once, but twice.

The first, occurred in 1872, following faulty construction works on the new boat house, whereby a storm lifted it onto Sarsfield Bridge, on the same day that a court hearing with contractors was to take place, damaging both the walls and the boats inside.

In more recent memory, Club Captain Alan Stack, who joined in 1984, recalls how an eight second video clip captured the moment that Storm Darwin “rocked the club to its core” in 2014.

“On February 14, Storm Darwin literally decapitated our boathouse or simply peeled the roof off like it was opening a tin of sardines,” he began, in conversation with the Limerick Leader at Wellesley Pier on a sunny soaked January morning.

The resulting damage left the club with nowhere to shelter their boats or equipment, and unlike 140 years previously, a few hundred pounds wasn’t going to clear the costly bill. 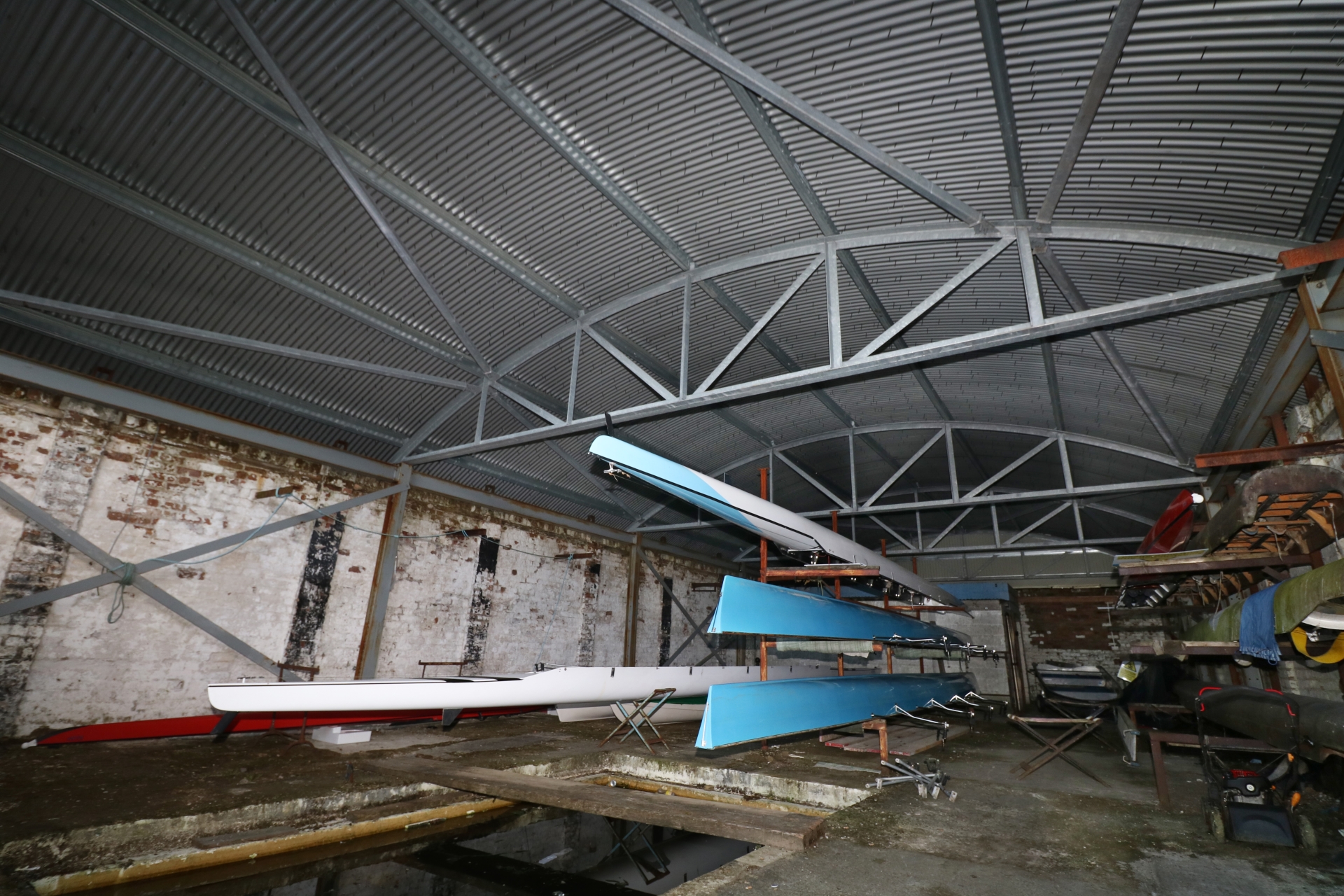 The violent gust, clocking up 146 km/h “nearly erased our 150-year relationship with the city and River Shannon,” he said, adding that as bricks tumbled down from nearby apartments, it was amazing that nobody was hurt.

Roofing works were carried out by BCL Roofing and scaffolding by Curtin Scaffolding with the design done by Garland Consultancy, all of which are local companies.

The club would like to thank the people of Limerick for their generosity as well as members donations, the JP McManus Foundation Grant and a Sports Capital Grant, which helped see the project through.

Now steering in the right direction, the pandemic has piqued the publics interest in recreational activities, and “recreational rowing” is now the driving force behind Limerick Boat Club’s ethos.

“People are discovering what an asset we have flowing through our city,” the O’ Callaghan’s Strand native, who first sat into the water at the age of 14 as a Junior rower stated.

Alan explained that over the last two years, people have been walking the three bridges,  and wondered about heading down and getting into rowing, kayaking or paddleboarding.

Recreational rowing, he tells, allows the rowers to enjoy the experience of rowing through the city, seeing it from a totally different perspective, all the while getting in a full body workout.

Over the last year, the club has run their successful “7 Bridges Learn to Row Camp”, with participants subsequently joining the club and integrating into their recreational rowing programme.

Rowing on the riverfront takes place over weekends, with evenings and mornings on offer in summer.

“It’s been vibrant over the last couple of months,” Alan expressed. “We have also got involved with initiatives to promote women in sport.”

The first of this came in the form of a 17km two-castles row, from King John’s Castle to Bunratty Castle. Another was women on the water, a Rowing Ireland Initiative. This involved very successful row camps in October and November of last year.

Membership at Limerick Boat Club is offered at €150 per year, which Alan describes as “great value for a city centre club, with a great buzz and atmosphere amongst members.” 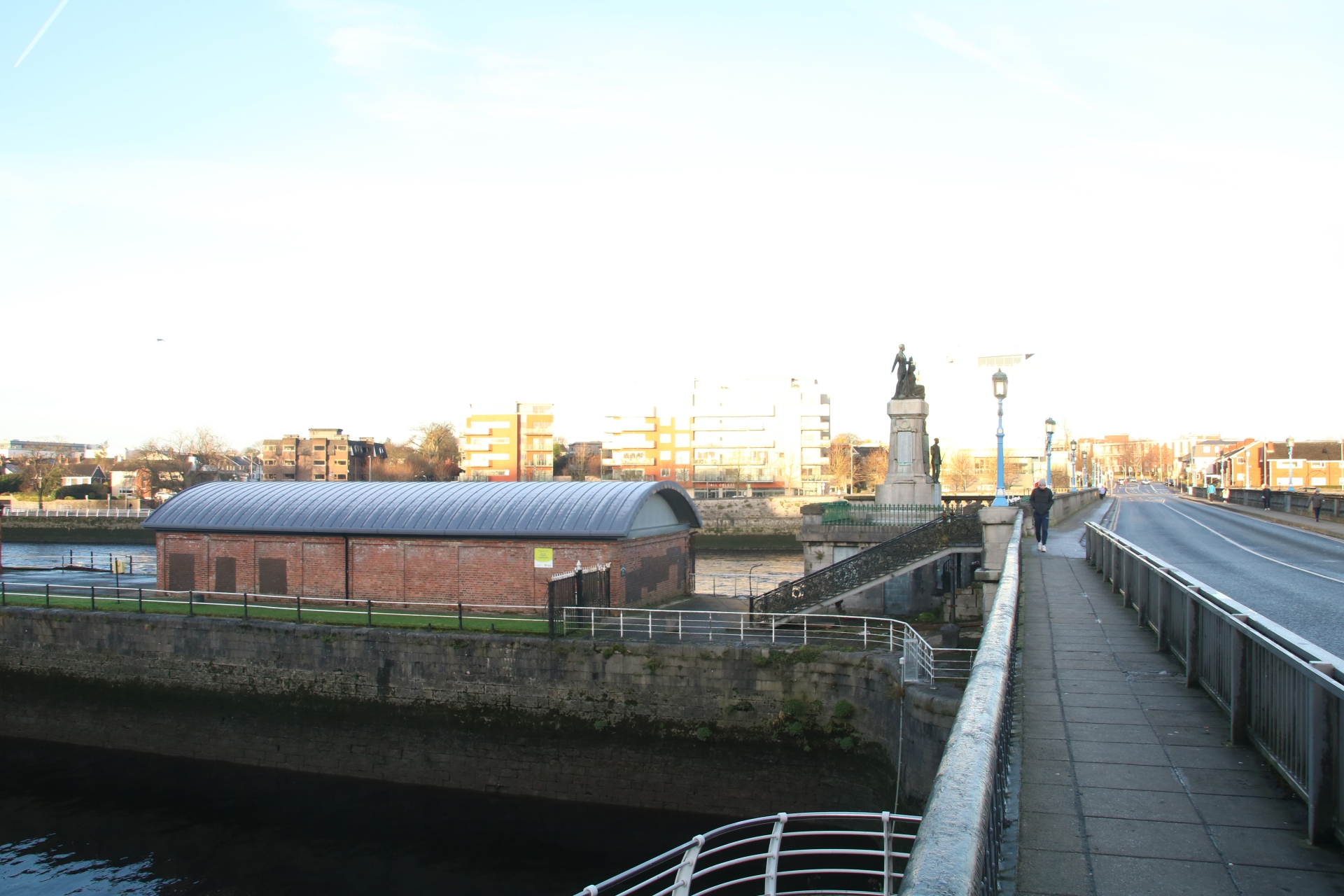 Despite their recent successes and renewed growth, sitting idle is not a part of the ideology at the club, and all hands are now on deck for the latest improvement to their riverfront home.

The goal for 2022 is to add in a pontoon slipway, which would make it easier for younger and older individuals to access their boats, and drastically cut loading times per boat.

So far, the club has received a Sports Capital grant to pursue the pontoon, but €20,000 in funding must now be raised, to complete the project.

Limerick Boat Club are hoping to follow in the footsteps of other rowing clubs, who have reported increased membership and improved safety, after installing their own pontoons.

“We just can’t sit back and admire our new roof, we have too much to do.  Our aim is to continuously improve the club for its current and new members.

“We want to offer Limerick Boat Club as a safe space for people to connect with the Shannon and learn new water-based activities,” he concluded.