THOUSANDS of people gathered at Arthurs Quay Park in Limerick city centre this Friday night to pay tribute to the former Limerick student, Ashling Murphy, who was murdered in Tullamore earlier this week.

Traditional music was played as hundreds of candles were lit around a photograph of the 23-year-old who only graduated from Mary Immaculate College last year.

"On Wednesday afternoon, a young woman went for a run and never came home again," said Cllr Elisa O'Donovan who helped organise the vigil which began at 6pm.

Addressing those present, she said Ms Murphy was an exceptional student and a talented musician who was just starting out on her career as a teacher.

"She has been described as bubbly with a sunny disposition and was greatly involved in he own community. On Wednesday her life was stolen from her and today we come together as a community to show support for the family and friends of Ashling Murphy in their unimaginable grief and to show support for each other in what can only be described as every woman's  worst nightmare," added Cllr O'Donovan. 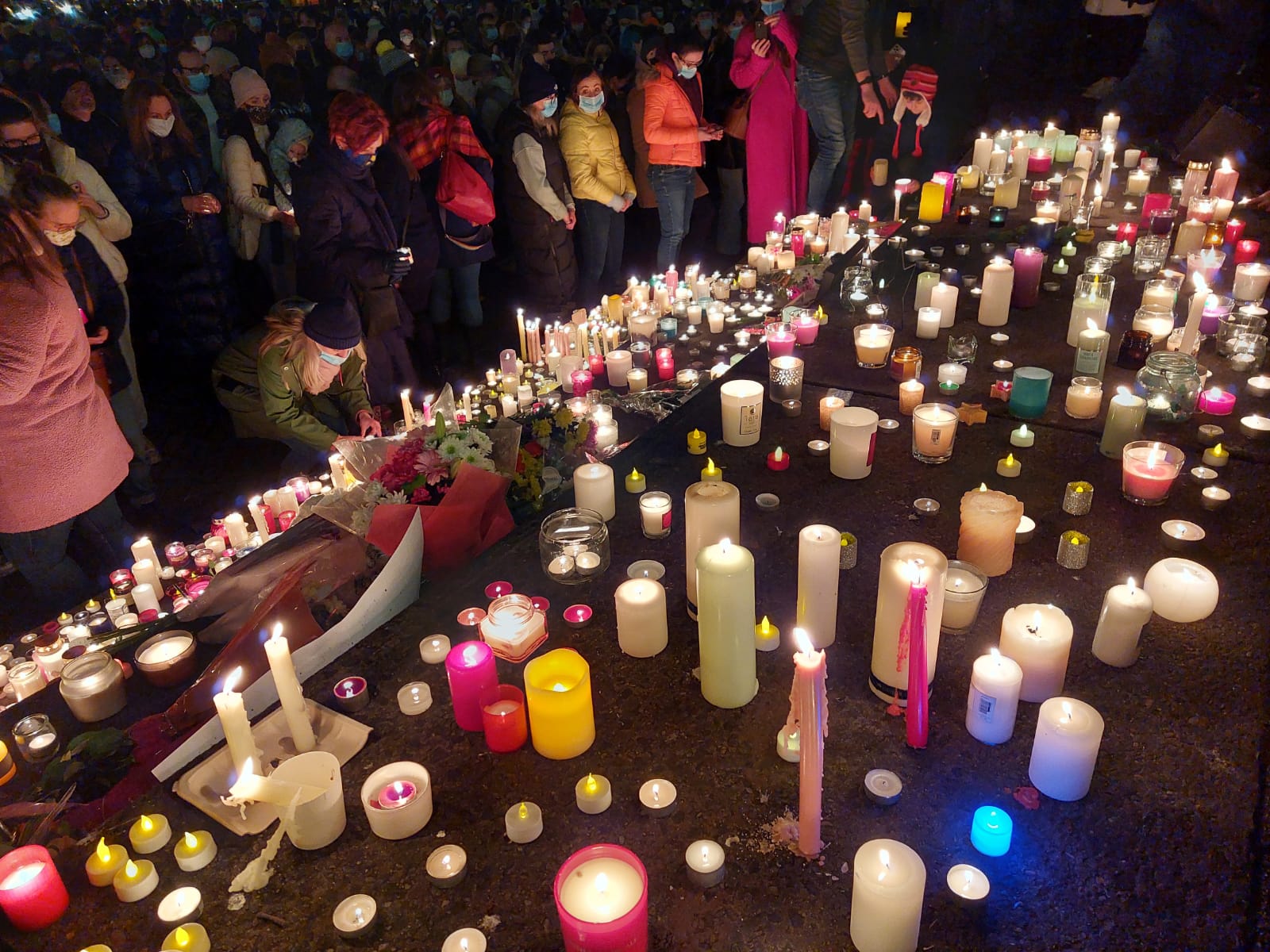 The mayor of the city and county of Limerick, Cllr Daniel Butler, who opened a book of condolence earlier this week, was among the thousands who attended the candlelight vigil.

As the garda investigation into Ashling Murphy's murder continues, her family has tonight asked for privacy.

"The Murphy family are appreciative and overwhelmed by the national outpouring of support shown to them.  The Murphy family have requested that they now need privacy, space and time to process Ashling's death," read a statement issued by the Garda Press Office.