LIMERICK’S best known busker will play on in the city after receiving a brand new accordion in the post from Italy.

Tom McNamara excitedly waited at his home in Wolfe Tone Street this Monday for the package, which arrived around lunchtime.

Upon opening the bulky shipment, he beamed: “I’m quite amazed. I’m over the moon with this.”

Tom secured the new instrument thanks, in part, to the Limerick Leader.

Last month, we reported on how the 84-year-old, a well-known face in the city, was on the look out for a new melodeon after his old squeeze box ran into problems.

Giansandro Breccia, the president of Pasco Italia, an Italian firm which has produced accordions since 1863, read the story, and made contact with the Leader to donate a brand new instrument to Tom.

He described the new Paolo Sporani elite model as being like a “new baby” for Tom, and it’s something the busker reflected when opening the package, which winged its way from Castelfidardo, a town known as The Capital of Accordion Builders.

“This is my baby,” Tom beamed, clutching his new instrument, “I will be able to play good tunes which I could not play before.”

He thanked the president of Pasco Italia, saying: “I’m delighted with him, and all the work of the factory. I’d like to say thank you very much.”

In a nice touch, the company personalised the instrument with Tom’s name.

“What was done on the back was very nice,” he said, gesturing to the name tag. “My name and all was put there. I never thought I’d have my name on an accordion. It’s just fantastic when I look at it.”

To celebrate his new arrival, Tom performed an impromptu concert for his neighbours in the city centre street.

But don’t expect to see him on the streets with his bright new instrument for a couple of weeks though – there is a bedding in period.

“This is my baby and I’ll work away with it. It’ll take some time to get used to a new accordion. It will take a bit of time practicing,” he added. 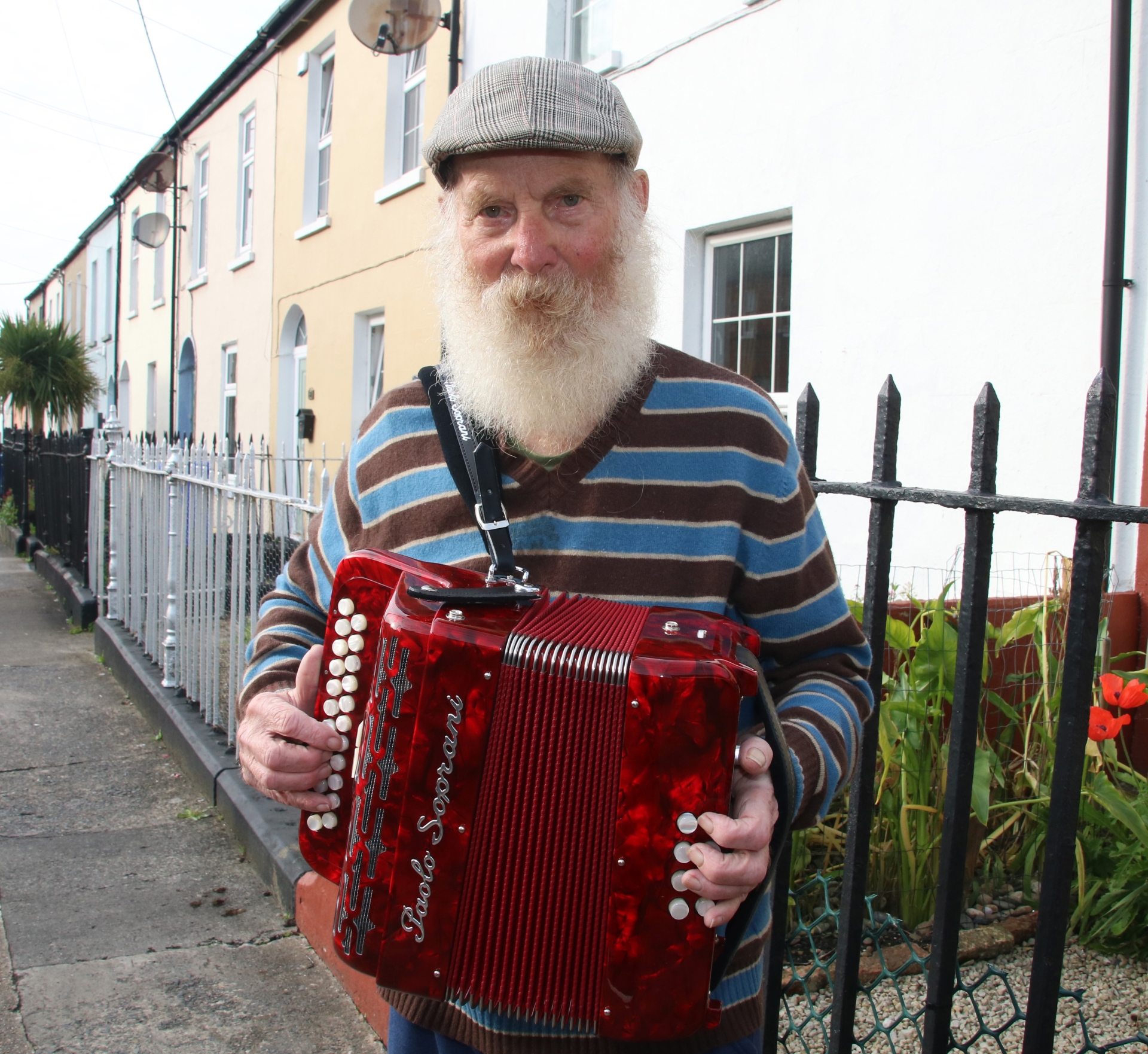 After Giansandro read our first story on Tom’s hunt for a new accordion, he said: “I am 60 years old, and have passed my life in the music business. I know for any musician, his instrument is like a child. So I understand Tom is looking for a new baby after a long time.”

The accordion normally retails for hundreds of euro.

Following the damage to Tom’s original accordion, he wasn’t able to play any of his favourite tunes.

But now that the new piece has arrived, expect to hear him back in full force across Limerick!