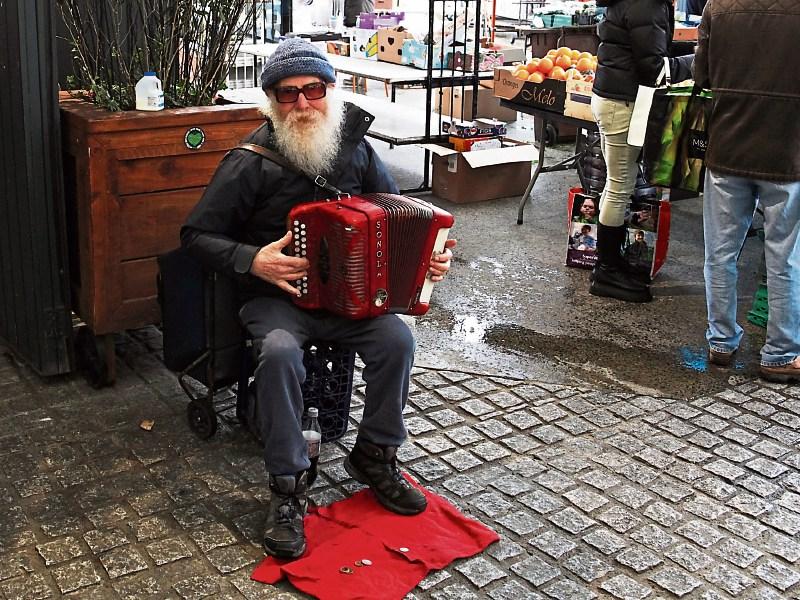 Busker Tom McNamara is a well-known and popular presence across the city | PICTURE: Brendan Gleeson

LIMERICK’s best known busker is on the look out for a new accordion after his current instrument ran into trouble.

For decades, Tom McNamara, who is 84, has played​ music across the city centre.

But inevitably his squeeze-box has suffered a bit of wear and tear in that time.

And now, one of his neighbours – who wishes to remain anonymous – has revealed that the musician needs a new instrument.

“Everyone knows Tom. I’d run into him a lot in Barrington Street. He changed his instrument there going back two months. He told me there was an issue with his old one, and the guy who is fixing it is taking time, and there is one valve gone on the one he is using,” said Tom’s neighbour.

He’s tried a few outlets already, including the online marketplace, www.donedeal.ie, but to no avail.

Sadly for Tom, the continued Covid-19 restrictions has meant he’s  been unable to travel to view a potential new accordion.

So, his neighbour says, he feels a mention in the local newspaper might persuade people to come forward.

“I was chatting with him outside Penneys,” the neighbour recalled, “I figured his popularity was such that a shout out in the local newspaper might turn something up somewhere and they might let him have it for a reasonable price.”

In a video produced by media agency, Southern, Tom revealed that it was his father who taught him to play the melodeon, and he started playing on a regular basis after his mother passed away.

He did this as he could not be stuck in the house.

If you have an accordion you can offer at a fair price, just approach Tom next time you see him in the city!