MINISTER for Rural and Community Development, Heather Humphreys, was in Limerick today to officially open a number of projects in the west of the county.

Minister Humphreys spent the day visiting and officially opening a number of projects funded by her Department.

The visit included a number of community projects including the official opening of Barnagh Playground on the Limerick Greenway.

Minister Humphreys also opened the new Abbeyfeale E-Hub, which has seen the renovation of an old bank building into a digital and remote working hub.<

.@HHumphreysFG has officially opened the Dromcollogher Community Park and Walking Trail during a visit to west Limerick. See further coverage at https://t.co/dvZaT8odRj and in print | @brendangleeso11 pic.twitter.com/njgPzliubj

The Engine Hub is located in what is known locally as the “red bank” on the town’s Main Street.

The plan to transform it into an e-hub were first mooted in 2016 but took practical shape in April 2019 when Innovate Limerick bought the building. 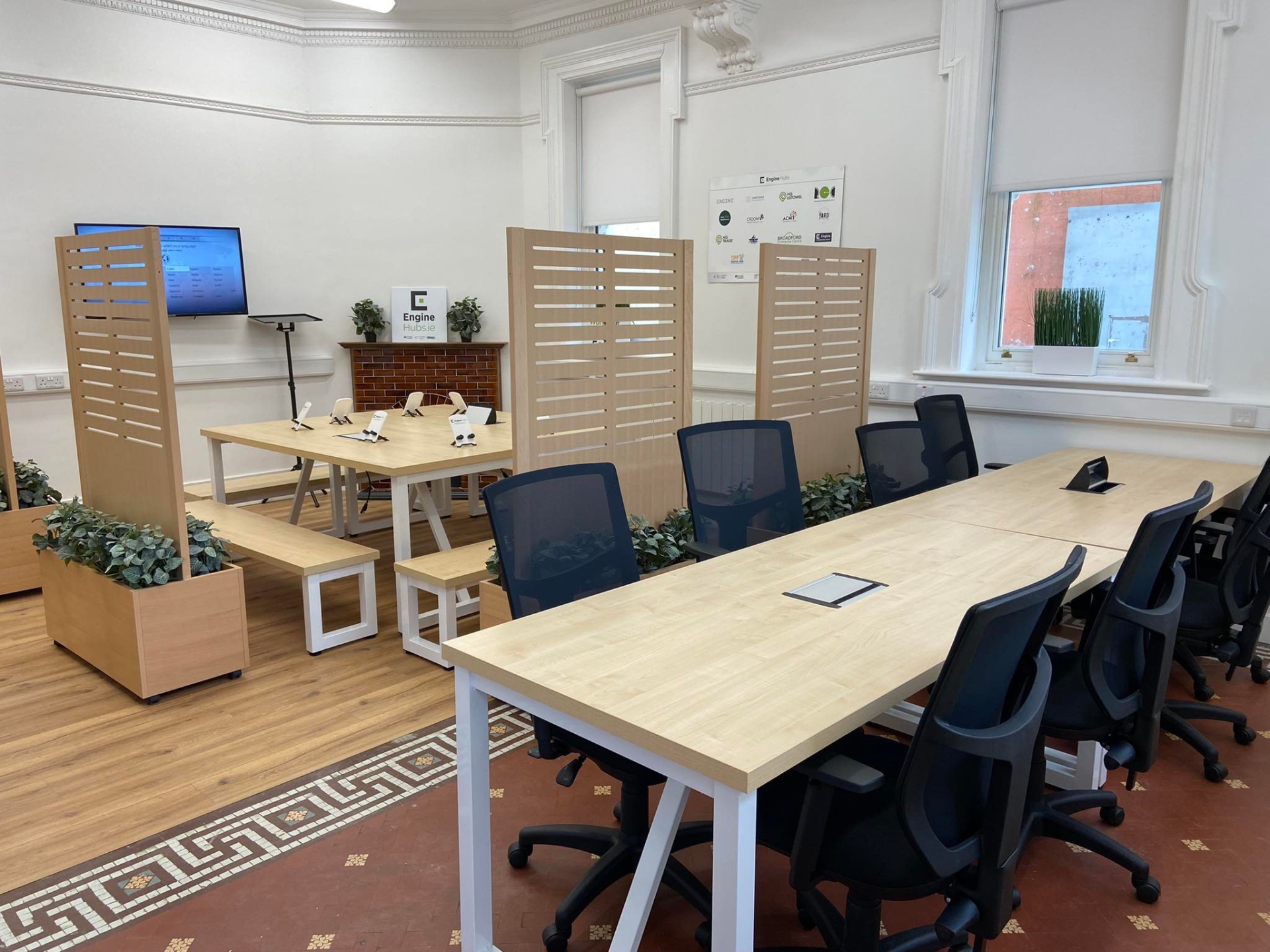 €200,000 from the Town and Village Renewal scheme was allocated to the project to help bring it to life.

The hub is designed to support remote workers with a hot-desking facility, meeting rooms and a coffee dock.

Speaking in Abbeyfeale today, Minister Humphreys said the e-hub was a great facility for people who wish to work remotely.

"This is a wonderful facility and I am delighted to see my department’s funding put to such good use.

"Under the popular Town and Village Renewal Scheme, we have provided €200,000 to fit out co-working spaces at this former bank.

"Really, this facility sums up what my Department and the Our Rural Future policy is all about.

"Right across the country, we are taking old buildings such as banks, convents, factories, cinemas – and redeveloping them as e-hubs and remote working facilities.

"It’s all about breathing new life into our towns and villages such as Abbeyfeale – making them better places to live, work, and raise a family.

"And it’s about saying loud and clear – Rural Ireland is open for business."