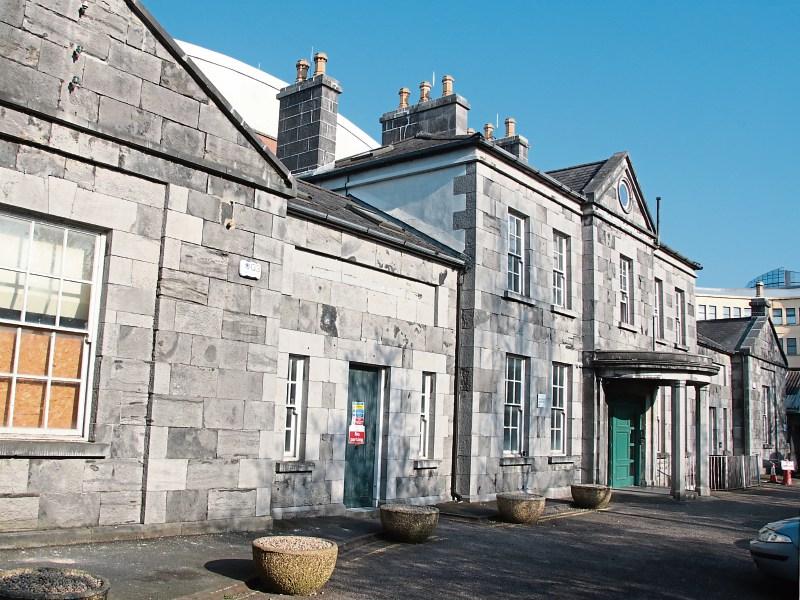 Tenants of the Shannon Arms apartment complex in Henry Street have received notices to quit their homes | PICTURE: Adrian Butler

A CALL HAS been made to bring a Limerick apartment complex, whose tenants have been issued notice to leave, into public ownership.

It has emerged that around 60 tenants based at the Shannon Arms in Henry Street have received letters from their landlords informing them they have to leave their homes on various dates this year.

The communications, sent on behalf of different named landlords, have in some cases informed residents the properties are being refurbished, and in other situations, stated the homes are being sold.

It came to light last week​ when Limerick TD Willie O’Dea raised the matter in the Dail.

Now, the residents have met with the Community Action Tenants Union​, with the gathering also attended by former councillor and campaigner Cian Prendiville. He has co-signed a letter with People Before Profit TD, the party’s housing spokesperson, Richard Boyd-Barrett asking both the council and the minister Darragh O’Brien to bring the complex into public ownership.

In the letter, the pair write: “Most of these apartments are currently rented through the Housing Assistance Payment (Hap) and Rental Assistance schemes, with the State, therefore, paying thousands of euros every year for each apartment. As recently as 2017 apartments in this building were sold for €58,300. In the five years since then, a €1,000 a month rent would have therefore have more than covered the cost of purchasing these apartments. But instead, the state has been renting them via the Hap scheme.”

Mr Prendiville and Mr Boyd-Barrett cited a scenario in 2017 when tenants at Fisherman’s Quay in Grove Island saw the apartments they were renting purchased by the Mid-West Simon Community, which subsequently agreed to ensure the occupiers could remain in situ.

“We are urging the state to intervene now, bring this building into public ownership to prevent these evictions, protect the tenants and save public money currently being spent on Hap,” the letter adds.

The Leader has contacted the Department of Housing and the local authority for a response.

In the Oireachtas last week, Mr O’Dea did secure a commitment from his party leader, the Taoiseach Micheál Martin that Housing Minister Mr O’Brien would intervene.​

Mr Martin said: “This behaviour should not be tolerated in this day and age.”

The former Defence Minister gave his opinions on the tactics being employed by the landlords, saying that they are “reminiscent of the behaviour of the absentee landlord during the great famine of the 1840s.”

He added: “This is not the 1840s. I'm asking the Taoiseach if the Minister for Housing can be asked to assist these people.”

A spokesperson for M&C Property, the letting agent for a number of properties in the Shannon Arms said the firm did not act on behalf of any of the landlords in the issue of notice to tenants, or the administration of such notices.

“I would also like to point out that there are several different owners of apartments in the Shannon Arms and M&C do not represent all of them,” the spokesperson added.

“The clients whom we represent fully respect the RTB process and will engage in said process if any of their tenants choose to exercise their right to refer any matter to the RTB.”